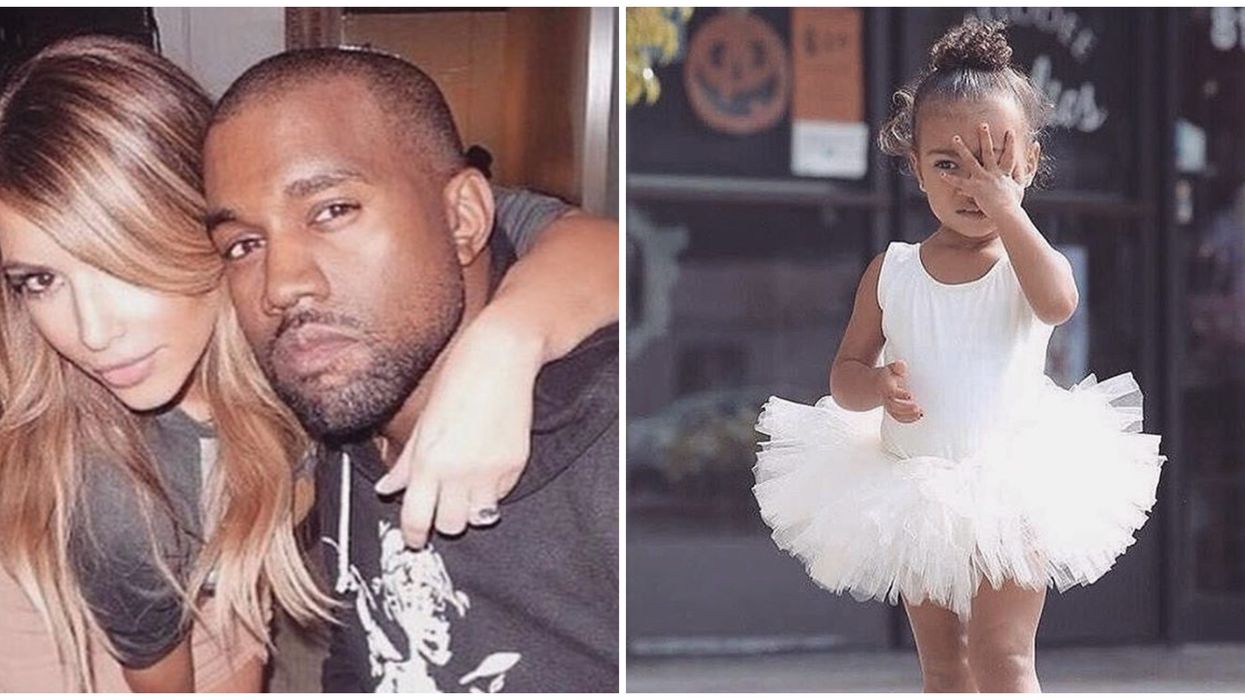 Kim Kardashian and Kanye West's daughter, North, just celebrated her fifth birthday! Her day was filled with candy, sundaes and tons of other amazing things that would make any five-year-old happy.

Kim posted pictures and videos all day long from North's birthday festivities and her daughter looked elated! But as we all know, five-year-olds can't mask their emotions that well and for a child, things can go from amazing to awful in mere seconds.

It looks like North threw a bit of tantrum when she was on her way to her birthday party at the Polo Bar in New York City.

This photo just surfaced on the internet of Kanye trying to wrangle his daughter on their way to her birthday celebration... In the photo, you can see Kanye carrying his crying daughter, who's clearly throwing a fit.

If anything, this makes Kanye seem way more relatable. It looks like he's actually one of us!? We all know what it's like to try and take care of a kid who's throwing a tantrum and it's not fun. As for North, we're not too worried. We've seen tons of other photos from her birthday and she looked super happy! It seems like this was just one of those momentary tantrums that went as quickly as it came.

Just yesterday, Kim received a ton of hate after she straightened North's hair for her birthday. It seems like it's been a crazy few days for the West family!