It's seen a lot of history! 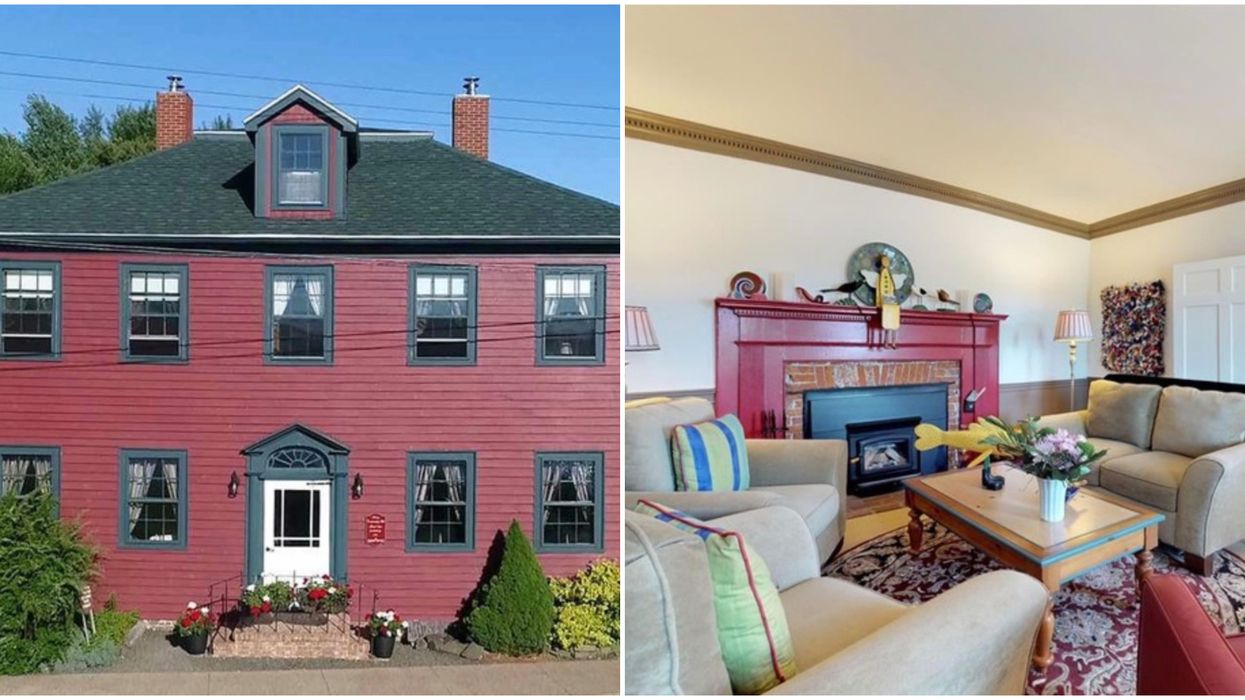 A house with a little bit of history can be great, but how about a house with a century and a half of history? One of Nova Scotia's historic homes for sale right now is not only a great piece of Canadian history, it's actually older than Canada itself.

Located in Annapolis Royal, Nova Scotia, the house at 150 St. George Street was constructed in 1770. That means it was standing almost a full century before Canada became a country.

Known as the Bailey House, the home now serves as a bed and breakfast, so anyone who is looking to buy it should also be interested in running a business.

The house has seven bedrooms and seven bathrooms, with four of them able to serve as guest rooms. there is also a separate coach house that offers even more space with two bedrooms, a sitting room, and a four-piece bathroom.

Despite its age, the Bailey House has been outfitted with modern touches while still keeping its historical charm.

From its time being built in 1770 by Scottish carpenter John Easson, the Bailey House has changed hands a number of times.

The property had also once served as a boarding house in the 1800s.

The woman who ran it with her daughters was Elizabeth Bailey, hence the name of the house.

She was famous for a soup made out of moose nose. Sounds delicious.

The Bailey House also became an important part of the writings of Thomas Chandler Haliburton, a Nova Scotia author who was most famous for his Clockmaker series of books in the 1820s to 1840s.

While it wouldn't exactly be a conventional home, since it would also be a business, owning the Bailey House would be like owning a piece of Canadian history.

Description: A piece of Canadian history that can be your home and your business.