Say goodbye to plastic bags at the checkout lane. 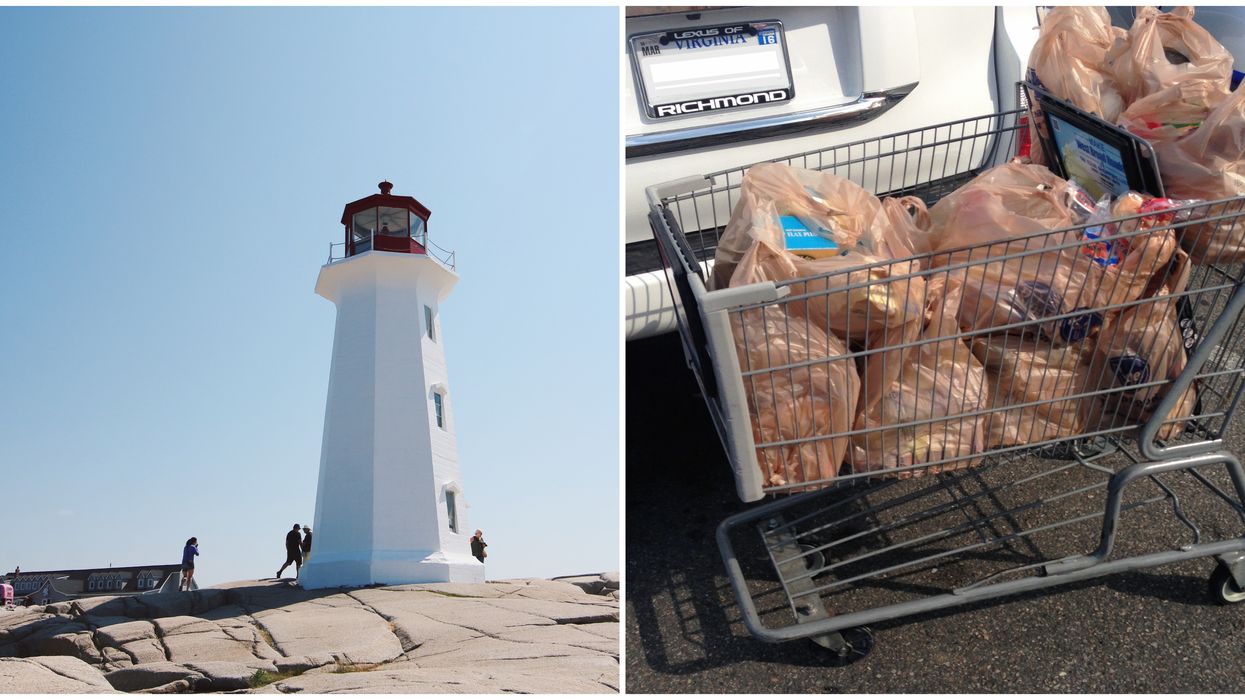 If you live in Nova Scotia it's time to invest in reusable grocery bags. The Nova Scotia plastic bag ban was officially passed on October 30. Now stores across the province are getting ready to phase out single-use plastic bags before the law fully comes into effect.

Nova Scotia is one of few Canadian provinces that are taking serious action to reduce the amount of plastic waste in Canada. Their provincial MLAs passed legislation that bans single-use plastic bags from grocery stores and other retailers in the province.

"It's going to change the way Nova Scotians go to grocery stores," said Gordon Wilson, Nova Scotia's environment minister, after announcing the bill to ban plastic bags. "This legislation is an important piece that will help us move forward."

On September 26, Nova Scotia's majority Liberal government introduced a bill to ban single-use plastic bags in the province. More than a month later, on October 30, the plastic bag ban legislation was passed.

Some municipalities across Canada have banned single-use plastic bags already but it's not common for the bags to be banned province-wide.

A ban on single-use plastic bags went into effect in PEI in July 2019, Newfoundland & Labrador has introduced legislation for a ban, and Manitoba has said they will have consultations about moving forward on a ban.

Nova Scotia is definitely ahead of the game on with this.

Though legislation for the ban passed on October 30, the law won't come into effect for a year to give grocery stores, other retailers and the public time to adjust and prepare.

Stores can stop making single-use plastic bags available as soon as they like so if retailers are passionate about this issue then changes could be seen in stores before the law actually comes into effect.

"That'll be up to the industry. We see some that are doing it now," Wilson told the CBC.

The new legislation does have some exemptions like bags used by dry cleaners, bags used to wrap car tires and bags used for items like fish and bulk foods.

There are also exemptions for food banks and charities.

Sobeys is also making a difference when it comes to single-use plastic bags in Atlantic Canada and across the whole country.

The company, headquartered in Nova Scotia, announced in July 2019 that all plastic bags will be removed from its grocery stores in Canada by the end of January 2020.

And on October 29, the company unveiled a huge picnic table on the Halifax Waterfront that was built from 60,000 recycled plastic bags. Sobeys plans to donate even more public seating made out of recycled plastic in Atlantic Canada.

But not everybody is on board with a ban on single-use plastic bags.

When legislation was first introduced, Alberta premier Jason Kenney bashed the ban and called it a "meaningless, symbolic gesture."

He also said that Alberta wouldn't follow suit with a similar ban of its own.

"Taking millions of bags out of circulation is not symbolic. Changing the way we think going into a grocery store is not symbolic," said Wilson, disputing criticism from Kenney.

Back in June 2019, Justin Trudeau's Liberal government announced plans to ban single-use plastics in Canada as early as 2021 to reduce the country's plastic waste.

Even though single-use plastic bans aren't popular with some people, we all might be soon following in the footsteps of provinces in Atlantic Canada like Nova Scotia.