At least 18 people have died. 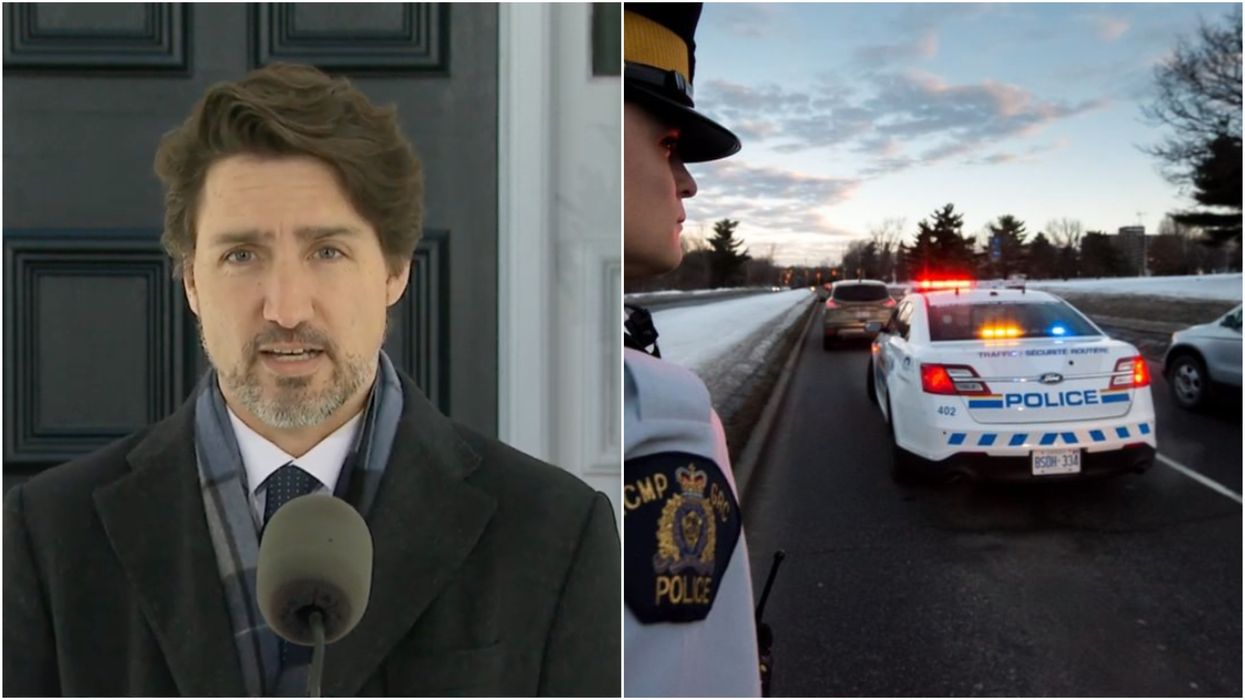 As the death toll continues to rise, the April 19 Nova Scotia shooting has become the deadliest mass shooting in Canadian history. On Monday, it was announced that at least 18 people have died, and several more have been injured. Victims include a police officer, an elementary school teacher, and a nurse.

On Saturday April 18, Nova Scotia RCMP responded to a firearm complaint in the small town of Portapique. What followed was a 12-hour rampage, during which at least 17 people were killed by a gunman.

According to CBC News, a nurse and a local care assistant were also killed during the attack.

On Monday, reports confirmed that at least 18 people had died during the massacre, including the 51-year-old shooter. A number of people are also believed to be injured, including an RCMP officer.

With a death toll of at least 18 people, the Nova Scotia shooting has now become the deadliest mass shooting in Canadian history. It has surpassed the 1989 Polytechnique massacre in Montreal, during which 14 people were murdered.

According to police, it is still possible that this death toll could rise further.

This is because the suspect travelled across the province in an attack that was “at least in part, very random in nature,”  RCMP Chief Superintendent Chris Leather explained on Sunday.

Leather continued, “As we're standing here, the investigation continues into areas that we have not yet explored across the province."

During the attack, the suspect was dressed as a police officer, and was driving an RCMP lookalike vehicle. For this reason, police initially believed the massacre was planned.

Gabriel Wortman is currently in the #CentralOnslow #Debert area in a vehicle that may resemble what appears to be a… https://t.co/DveJm7w6Dq
— RCMP, Nova Scotia (@RCMP, Nova Scotia)1587302517.0

The Nova Scotia shooting has now become the deadliest mass shooting in Canadian history, surpassing the death toll of the 1989 Polytechnique massacre in Montreal.

During the attack at l'École Polytechnique in Montreal, the gunman shot 27 people, 14 of whom died.

The shooting rampage spread across three floors and several classrooms.

During the attack, the shooter reportedly shouted “I want women.” All 14 of the people killed were women.

In a statement on Monday morning, Prime Minister Justin Trudeau paid tribute to the victims of the Nova Scotia attack.

“Such a tragedy should have never occurred. Violence of any kind has no place in Canada. We stand with you and we grieve with you," Trudeau said.

When asked whether the massacre will affect Canada’s gun control laws, Trudeau responded, “We are committed to strengthening gun control in this country.”

He also noted that the COVID-19 pandemic had postponed the Liberal government’s plans to ban assault-style weapons.

"Do not give him the gift of infamy." PM Trudeau asks for media to not name or show photos of the gunman in the… https://t.co/bQoxKop5wB
— Courtney Theriault (@Courtney Theriault)1587397917.0

On Monday, Trudeau asked reporters not to mention the name of the shooter, or publish his picture. Instead, he urged Canadians to focus on "the lives we lost, and the families and friends who grieve.”