A Teacher, Nurse & RCMP Officer Are Among The Victims Of Nova Scotia's Mass Shooting

A family of three was also killed. 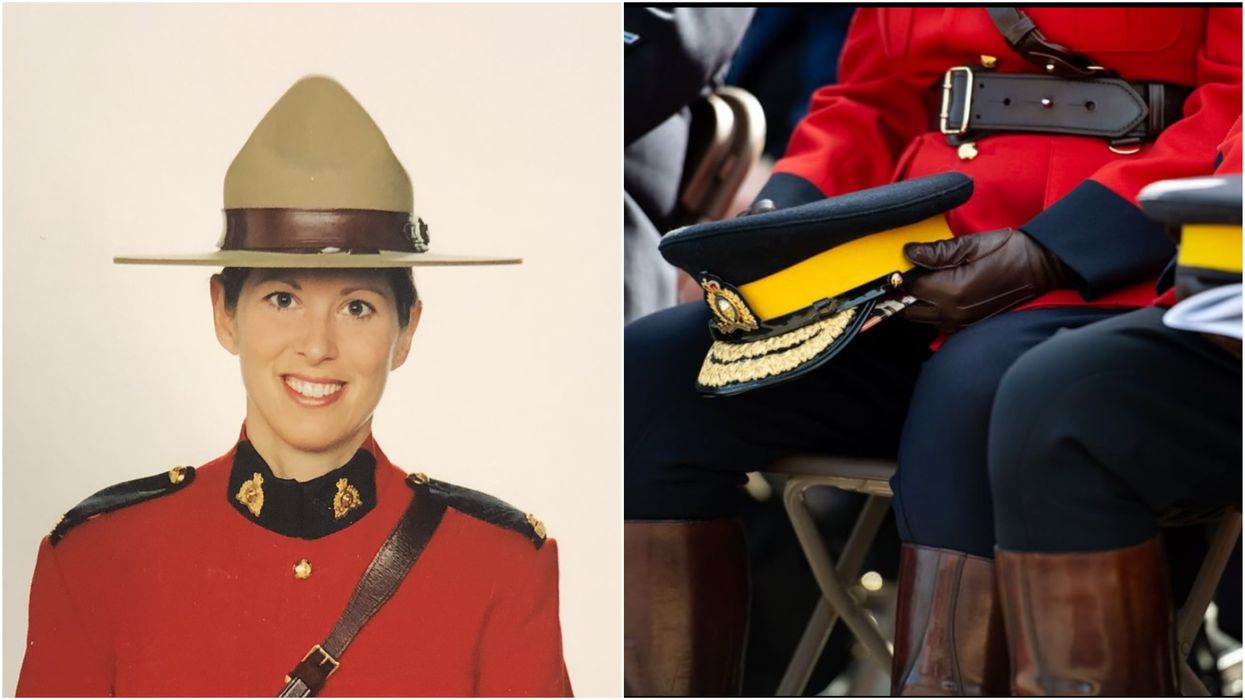 After a deadly attack took place this weekend, Canadians are paying tribute to the victims of the Nova Scotia shooting. Among those killed were a nurse, a teacher, and a veteran police officer. At least 18 people are believed to have died.

A 12-hour shooting spree that began in the small Nova Scotia town of Portapique has become the deadliest mass shooting in Canada’s history.

As of Monday morning, 17 people are confirmed to have been killed by the 51-year-old gunman. The suspect has also died.

Among the victims was an RCMP officer. Constable Heidi Stevenson had been a mountie for 23 years and was a mother of two. She was killed in the line of duty.

On Sunday evening, Prime Minister Justin Trudeau paid tribute to Constable Stevenson, writing, “Our hearts go out to the people who have lost loved ones, and to the RCMP family mourning a fallen officer.”

As part of the RCMP’s tribute to Stevenson, Assistant Commissioner Lee Bergerman wrote, “Heidi answered the call of duty and lost her life while protecting those she served.”

Noting that she was both a wife and a mother, Bergerman added, “I met with Heidi’s family and there are no words to describe their pain.”

As part of his statement, Bergerman also confirmed that another RCMP officer had been injured during the attack, and was currently receiving treatment in hospital. The officer’s condition is stable.

"This tragic incident has also resulted in many victims outside of the RCMP," the notice continues.

According to CBC News, this includes a nurse, a care assistant, an elementary school teacher, a family of three, and two corrections officers.

Aaron Tuck, Jolene Oliver and Emily Tuck were a family of three, all reportedly killed during the attack.

According to CBC, the family moved to Portapique two years ago to be closer to Aaron Tuck’s mother, who was sick. Emily Tuck was just 17 years old.

Sean McLeod and Alanna Jenkins were both corrections officers at prisons in Nova Scotia. They lived together in West Wentworth, about a 40-minute drive north of Portapique.

They were both killed on Sunday morning after a fire broke out and gunshots were heard.

Tom Bagley was also shot and killed on Sunday morning.

CBC reports that Bagley's daughter posted on Facebook that her dad had died trying to save other people.

"This beautiful soul was taken from me so unnecessarily. I can't even comprehend it," she wrote.

Lisa McCully, a teacher at Debert Elementary School, is also confirmed to have died.

McCully had been a teacher for several years at the school and a mother of two. She also lived in Portapique.

It is with heavy hearts that we share we lost one of our teachers in the tragedy on the weekend. Lisa McCully was a… https://t.co/xUcsdqDJwX
— CCRCE (@CCRCE)1587391354.0

Additional details about the victims have yet to be confirmed by police.

"It’s okay to feel sad, or angry, or hopeless. But what’s not okay is to bear all of those feelings alone," Premier Stephen McNeil said on Sunday.