Shark struggles could mean fish shortages for your dinner plate. 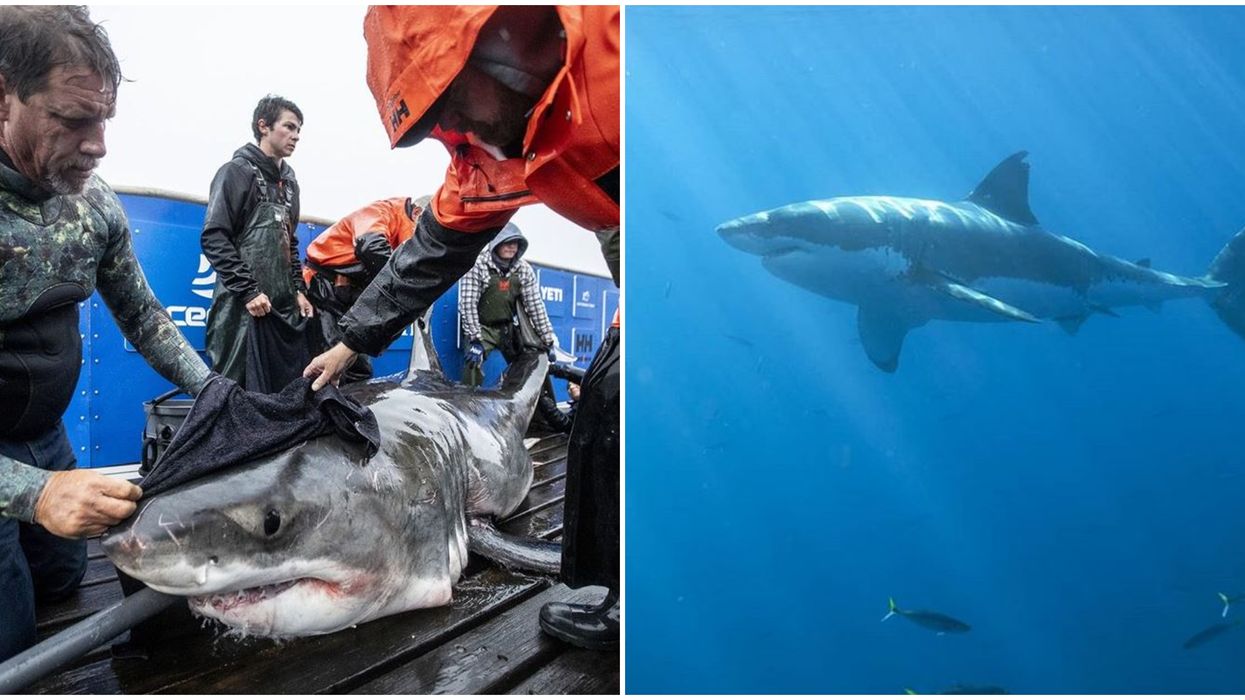 While it’s always a good idea to treat anything in the ocean with a healthy dose of respect, sharks aren't quite the cold-blooded killers that Hollywood films might make you believe. There's so much more to them than sharp teeth and being predators of the deep. Ocearch shark researchers seek to uncover the mysteries of these marine creatures while racing to preserve and help our marine ecosystems thrive. They’re calling it The White Shark Puzzle, and it affects all of us — right down to keeping fish on our dinner plates for generations to come.

Very little is actually known about the species as a whole — it's no wonder that Hollywood depictions of sharks can vary so much. From habitat and foraging to nursery sites and mating, these are all parts of the White Shark Puzzle researchers are striving to piece together.

Yesterday, researchers at Ocearch went live on Twitter to discuss different pieces of the puzzle and their effects.

With extensive tagging and tracking efforts, which you can view on their shark tracker page, researchers have identified the sites most critical to shark survival. Conserving these sites is vital to protecting white sharks, as they act as the balance keepers of our oceans.

Zooming out on the bigger picture, the panel of researchers and veterinarians said that without sharks serving in their predatory role, fish populations would eat themselves to starvation, harming the rest of the ocean ecosystems as well.

In the future, this could leave fishermen with nothing to pull from the salty depths for you to cook up with a squeeze of lemon.

During the live stream, the researchers explored the idea that because white sharks are at the top of the marine food chain, collecting different bodily samples could give researchers greater insight into the general overall health of the oceans.

Ocearch also said tagged females like Unama’ki and Lydia will give their researchers some of the best data. These girls could eventually lead them to more undiscovered birthing and nursery sites, which will help them to better understand how to conserve these sea creatures.

The sale of shark fins is still prevalent in Florida, even leading to a recent bill that passed in the Florida senate banning the sale, possession, and trade of them. Jacksonvillenews.com reported that close to 70% of common shark species involved in the fin trade is at risk for extinction.

Climate change has also been connected as a factor for dwindling fish numbers. Global Research reported that a local fishery in Alaska was even forced to close for their 2020 season due to an extreme drop in the number of cod in their oceans linked to climate change.

While a timeline outlining when fish shortages could start to be a bigger problem hasn't been released, the research surrounding the shark impact has been ongoing.

There’s no place like the ocean to remind us that we're all connected, and even the fate of our biggest predators will impact the way we humans eat and live.