Doug Ford's Cellphone Ban Is Getting Attacked By The "OK, Boomer" Movement 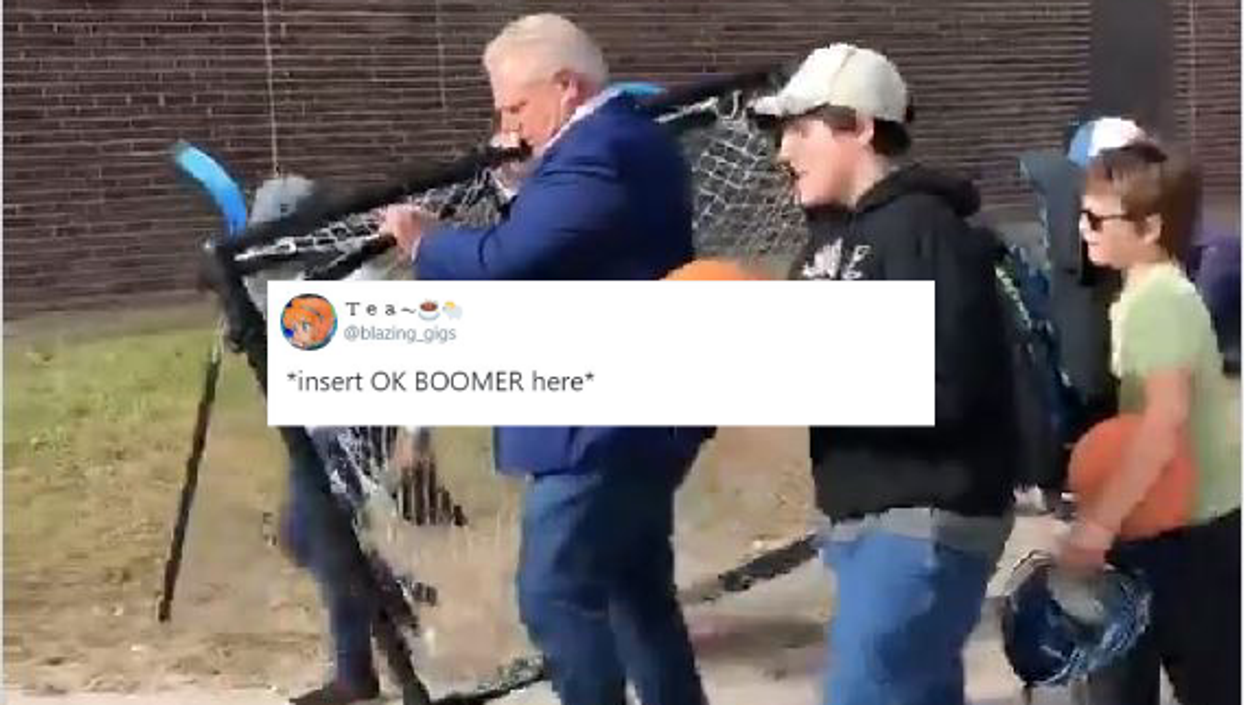 With recent changes to laws in Ontario, highschool students across the province are now dealing with the new cellphone ban in classrooms. Whether or not the measure will prove effective remains to be seen, but Doug Ford's certainly getting some heat online. "OK, boomer" has been trending all over the U.S and is now being used in Canada, particularly towards Ford and his ban.

If you're unfamiliar with the slang term "OK, boomer," allow us to explain. Boomers are, of course, people born during the "baby boom" era, generally defined in the U.S. as between 1946 and 1965.

Perhaps it shouldn't come as a surprise that Ford is getting the treatment. Ontario's premier has been known to dabble in social media and pop up in comments sections from time to time.

He even notably made his own video about the ban, sharing it onto his Twitter page. Some people had a lot of fun with that immediately, including comparing the premier to the Trailer Park Boys.

It's fair to say not everyone has been on board with the classroom cellphone ban so far.

And plenty of people — particularly students, we imagine — have taken to Twitter, and the trending phrase, to make that known.

The surging popularity of the phrase has actually seen a debate online recently, as some people argue using "boomer" in this way is derogatory.

A U.S. radio host even tried to argue it carries similar negative weight as the racially-charged n-word. Which, you know, it really doesn't.

In fact, Dictionary.com launched a wonderfully scathing response to that suggestion by tweeting: "Boomer is an informal noun referring to a person born during a baby boom, especially one born in the U.S. between 1946 and 1965. The n-word is one of the most offensive words in the English language."

Regardless of how you feel about it, it seems "OK, boomer" is the phrase of choice for millennials in this time when generations differ so drastically over issues such as climate change support and denial.

The first on the list and the most expensive is Vancouver, followed by Toronto. In fact, the top 10 least affordable cities are all within Ontario and B.C. Here's what it costs on average to rent a one-bedroom apartment in Canada's most expensive cities: