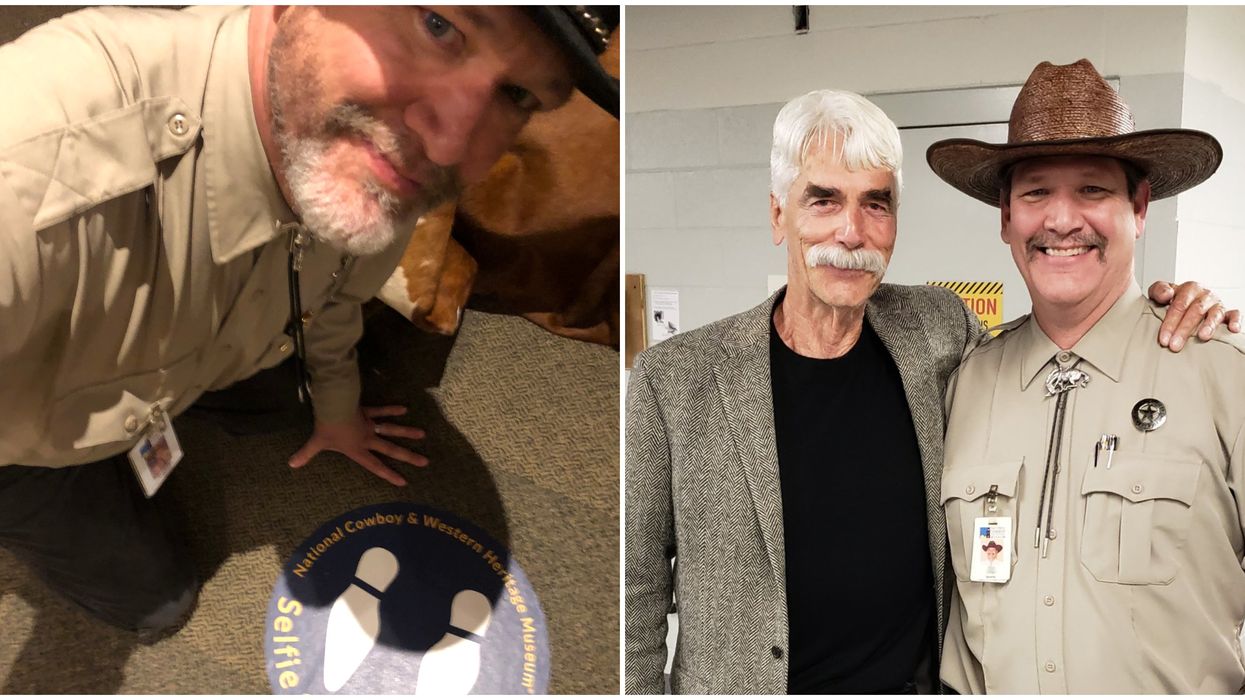 March has been a difficult month for many of us, with endless businesses and companies having to close across the globe. While countless tourist spots are being shut down until further notice, the show must go on, and this Oklahoma museum knows just how to keep their fans entertained during this time. The National Cowboy & Western Heritage Museum in Oklahoma City has its security guard running their Twitter account since all other employees are stuck at home.

On March 17, Tim, the head of security, introduced himself on Twitter to all of the museum's followers. He announced that he would be taking on social media management while the museum is closed.

Though he is new to the role, he has already gained a bunch of followers eager to see what he has to say next.

His puns and "dad jokes" are never-ending and his kind, innocent humor is making everyone want to follow along his Twitter journey.

He signs out all of his tweets with "Thanks, Tim" and takes photos of all the exhibits that catch his eye or stand out among the others.

Tim shouts out his grandkid, Lucas, in several of his tweets, mentioning how Lucas has helped him learn how to use Twitter during his time in the new role.

However, he still can't manage to write out a hashtag correctly. It's okay, Tim, you're doing your best.

During his second day on the job, he Tweeted "Twitter tips, please" with a tweet following that one saying "Sorry, thought I was Googling that. Thanks, Tim."

Whether Tim is just very bad at using social media, or he knows how to get his audience laughing, he is definitely bringing smiles to others faces during a not so happy situation.

As he roams the long hallways of the National Cowboy & Western Heritage Museum, he takes photos and videos so everyone can explore with him. And he's still trying to catch the Toy Story dolls moving when he's not looking.

After tons of puns, hashtags, shoutouts, and awesome photos, Tim is truly making this time a better one. Plus, he shared a link you can click to take a virtual tour of the Cowboy.

Stay home and stay safe, everyone, and be sure to keep up with Tim on Twitter!