To say it's no frills is an understatement. 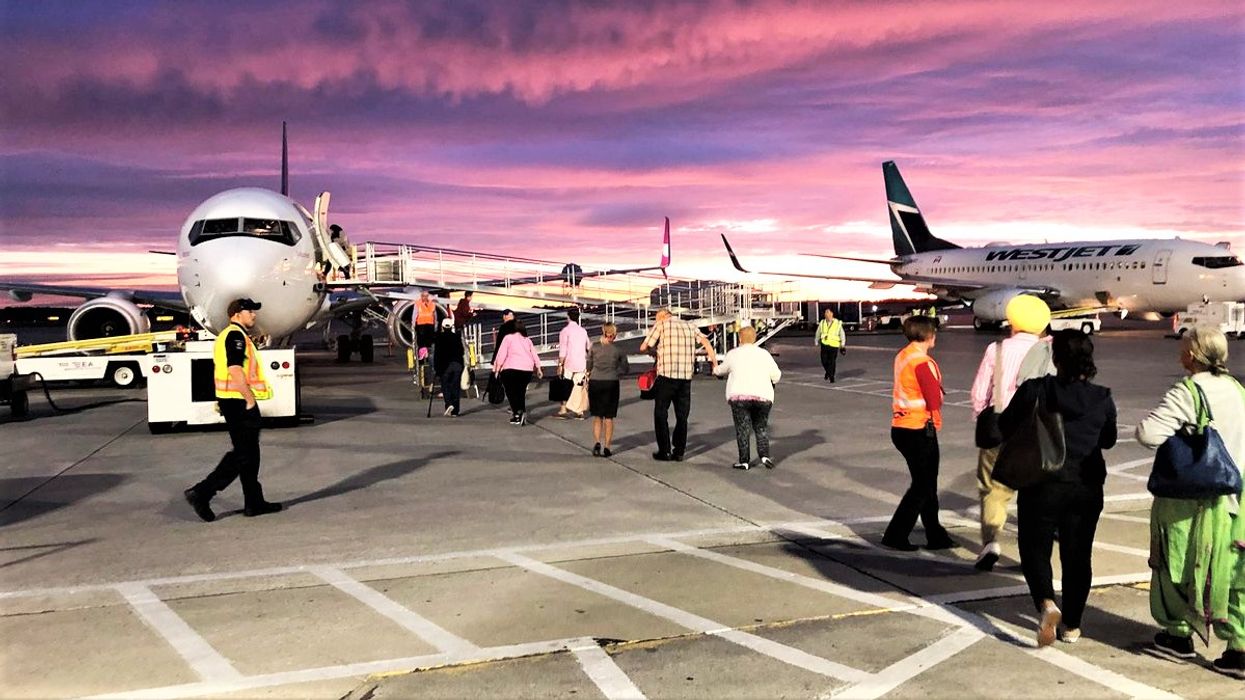 Brian Lewis got to the Hamilton airport bright and early at 4:15 AM this morning. He was a passenger on Swoop Airline's inaugural flight to Abbotsford, BC.

The low-cost no-frills carrier took off at 5:45 AM meaning Brian had to get to the airport even earlier, but being from Hamilton he actually found the commute much better. The flight itself was a different story. Swoop is advertised as a no-frills airline and Brian says that is absolutely the case. The plane was very close quartered, with leg room being one of those frills people pay extra for. He also said that wifi costs almost $7/hour and water was $3. Even overhead storage isn't available.

Brian says in the end, the price isn't even as low as people originally think once it's all added up. For him and one other person, he said the flights totalled up to about $700 round trip.

Since it was the inaugural flight, Brian did enjoy some perks that Swoop won't normally be offering such as champagne, little toy pigs, and Swoop swag bags.

Just what I always wanted.. a pink pig.. thanks @FlySwoop #HamOnt pic.twitter.com/o67MnGHZNB

None the less, Brian did say the flight itself wasn't bad and the staff was friendly, but there were some problems that he expects will be ironed out as the airline grows, like the fact that the French version of the safety message was delayed since none of the staff spoke French.

In the end, Brian says he doesn't think he will fly Swoop again, saying that he could probably get just as good from Westjet or Air Canada.

Swoop currently flies to five cities in Canada -Abbotsford, Edmonton, Winnipeg, Hamilton, Halifax- but is planning to add more and expand into the US in the future.