How did they even pull this off? 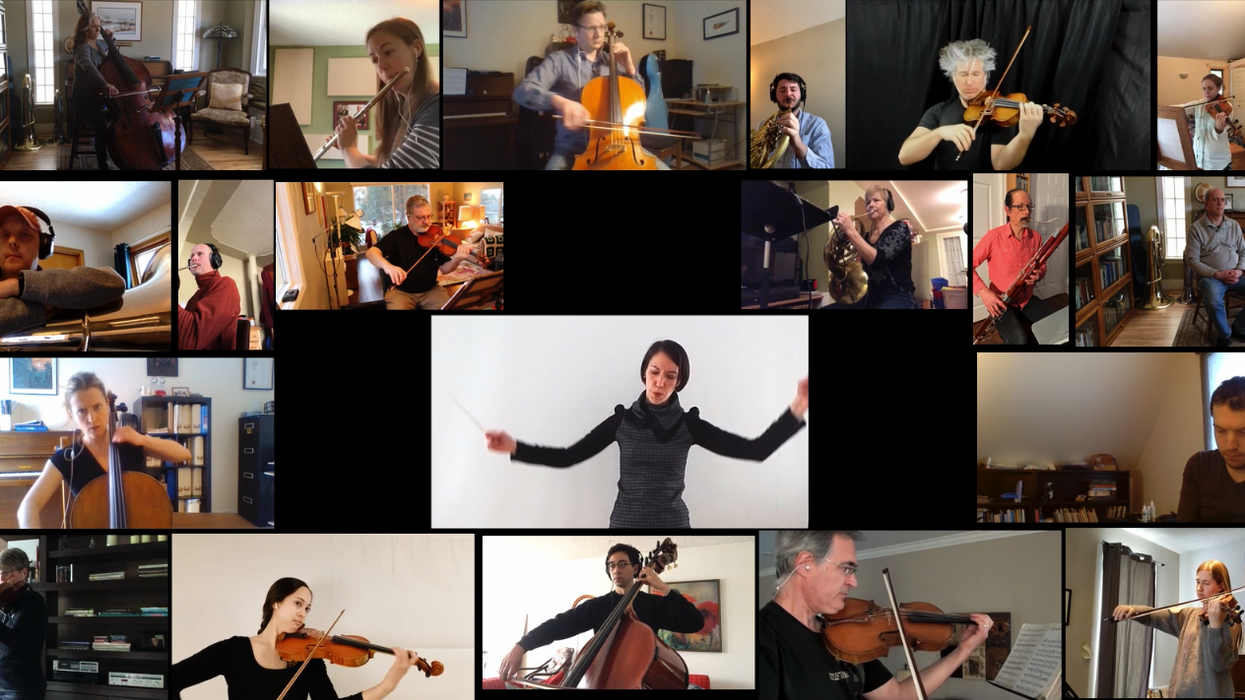 Social distancing and the pandemic isn't stopping people from coming together (remotely) and making music. Top musicians from across Alberta joined webcams to form an online orchestra and it was magical. After receiving overwhelming support and love for their online debut, they have new musical projects in the works you'll want to keep your ears tuned for.

Donovan Seidle, a violinist with the CPO and one of the leaders of the collaboration, had each player record separately in their own homes. Then, he wove the individual parts together into one solid piece.

"It's really important that we remained connected with our audience and we couldn't be in the concert hall with them," he said to Narcity. "We might as well bring the music to them."

"To me, the music really inspires a sense of strength and resilience and hope. And I think people really need that right now," he said.

For Seidle, the internet comments were a strange but welcome experience. Now he knows exactly how his audience felt.

"You can see that it's actually affected somebody. And they say thank you and I needed that and it made me cry."

Musicians are taking to video streams or even their balconies to spread the music.

"I don't think any of us realized how meaningful it was for us to play for an audience and to play together," said Meran Currie-Roberts, cellist with the Edmonton Symphony Orchestra, to Narcity.

"And when that was taken away... It's been really sad."

Currie-Roberts said she didn't hear the full song until it was all put together.

"To suddenly see all of our colleagues there together, and to hear the creation, I was quite overwhelmed. Actually moved to tears," she said.

Now, Seidle says they're already hard at work on a second video. Keep an eye and an ear on their social media for more info.

"I think this is a way to allow people to have an emotional catharsis," said Seidle.

"And be swept up in the music and feel the feelings that they need to feel. Reconnecting the humanity."