What does a good leader look like to you? 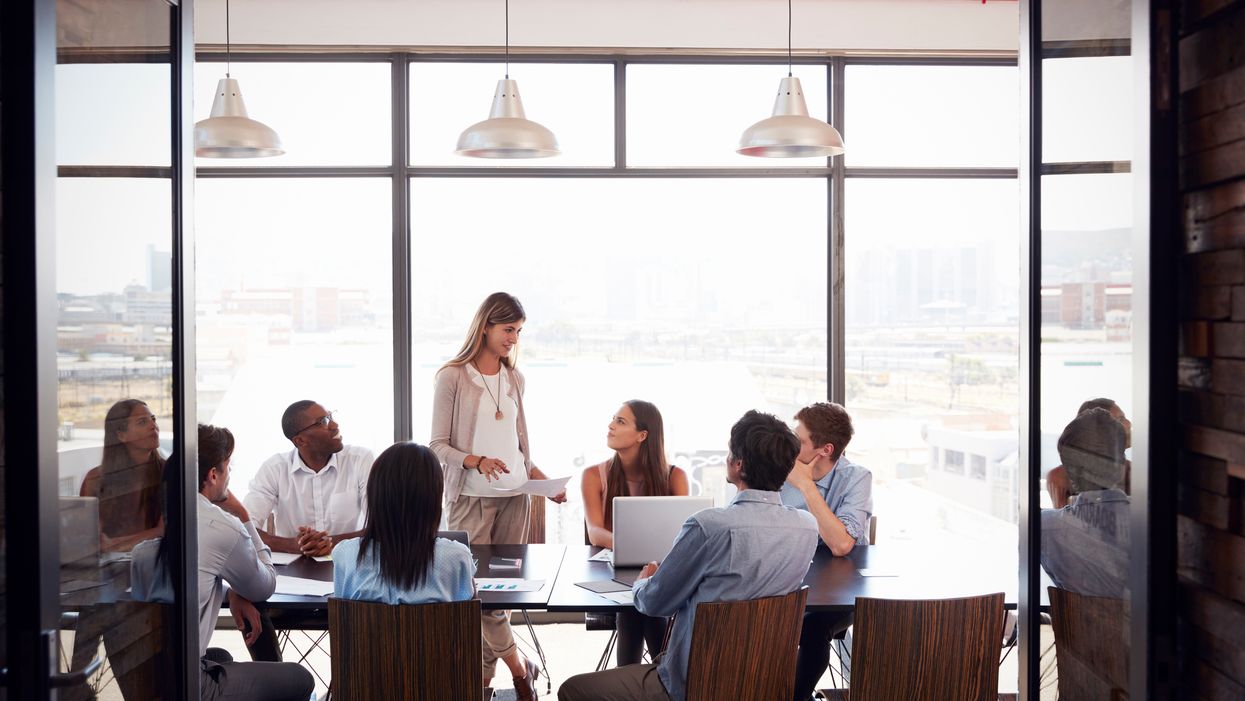 What is a good leader? Confident? Smart? Organized? To the majority of Canadian youth, a good leader is all of the above — and male.

A new survey on leadership from Plan International Canada found that only 10% of Canadian youth picture a woman when they think of a CEO. That answer may be shocking, but sadly, it isn't baseless.

While women make up just over half of the Canadian population, they continue to be underrepresented in professional leadership positions. In fact, only 6% of Fortune 500 CEOs are women, according to recent data from Fortune. When women do ascend to leadership roles, they become role models for girls and influence the decision-making that will pave the way toward gender equality.

But if young people can’t picture a woman in that role, how can we expect girls to aspire to it?

By the age of four, children have a clear sense of the expectations that society prescribes for their gender, according to Plan International Canada. In fact, a new survey from the organization found that of Canadian girls and young women ages 14 to 24, 7 in 10 say that girls and women do more household chores than men and boys. Just over half of boys the same age agree. In the same survey, girls and young women also admitted that the boys’ sports teams at their school were of higher status and treated better than girls’ teams.

“We need to consider the ways that we, as a society, have inhibited girls from reaching their full potential. Then, we need to commit to creating environments where every girl and young woman can unleash her power. When that happens, everyone benefits,” said Riseboro.

So how do we break the mould and create transformative experiences for girls and young women? We can start by recognizing International Day of the Girl.

Back in 2009, Plan International Canada called for an International Day of the Girl as part of “Because I Am a Girl” (you may recognize this tagline from the impactful commercials of the same name), a global initiative to end gender inequality and recognize girls' rights as human rights. In December 2011, with unanimous all-party support, the Canadian government led the United Nations to officially declare October 11 as the International Day of the Girl. It's been celebrated annually — and globally — ever since.

Plan International Canada is calling on all Canadians to #DefyNormal and take a stand by participating in the global mass movement. Challenge your own biases and learn the real facts about girls’ rights by participating in Plan International Canada’s Fact or Fact Check game online, or if you’re in Toronto, take a moment to stop and participate in person at a pop-up game show at the Toronto Eaton Centre on October 11 or 12.

You can also donate. Canadian girls surveyed most often selected education as the tool they think they need to achieve their leadership goals. However, over 130 million girls around the world are out of school. From October 10-12, you can text POWER to 30333 to donate $10 to help send girls to school.

But perhaps the simplest way you can help is by just starting a conversation. Talk to friends, family members, and colleagues about the facts and what it means to support girls. Not sure where to start? You can find useful tools here.

“International Day of the Girl is an opportunity to reflect on the work that still needs to be done,” said Riseboro. “Confront your biases and misconceptions. Replace them with facts. Listen to girls and young women, they’re telling us what they need. And then — equipped with a new understanding — commit to using your power to unleash the power and potential of girls everywhere.”

This International Day of the Girl, raise awareness for girls' rights by participating in Plan International Canada's Fact or Fact Check game, by donating, or by simply starting the conversation. We can no longer accept the disparity in leadership for girls and young women in Canada and around the world.

From October 10-12, help send 100 girls to school and unleash their power. Your donation will help break down barriers for girls and young women by providing access to quality education. Text POWER to 30333 to donate $10 today.