The fireball was as bright as the full moon! 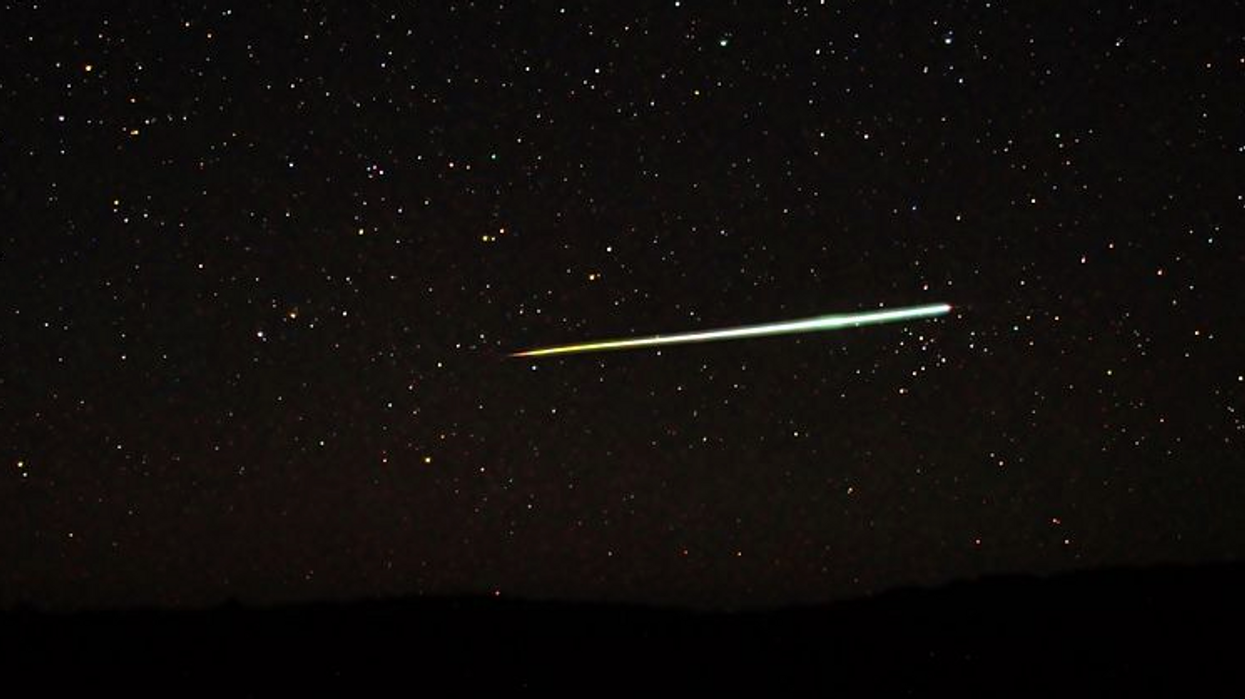 In the early hours of Wednesday morning, the sky over southern Ontario lit up as a massive fireball flew across the area. Some Ontarians were able to spot the light, the was as bright as the moon, as it quickly made its appearance in the atmosphere. It's even believed that parts of this fireball plummeted towards the Earth's surface during its appearance.

But what exactly is a fireball? According to NASA, a bright meteor that is able to be seen over a wide area of land is considered to be a fireball. NASA claims that this fireball was around 30 centimeters wide, about the size of a beach ball, and hit the atmosphere with a force of over half a kiloton of TNT.

According to the Weather Network, the fireball made its appearance in the early hours of Wednesday morning and could be spotted throughout the skies of southern Ontario. It first appeared to the west of Toronto, before travelling past Peterborough and hitting the skies over Bancroft, Ontario.

The fireball was recorded to light up the skies of Southern Ontario with a bright light that was said to be as bright as a full moon. Video footage of the incident shows what appears to be a ball of fire travelling across the sky, hence another reason for the name.

Western University states that they were even able to catch a glimpse of this fireball. According to professor Peter Brown, who specializes in the study of meteors, even places as far away as Montreal were able to see the path of this extremely bright light that this fireball was producing.

Brown predicts that meteorite fragments are likely to have fallen near the ground in Bancroft, Ontario, "This fireball likely dropped a small number of meteorites in the Bancroft area, specifically near the small town of Cardiff. We suspect meteorites made it to the ground because the fireball ended very low in the atmosphere just to the west of Bancroft and slowed down significantly."

So if you are in the area, you might be able to spot some of the intergalactic rock.

The way you are able to spot a meteorite is that they are often dark in colour and are denser than normal rock. They will also be attracted to magnets due to their metal base.

Keep in mind, if you do end up finding some of these meteorites, Western and the Royal Ontario Museum are interested in connecting with you, so they can study these amazing space rocks.