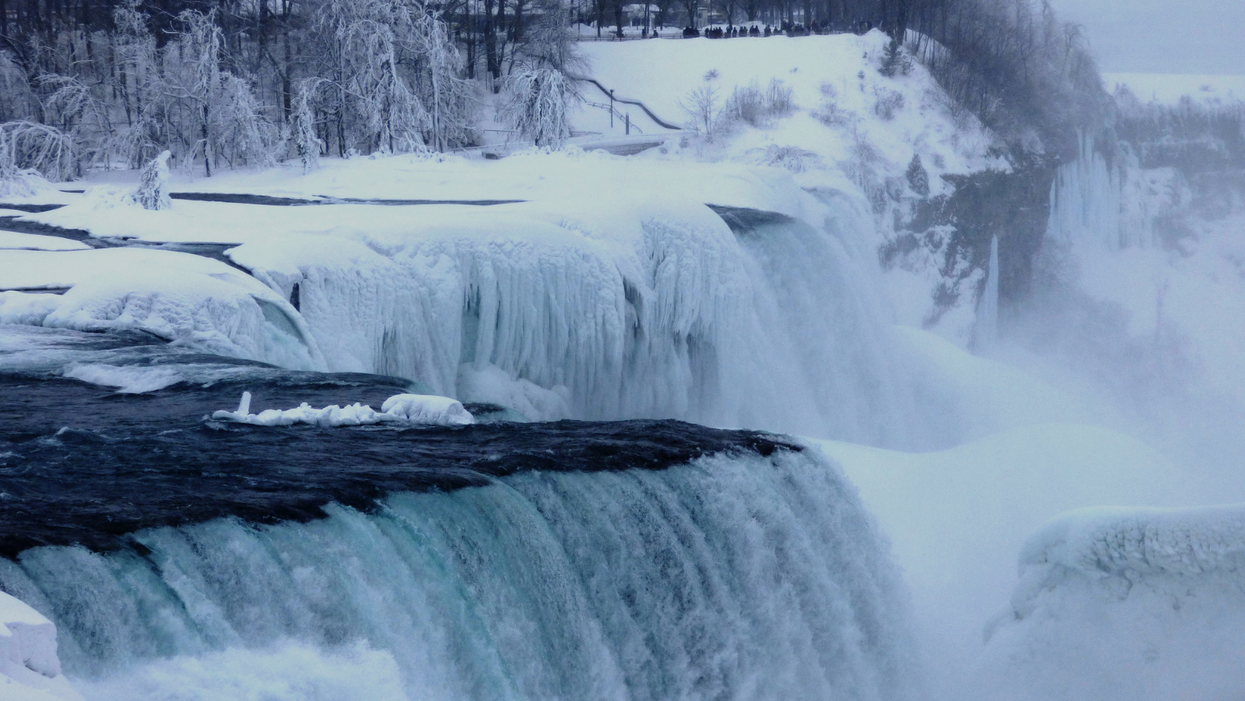 If you thought Ontario would be let off somewhat easy this winter with milder than normal weather, you couldn't be more wrong. An approaching polar vortex in North America is threatening Central and Eastern Canada with weeks of extreme cold. The cold front is set to close in around the province right after this weekend's forecasted snowstorm, during which the Greater Toronto Area could see up to 15 cm of now. The Hamilton and Niagara regions could see up to 25 cm of snow by Sunday.

A polar vortex is a stream of low-pressure cold air that hovers at the Earth's Poles. In the winter, it sometimes strengthens and gets caught up in a jet stream of fast-moving, dense Arctic air, pushing it down south into regions of North America.

Ontario hasn't seen the effects of a polar vortex since 2015. That year, Toronto and Ottawa saw some of the coldest winter temperatures on record during the month of February.

Global meteorologist Anthony Farnell says that a "very strong and sustainable cold period" is setting up for most of North America, lasting from late January to at least early February.

Very strong and sustainable cold period setting up for most of North America late January through at least early February. Similar setup to extreme cold in Jan/Feb 2014 and 2015. #polarvortex #winterisback pic.twitter.com/8z49KnFpUh

In this case, a rush of warm winds has caused the polar vortex to split up, which explains why places like Ontario and Quebec can expect to feel the worst of it in the coming weeks. Even without the polar vortex, Ontario has already been at the mercy of severe winter weather this month. Including several cold weather alerts in southern Ontario, record-breaking cold in northern Ontario, and a "thundersnow" storm in Ottawa. Sadly, it's safe to say that this is only the beginning of what's to come.