Some think this will be difficult to enforce. 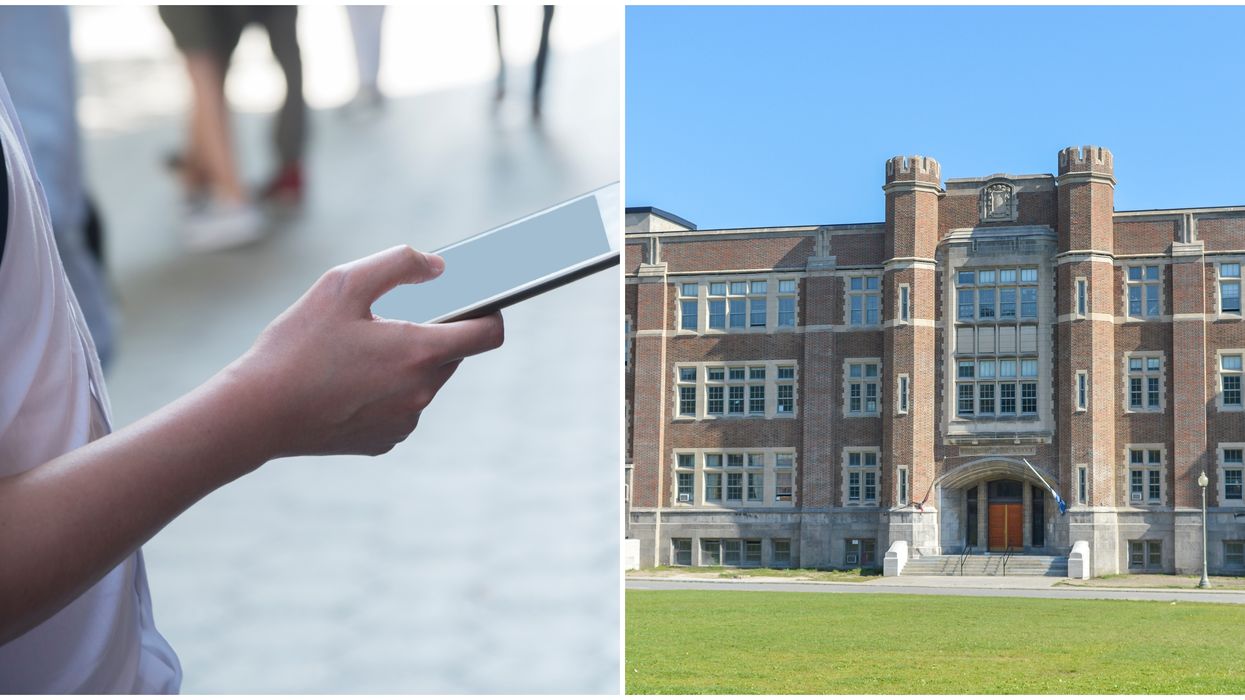 Ontario's anticipated classroom cellphone ban is officially in effect as of Monday, November 4. Doug Ford's government announced this development back in August, giving school boards time to prepare to enforce the new act. The Ontario cell phone ban in schools is sparking lots of conversation about its effectiveness, and some people aren't convinced it will work.Under the new rules, Ontario students will only be able to use cell phones in class if it is for special needs, for health or medical purposes, or for educational purposes implemented by a teacher, Global News reports. Some Ontarians think this will be difficult to enforce and puts pressure on teachers. However, others agree that a classroom is no place for a cellphone. The TDSB tried to bring in a cellphone ban in the past, but it was ultimately thrown out in 2011 because officials ruled it was too difficult to enforce, CP24 reports.According to Global News, the ban lasted four years before it was reversed, leaving classroom rules up to the teachers' discretion.Now, the provincial government is trying it out again and we can only wait and see what the results will be. Ontarians have been posting their conflicting opinions about this online.

One math teacher took to Twitter to question the ban. "Doesn't sound productive," he writes in his tweet.

Another teacher who won the Prime Minister's Award For Teaching Excellence flat-out said he would not be enforcing the ban inside his classroom. "This will change zero things in my classroom on Monday," he wrote in a tweet. "I will continue to teach students how to use their technology well. I will not ban cellphones from my classroom."

This will change zero things in my classroom on Monday. I will continue to teach students how to use their techno… https://t.co/7YpIyLSsum
— Jamie Mitchell (@Jamie Mitchell)1572813545.0

People are arguing that technology is an essential part of some people's daily lives as long as it is used correctly.

An unnamed Toronto supply teacher spoke to CTV News Toronto to affirm people's skepticism about this new enforcement. “I think that cellphones can be a good tool for learning," she said, "especially for classrooms who are low on technology but I think there needs to be stricter rules in place. It’s incredibly hard for teachers to control what students are doing on their phone unless they are watching each student individuals,” the teacher said.

"We want to ensure students remain focused on learning and attentive to the subject matter ahead," he told CBC.

"The fact is ... there's a lot of distractions out there ... so our aim is to keep kids focused on the subject matter, retaining knowledge and applying it in life," Lecce continued.Here's what Doug Ford has to say about this:

We will have to wait a little longer to see how this new rule will fare in Ontario classrooms.