The question on everybody's lips is ... why?! 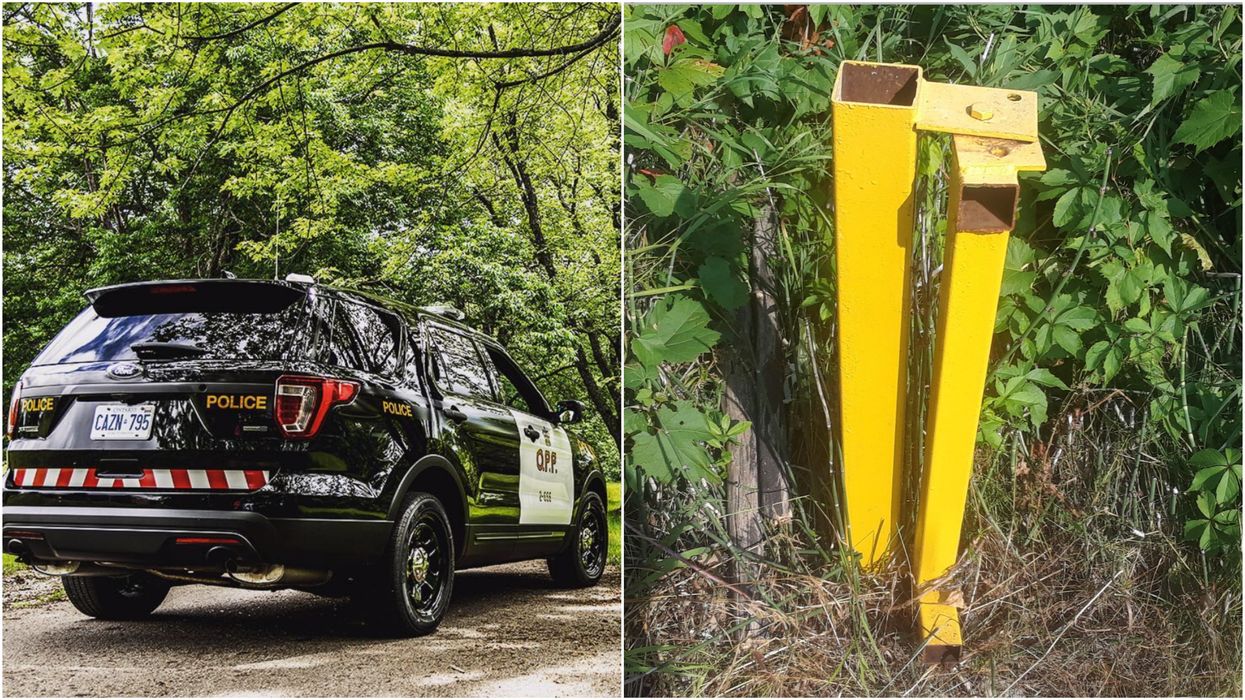 Often, when the police ask the public for help with locating a thief, the perpetrator will have stolen something valuable. Perhaps it could be a car, or some expensive jewellery, or even a priceless, beloved pet. However, when Ontario Provincial Police tweeted to the public on Tuesday morning to ask for help finding one particular burglar, the object that was stolen was a little more … random.

It seems that one thief in Frontenac, Ontario, believes that there must be some value in bright yellow gates, as three separate public gates were recently stolen from a public walking trail. According to a tweet from Frontenac Ontario Provincial Police, the stolen gates in Ontario were taken by thieves, who made off with the large pieces of yellow metal.

The gates, which were stolen from the McFadden Road, Hogan Road and Perth Road entrances to the Cataraqui Trail in South Frontenac Township, Ontario, are yellow in colour, and have been carefully removed from their posts.

In the tweet, Frontenac OPP appeals for help from the public to find out who stole the gates. The tweet said, “#FrontenacOPP needs help to find those who stole metal gates from the McFadden Rd, Hogan Rd and Perth Rd entrances to the Cataraqui Trail in South Frontenac Twp, near @cityofkingston. 2 pics from what's left of one gate and pic of an intact gate. Call 1-888-310-1122.”

The written post was accompanied by a series of pictures of the gates, in a sort-of before and after style.

The Ontario trail runs just over 100 kilometres between Smiths Falls in the east to Strathcona north of Napanee in the west, and is maintained by passionate volunteers from the local area.

The three yellow gates are all believed to have been stolen at the same time, but the question on everybody's lips is ... why?

Perhaps the gates would have some value if they were sold as scrap metal, or perhaps the thief simply has an extremely large garden, with three areas that need to be cordoned off with a massive yellow gate! It remains a mystery. Hopefully, when the OPP find the gate-burglar they will be able to shed some light on this totally-random gate theft!

Police are asking anyone with information is asked to call the OPP at 1-888-310-1122. For those in the area, keep an eye out for anybody waltzing around with suspiciously large, bright yellow gates, that don’t have their side attachments. It is probably the missing ones.