Courses all over Canada already have a bunch of new rules. 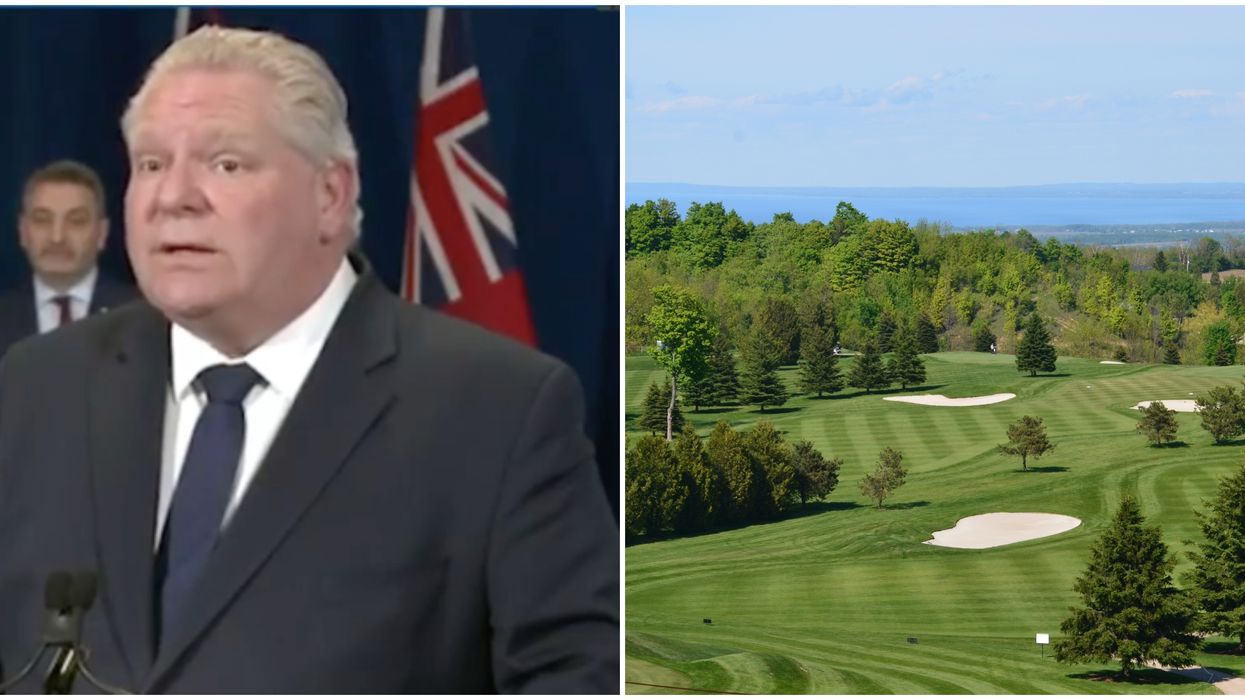 More good news for Ontario this week. This Thursday, Ford will reportedly announce details about Ontario golf courses reopening across the region. This news comes after the premier revealed a three-step framework to reopen the province.

According to reports obtained by CityNews, Ford will have the specifics on the plan for golf courses in his May 14 press briefing. Narcity has reached out to the premier's office for confirmation.

"Golf courses will be allowed to open in Ontario this weekend, I'm told. The announcement will be part of Premier Doug Ford's address tomorrow," tweeted PGA Tour writer Adam Stanley.

Whether or not the courses will be open in time for the Victoria Day long weekend is still unclear.

On May 1, Ford had announced that Ontario golf courses could begin to prep for reopening. This includes tasks like garden maintenance, cutting the grass and hiring more staff.

Golf courses will be allowed to open in Ontario this weekend, I'm told. The announcement will be part of Premier Do… https://t.co/O5a60LffCH
— Adam Stanley (@Adam Stanley)1589374130.0

However, a game of golf won't look exactly like it used to. New measures will be put in place to ensure everyone's safety.

According to Adam Helmer, Senior Director of Golf Services at Golf Canada via The Weather Network, golf will have to adapt to the changes.

“Limiting the social touchpoints as you go through a journey on a round of golf will be extremely different," he said.

One golf course in Calgary, Alberta which is currently open, has given its facility a major overhaul. According to TWN, golfers are allowed to share a cart with household members only.

"Golfers will line up in their vehicles at the gate, as they are only letting in a certain amount of people at a time," explained Kyle Brittain of TWN, who happened to check out the Calgary course.

"This helps to avoid people gathering before their tee time," he said.

Although the premier is ready for stage one of the province's reopening, Ontario's top medical officer doesn't think we've reached that point yet.