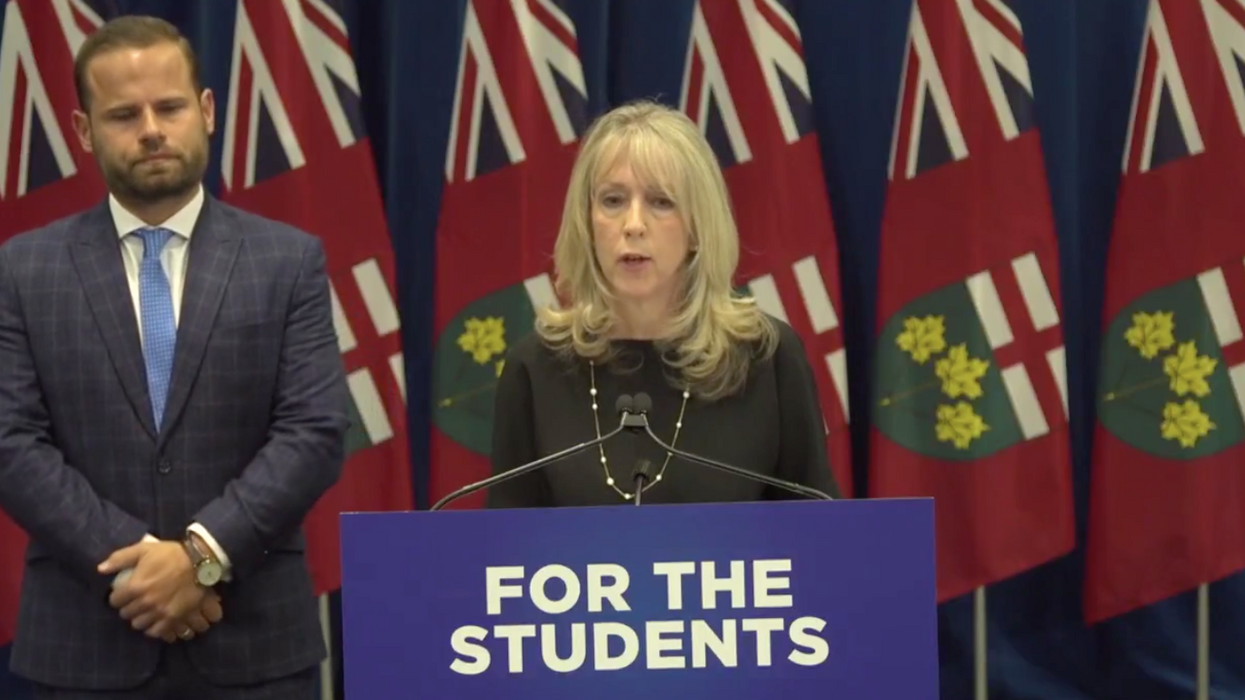 After much backlash to recent OSAP changes, the Ontario Government wants students to know they didn't actually eliminate the OSAP grace period. In an interview with CBC Radio, Minister of Training, Colleges, and Universities Merrilee Fullerton attempted to clarify what the government's new cuts to OSAP actually are.

This interview comes after students across the province were outraged by what they consider massive and disappointing cuts to their OSAP funding. The biggest change that students were upset about was the reported cuts to the six-month grace period. Under the old system, Ontario students had six-months before their OSAP loans would start incurring interest.

Now, they will begin owing interest the day they graduate.

Because of that, many people have referred to that major change in the OSAP program as eliminating the six-month grace period, but Fullerton went on the air to say that that's not the case.

She attempted to clarify this to CBC by saying, "I would just like to clarify that the grace period has not been eliminated. There is a six-month time frame within which students do not have to start paying back their loans."

Fullerton went on to say that when it comes to the OSAP grace period there is a lot more confusion, which she wanted to clear up.

For the first time in #Ontario, post-secondary students across the province will see their tuition rates decrease by 10% - the latest step in our Government's #ForThePeople plan to keep more money in the pockets of students and families. #highered #onpoli pic.twitter.com/gmHNFJz2zw

She also told CBC that "there's a lot of confusion over the grace period and it's very important to understand that OSAP is an integrated program. It's got a federal component and a provincial component."

Fullerton said that with the new change,  "a lot of people think that they have to start paying right away and they don't. The interest starts accruing right away. And that's aligning with the federal portion. So this is to reduce complexity. It's already complicated enough"

This could be reassuring to some students that were confused about the grace-period cuts, but many people were aware that the cuts only applied to when interest starts accruing and are still angry about it.

Doug Ford is basically the canadian Trump. He’s going to make us all broke, in debt and miserable for the next 20-30 years of our lives.The OSAP changes he made:1. Eliminate free tuition grants2. Eliminate the grace period for interest.

Even if you typically support Doug Ford, there is no denying that cutting the 6-month grace period for OSAP repayment/interest is just greedy. Students are going to be buried by this interest, even those who get a job right out of the gates. #OSAP

READ ALSO: Today Is Officially The Most Depressing Day Of The Year

The changes to OSAP loans and grants will come into effect for the 2019-2020 school year, it is unclear right now if the cuts to the grace period will affect the upcoming graduating class.