Eastern Ontario can expect more damage throughout the day. 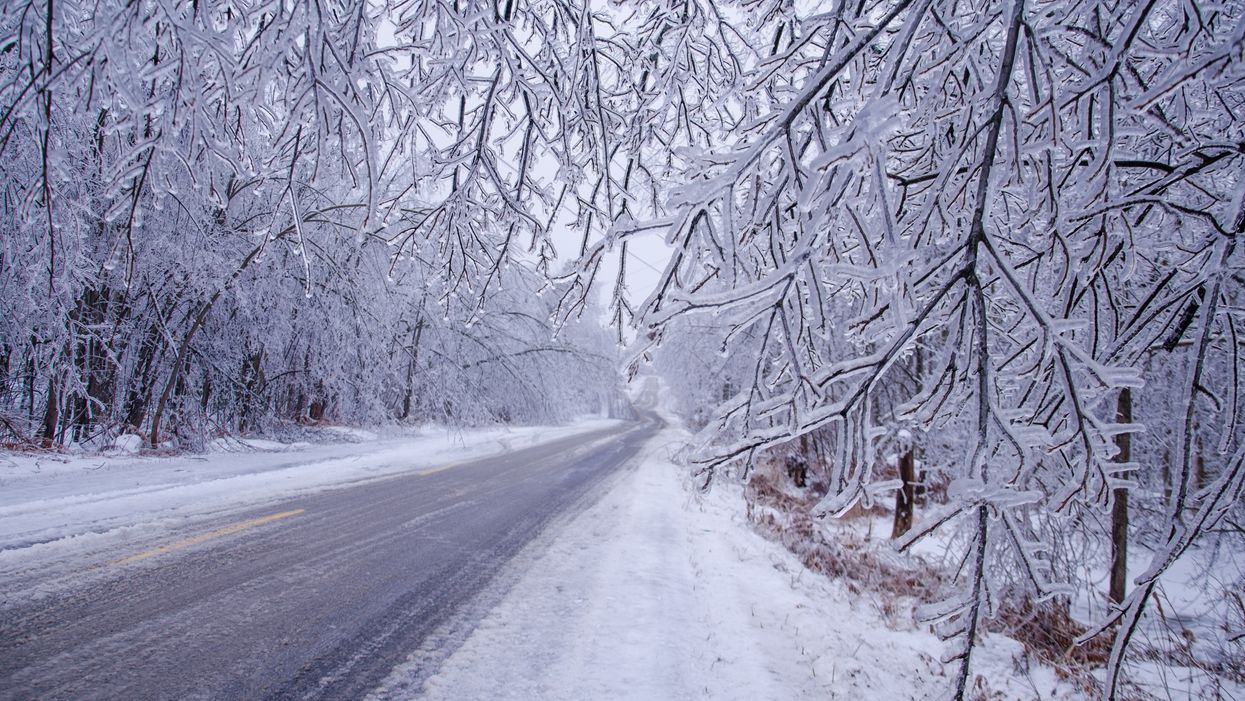 It's been a rough morning in most of Ontario this Monday. The ice storm has not only wreaked havoc on the roads, but it has also affected the power lines, and thousands are without hydro at the moment. The Ontario power outage is affecting over 30,000 people and counting. Earlier this morning, Hydro One tweeted that 18,000 people in Ontario were without service. Since then, the number has continued to grow as more rain falls. As of 11 a.m. today, it is sitting at around 30,000 people who are currently experiencing an outage. Narcity spoke with a Hydro One representative who confirmed that the number of outages is, in fact, growing. "The accumulation of ice on the power lines and tree branches is what's causing a lot of the outages," Media Relations Officer Tiziana Baccega Rosa told Narcity over the phone. "The second band of freezing rain from south to central and into eastern Ontario, along with the high winds, is causing the issue," she said. The weather is terrible today!The weight of the ice on the lines is another major factor in the power going out. Baccega Rosa also confirmed that crews have managed to restore electricity to about 25,000 homes already. However, because the storm is moving eastbound, "the east part of Ontario is anticipating to see more damage," she said. Get ready for a hectic winter day, Ontario!

Currently, Georgian Bay is being affected the most, with over 9,500 people in the dark. Central Ontario is the second-most affected region, with over 6,000 people affected by the outages. Crews are doing their best to restore as many lines in as little time as possible. Hydro One encourages people to sign up for outage alerts that are specific to their region. Instead of having to check online, you can get updates texted or emailed to you that will focus on your location.

Hydro One's website also urges people to stay at least 10 metres away from fallen power lines, even if they do not appear to be live. Report them to the police immediately or call Hydro One to notify them. In southern Ontario, Barrie seems to be the worst hit, with over 5,000 people affected by power outages.

The rest of the map looks quite busy as well, so hang tight until crews are able to fix all the lines.

But that's not all the ice storm is affecting today.Toronto Pearson has announced plenty of delays and cancellations on flights today.Also, be aware that there is a weather alert, horrible driving conditions, areas without power, and general chaos across the province. If you can, just stay home today. You'll be glad you did.