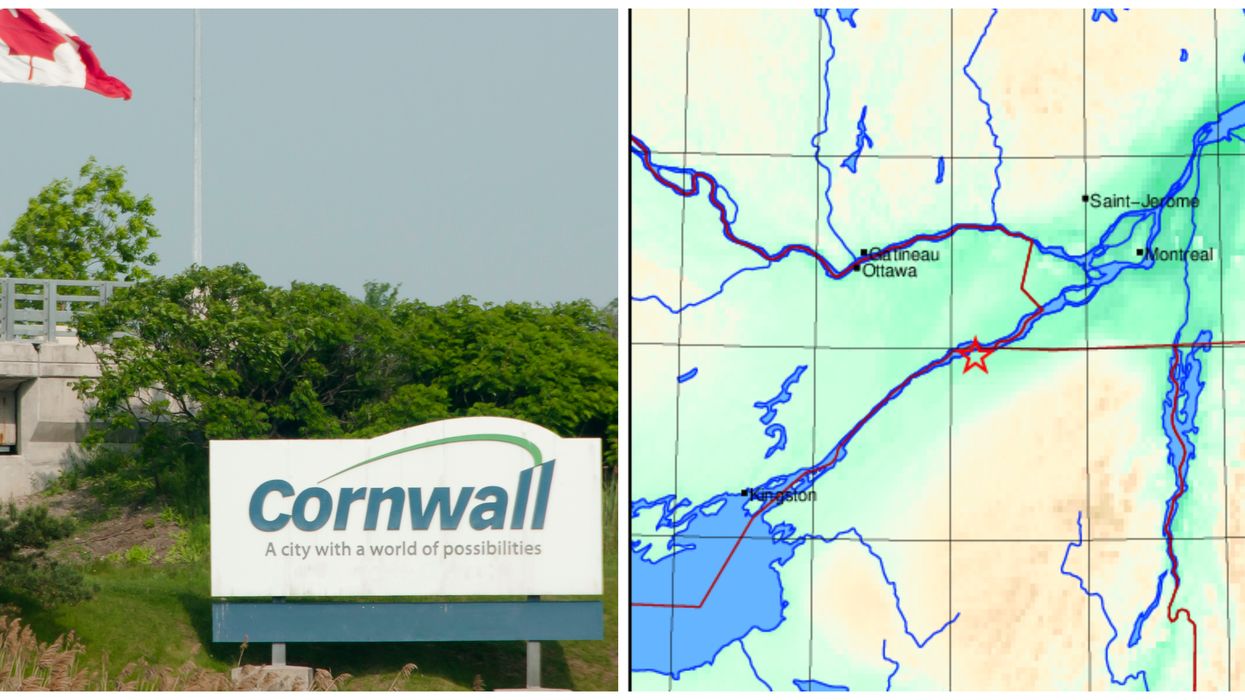 Usually, when we think of earthquakes, we think of them happening in multiple locations around the world, yet this Monday some Ontarians were in for quite an awakening.  Earthquakes Canada reported early Monday morning that a small earthquake was recorded near the Ontario-Quebec border. The tiny quake, which occurred around 5:30 a.m., took place in the area of Salaberry-de-Valleyfield, Quebec, on the St. Lawrence River just 60 kilometres east of Cornwall, Ontario.

The quake was initially thought to be 4.2 in magnitude; however, it was later recorded at 3.6.

Despite being a relatively small tremor, the U.S. Geological Survey did report that it could be felt in Cornwall and even as far as Kemptville.

Thankfully there are no reports of damage at the moment, but some residents in Quebec took to Twitter this morning, claiming they were shaken awake.

“Earthquake woke my wife and I right out of bed! Thought my heater exploded,” wrote one concerned resident on Twitter who was awoken Monday morning.

“It felt and sounded as if ice was falling off the roof, but it was coming from beneath us. Everything shook beneath us,” added another user.

CTV also reported that authorities had received several calls from people who reported experiencing the early morning quake that caused quite the scare for local residents.

As rare as it may seem for an earthquake to hit anywhere near Ontario, Monday’s tremor actually marks the second one to hit near Cornwall in two months.

Back in December, another mini earthquake shook Cornwall, near the border with the U.S. state of New York.

Again, nothing was damaged, but there were reports on social media of the ground shaking from residents in the area.

Lucky for Ontarians, the epicentre of the event in December was actually located in Massena, N.Y., which is about a 20-kilometre drive from Cornwall.

Ontario's Ministry of Natural Resources reported no damages as a result of either quake.