There are reptiles on the loose ... again. 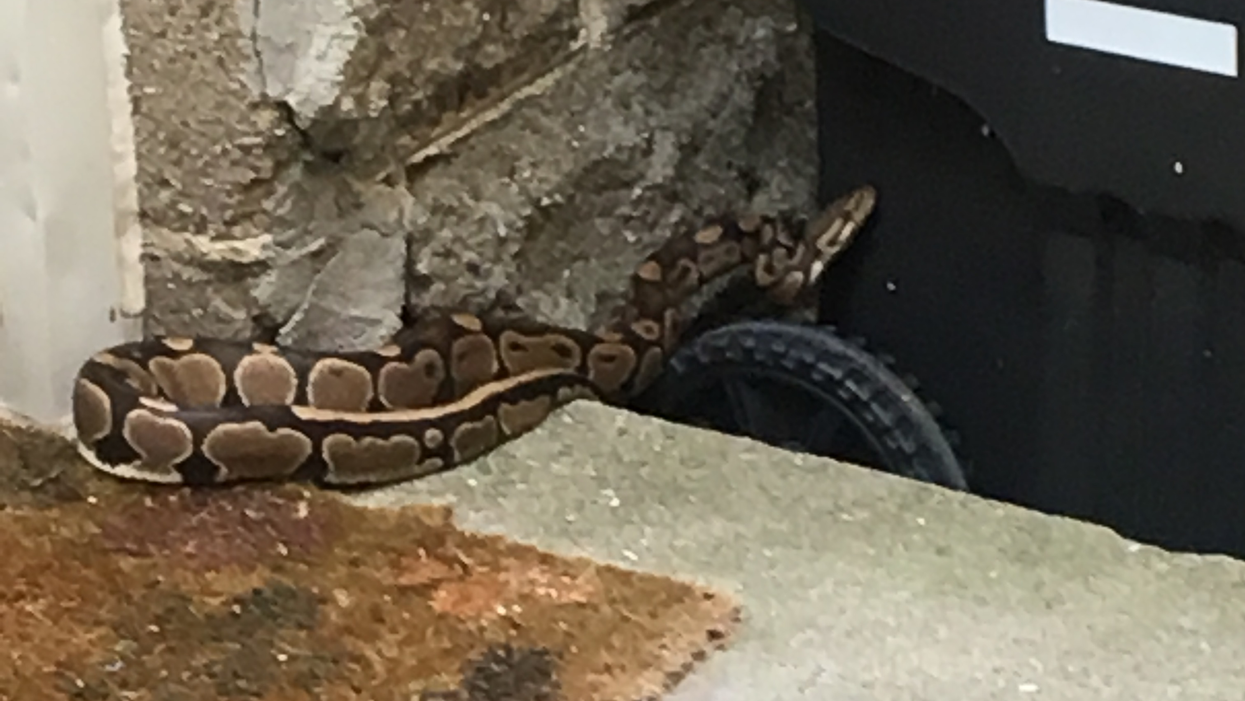 You've likely heard about the Ontario snake sighting on Tuesday morning. The python in question was removed from an east-end gas station by firefighters and reunited with its owner, who claims the snake went missing weeks ago. But does this feel like just the latest incident of a snake being found in Toronto?

Well, you're not the only one, and it turns out this isn't even the first time this week that people have spotted some slithering on the loose in the city.

In an exclusive given to Narcity, Brittany Hughes revealed an eight-foot python was found outside her mother's front door in the Yonge and Lawrence area on Saturday morning.

"It hissed at her on [her] front step when she opened the door," said Hughes. "[She] called me almost immediately in shock."

The snake didn't leave once confronted by Hughes's mother and she had to call Toronto Animal Services to remove the snake.

"This one was very hungry according to animal services and was on the hunt for food," said Hughes.

This isn't just a Toronto problem, either. Last year, Narcity reported on three snake sightings and a report of one missing across Ontario in the space of only three months. Two of those occurred in the city.

On August 13, 2018, a boa constrictor escaped from a home in Ottawa, where it is illegal to own one. Then, on August 15, a couple from Scarborough woke up to find a snake in their bedroom. The reptile is believed to have been a boa constrictor and it was not confirmed if there was any connection between the two incidents.

Less than a week later, a python was found in Windsor at the bottom of a recycling bin. It is believed to have been abandoned by its owner because of where it was found, and the fact that it is not a snake species native to Canada.

On September 30, another boa constrictor was found in Don Valley Park, where it was rescued by a passerby.

"It’s unsettling to know there are [these] animals in the city," said Hughes.

The city of Toronto currently has a ban against snakes that grow to more than three metres, or nine feet, along with those that are venomous and poisonous.