What the hell is going on? 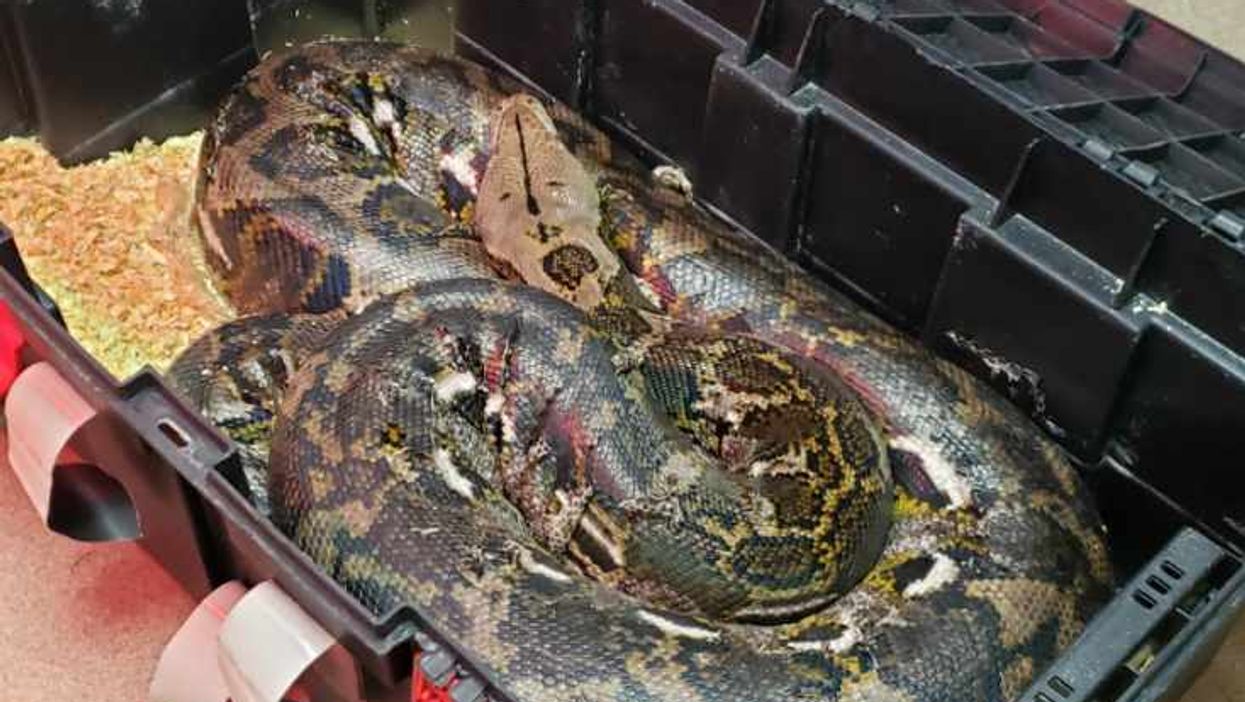 What's happening, Ontario? Yes, there's been another Ontario snake sighting, and this time it happened in Thorold, near St. Catharines. A 14-foot python was found on the lawn of a business, marking the third time in the last month that the large snake species has been spotted on the loose.

The latest animal in question is again believed to be someone's pet.

The python was reported around 9:30 p.m. last night and Niagara Regional Police and the Lincoln County Humane Society responded to the call. The snake they found there was a reticulated python, a species which can grow up to 21 feet in length.

"They have a bad bite but no jaw power to speak of. They do have six rows of serrated teeth that will damage skin," Kevin Strooband, executive director of Lincoln County Human Society, told Narcity.

In extreme cases, the animal, native to south and southeast Asia, has been known to kill humans, even sometimes swallowing them whole.

"It either escaped or was let loose," Niagara Regional Police Constable Phil Gavin told Narcity. "It's a 14-foot python so it's likely it was raised by someone. It had to have human contact to get to that size in this climate."

We deal with some ssssslippery characters sometimes. This may have been one of the largest. 14ft Python discovered… https://t.co/dO2baFTHJ0
— NRPS (@NRPS)1566491637.0

@NiagRegPolice @LincolnCountyHS I give you guys and the Humane Society credit. I would be running full speed away from that thing.
— Bryan Hermans (@Bryan Hermans)1566491814.0

In Ontario, municipalities have the power to create and enforce by-laws on exotic animal ownership as there is no provincial legislation about it.

This particular snake is not venomous but is still not legally allowed to be owned in Toronto or the municipality in which it was found.

In 2017, Thorold banned exotic pets but allowed people who already owned exotic animals to keep them, as long as they didn't get new ones.

All exotic animals also need to be registered. According to CP24, the python that was found wasn't registered with the municipality.

Lincoln County Humane Society has been home to exotic animals in the past and currently houses five. But they've never had a snake this big before.

"Even though it is illegal we want to find out all of the unknown things about the snake," said Strooband.

Lincoln County Humane Society is currently working to find the owner of the snake.