Thousands of people are still without power. 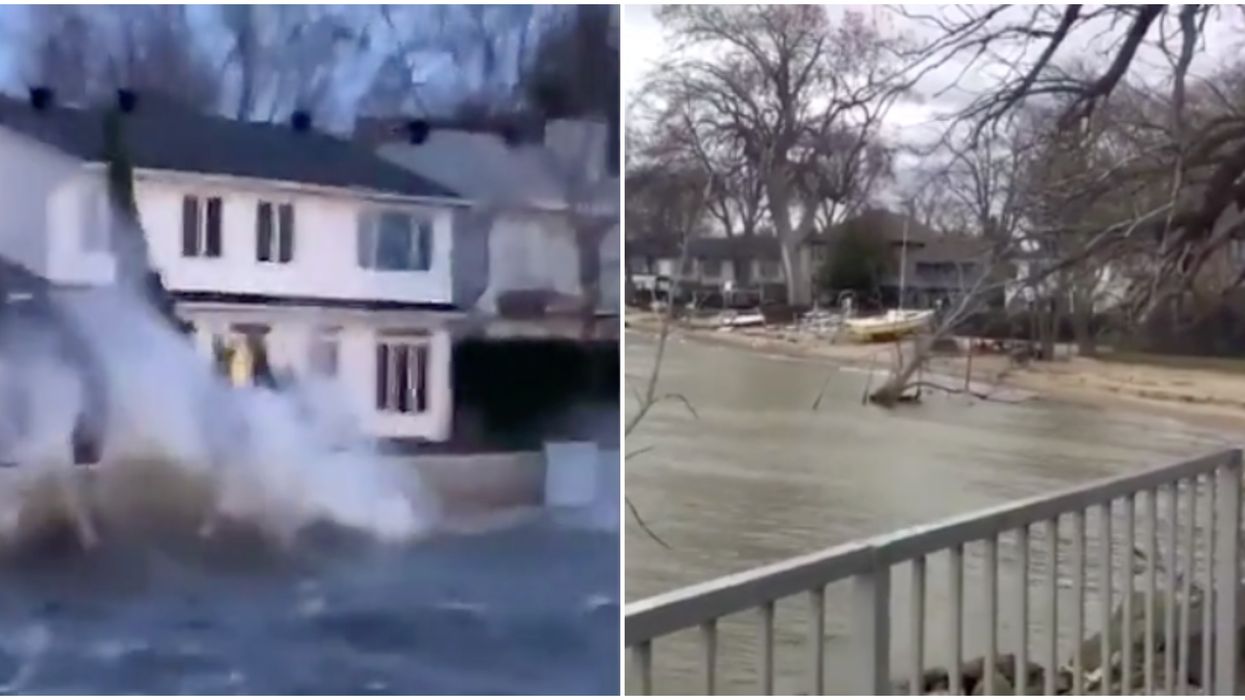 Although we are now in mid-April, it looks like Mother Nature hasn't gotten the spring memo. An Ontario storm wreaked havoc on the province on Monday, bringing snow, strong winds and even flooding. Thousands were left without power throughout the day, and multiple videos have appeared online of downed trees and waterlogged driveways.

According to The Weather Network, as strong winds blew through the province throughout Monday night, around 25,000 people were still without power early Tuesday morning.

The night before, at around 9 p.m., Hydro One tweeted that they were responding to around 36,000 customers who had lost electricity due to the storm and high winds.

The storm also caused shorelines to flood as water levels were pushed higher by the strong gale. This caused some localized flooding in some waterfront areas across the province.

Since the storm, footage has appeared on social media that shows lakefront areas flooded, water aggressively crashing onto the shores, and even fallen trees scattered across Ontario.

In some videos, the shores of Lake Erie show towers of waves that are crashing onto the shores with massive force due to the winds.

One Twitter user even posted a photo of flooding that was starting to occur in their area. At 6:30 p.m., the sidewalk was already submerged in water.

On top of the flooding, large fallen trees were also posted by users.

"Current situation at my parents house!" wrote one user. "That tree fell just missing the house. All okay! Winds are howling."

While it looks like the worst of this storm is over, spring weather isn't going to fully return just yet.

According to TWN, more rain and snow are in the forecast for Wednesday, and some more showers are predicted over the weekend.