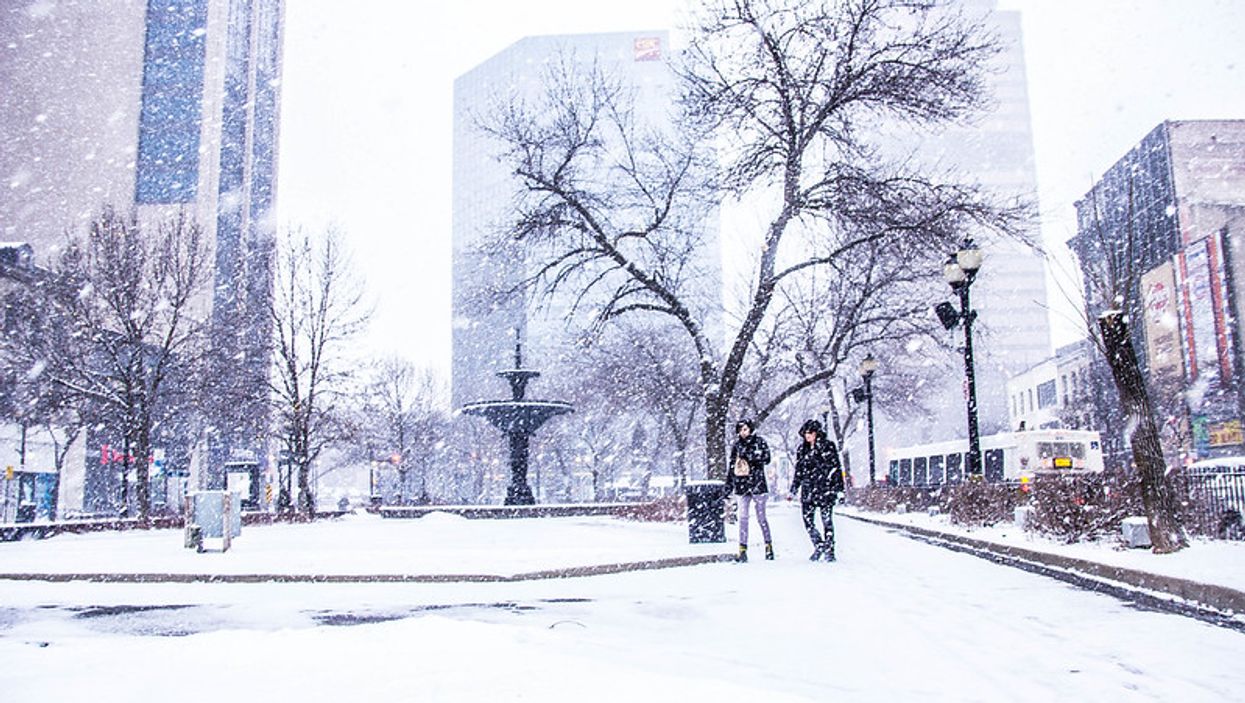 We've had a bit of a break from all the snowfall and winter weather, but it's on its way back all across the province. The first weekend of January looks like it will bring some snow and below-freezing temperatures in certain regions. By the middle of next week, an Ontario storm could see winter back with a vengeance.

According to The Weather Network, snow is heading for the southern region of the province starting this Saturday, January 4. Temperatures that have been above seasonal in recent times are expected to drop this weekend.

In Toronto, the coldest temperature is expected to feel about -2 C this weekend, with scattered snow flurries.

For the Golden Horseshoe area and the GTA, TWN is predicting light, wet snow, with a chance of one to three centimetres settling. It's likely to create similar difficult driving conditions as we've seen over the last month or so.

Head further towards St. Catharines and Niagara, and that snowfall could be more significant. More than 5 centimetres of snow is expected to land in that region on Saturday night, says TWN.

And that's likely to just be the start. On Sunday, the snowfall is expected to start gathering some pace ahead of a possible larger storm next week.

While that will temporarily settle, the middle of next week is looking pretty bleak right now.

While even meteorologists acknowledge this system is hard to predict at this point, a worst-case scenario forecast looks pretty alarming.

The forecast for areas north of Toronto suggests it's going to get a lot colder again.

Up in Barrie, for instance, it's expected that residents will see several centimetres of snow for three to four days in a row. Real-feel temperatures will also drop to near -10 C by the middle of the week.

Painting a bit more of a winter picture. Temperatures will remain mild until the weekend for you in Barrie, but sno… https://t.co/3JrWw6igye
— Emily Vukovic (@Emily Vukovic)1577967155.0

Meanwhile, areas well north of Toronto should expect to be hit harder, as you might imagine.

Environment Canada is warning of around 15 centimetres of snow on Sunday around Sault Ste. Marie and Greater Sudbury.

Before we get there, though, temperatures should largely remain seasonal until the system hits.

The chances of a serious storm around the GTA seem pretty low, but we all know just how unpredictable Canada's weather likes to be.

It's mild out there right now for the time of year, but that might not last. Be prepared out there!