It's a soggy start to October in Ontario! 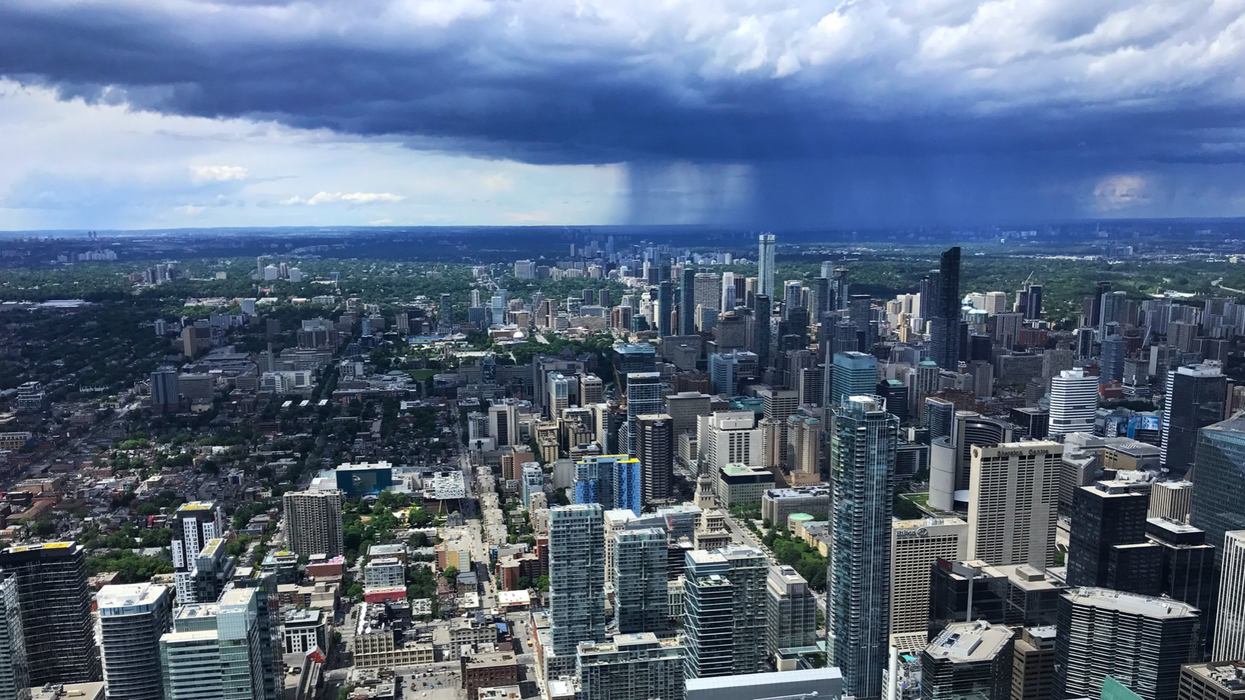 It is looking like a wet and windy start to the month for most of southern Ontario, as Environment Canada has just issued a severe thunderstorm watch across the south of the province. Tuesday's turbulent weather is expected to bring torrential downpours, frequent lightning, strong winds, and even potential tornados in some parts of Ontario, with residents being warned to stay indoors wherever possible.

According to Environment Canada, scattered thunderstorms are expected to develop ahead of a cold front in areas near Lake Huron and Georgian Bay by early afternoon, which will subsequently track southeastward across southern Ontario.

The worst of the weather is to be expected by Tuesday afternoon and into the early evening hours, with the storms moving through Toronto and the GTA later this afternoon.

Despite the unseasonably warm weather across the province on Tuesday, the cold is expected to have returned by Wednesday, with average temperatures in Ontario dropping to around 13 degrees.

The swing in temperature will bring Tuesday's severe weather across the south of the province, which is expected to include thunderstorms, torrential rain, and even the potential for isolated tornadoes to develop in some areas.

Environment Canada’s thunderstorm watch notes that the storm has the potential to bring local damaging winds,  torrential downpours, frequent lightning and hail. Their statement adds, “There will also be the risk of an isolated tornado.”

Environment Canada explains that a ‘severe thunderstorm watch’ is issued when “atmospheric conditions are favourable for the development of thunderstorms that could produce one or more of the following: large hail, damaging winds, torrential rainfall.”

The severe thunderstorm threat is expected to end across the province by Tuesday evening.

Unfortunately for those in southern Ontario, the miserable October weather is showing no signs of moving on. While a high of 19 degrees is expected within the province on Wednesday, it will fall to 13 degrees by the afternoon, with frequent showers expected throughout the day.

Average temperatures of around 14 degrees are expected through until the weekend, with no relief from the rain until at least Saturday.

For full details about Environment Canada’s weather statements and thunderstorm watches in your area, click here.