This Momoa Milkshake will bring everyone to the yard. 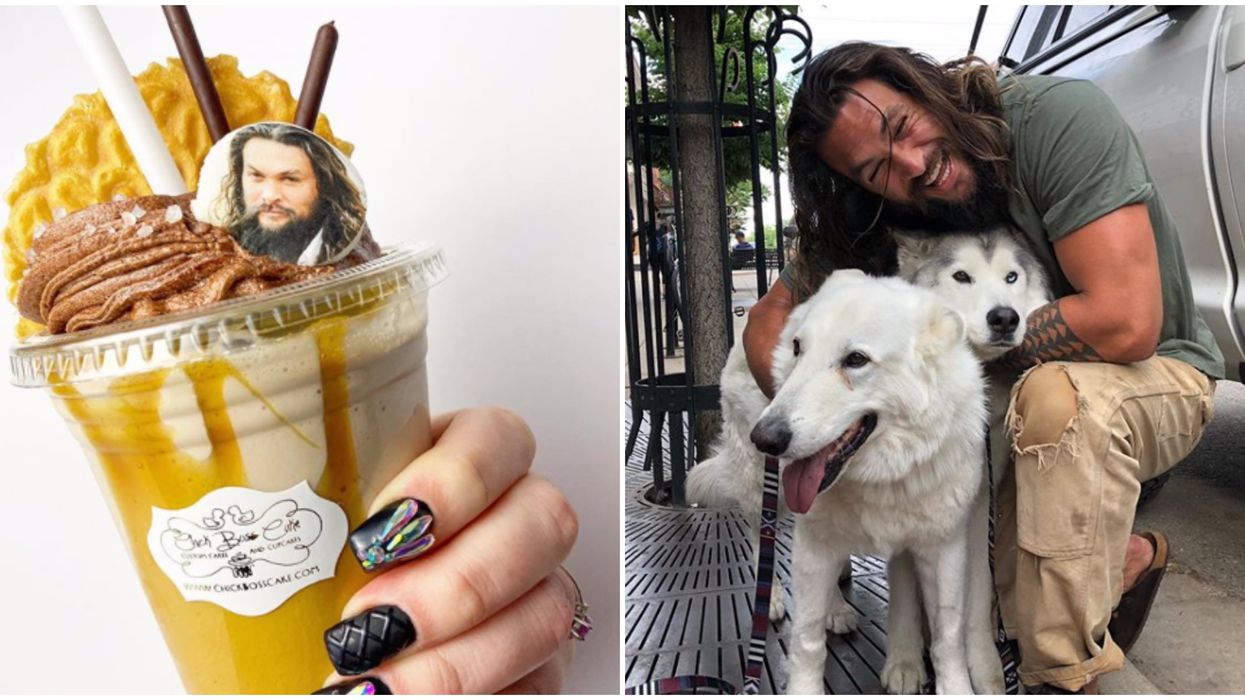 Many Canadians can admit to having at least a little crush on Jason Momoa. The Game of Thrones and Aquaman star has stolen hearts across the world, and now you can get your Momoa fill in a whole new way. Put down what you're drinking and hop in the car because this new dreamy beverage is all you'll want to sip on. Ontario's Jason Momoa milkshake exists and it's a major food heartthrob.

That's right, there is actually a decadent beverage made in Jason Momoa's honour.

Chick Boss Cake, located in both St. Thomas and London, Ontario, has launched a drink featuring the famous actor.

Dubbed the "Sweet & Salty Momoa", the milkshake is filled with salted caramel flavours, "because that’s what we think a shake version of him should taste like," owner Chad Hamilton explained.

The shake is topped with a mountain of whipped cream and, best of all, a printed image of Momoa's face.

It's no surprise that the drink has already risen to fame. It all started when the dessert shop launched its annual celebrity shakes for Valentine's Day.

Single pringles can celebrate the day of love by choosing their own "celebrity date" to have featured on their drink.

Jason Momoa received an overwhelming amount of requests, so many in fact that the store created a brand new milkshake dedicated entirely to him.

Other celebrities included Shawn Mendes, Taylor Swift, Ryan Gosling, and Zac Efron, although no one received as much love as the Aquaman superstar.

Coincidentally, Momoa was spotted filming in St. Thomas at the time the milkshake was released.

The actor has recently been seen in the 6ix as he works on season 2 of See.

If seeing him on screen just isn't enough to satisfy your Momoa cravings, this milkshake will definitely hit the spot.

Why You Need To Go: Get your Momoa fill with this dreamy milkshake entirely dedicated to him!