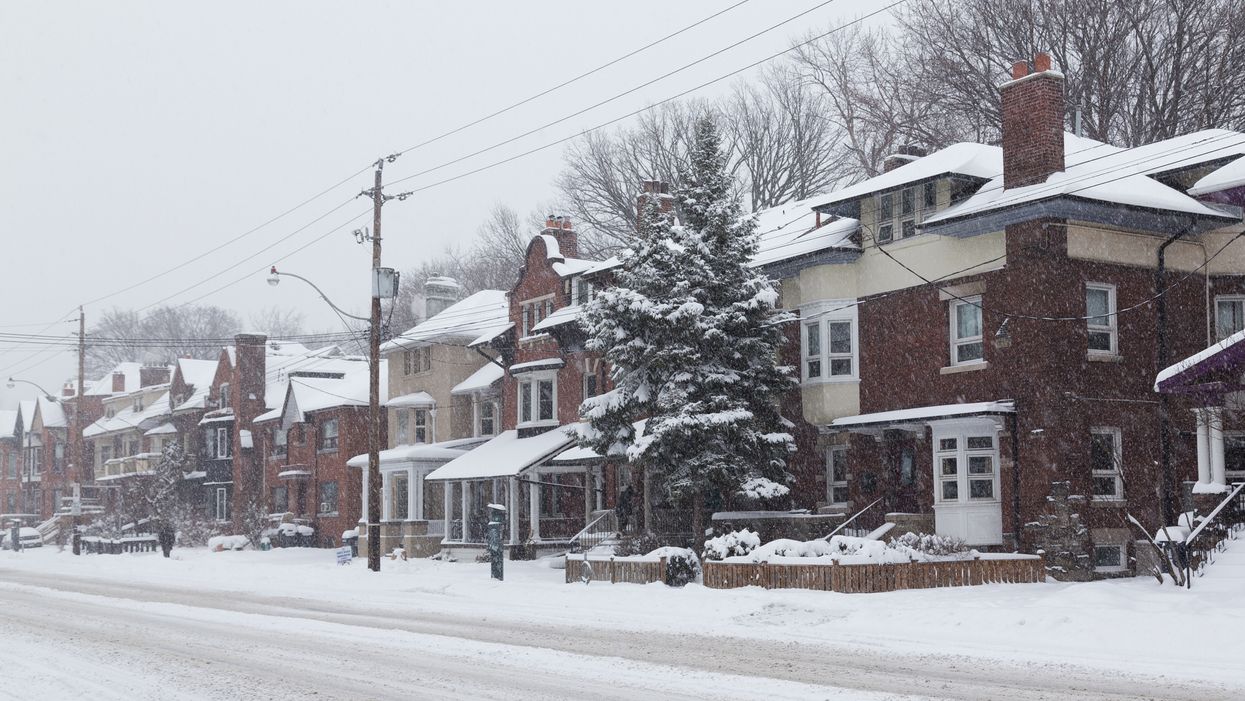 While Ontarians were able to enjoy some sunny weather last weekend, it looks like it's not here to stay. According to The Weather Network, a polar vortex is moving into the province this week, and it could be bringing some record-breaking cold. You might want to pull out your jackets because Ontario's weather forecast isn't looking good.

According to The Weather Network, a "polar vortex," which is described as "the coldest negative weather anomaly" in the world is currently making its way to Ontario from Nunavut.

The vortex is expected to bring below seasonable temperatures and even snow in southern parts of the province throughout the month of May.

In fact, Ontarians could see the spring weather feeling 15 to 20 C colder than normal.

This could bring the coldest daily highs in recorded history for the month of May, according to The Weather Network.

"For those yearning for balmy spring temperatures, unfortunately I can confirm that there is high confidence in the forecast for these below seasonal temperatures in Ontario. The magnitude of the cold air is also looking to be an exceptional outlier, much like the cold air mass that the region saw in April," wrote meteorologist Tyler Hamilton.

As the cold moves in, all of Ontario could see the white stuff falling from the sky by the end of this week.

Even Toronto's weather forecast is predicting one centimetre of snow on Saturday.

"Snowfall is not exceptionally unusual in northern Ontario in May, but it is quite extraordinary for parts of southern Ontario," The Weather Network stated.

However, snow is most likely to be seen in the area of Great Lakes Basin.

Northern Ontario can expect to see the white stuff fall on Thursday, while the storm will move into southern Ontario by Friday and continue into the weekend.

Environment Canada even predicted on Sunday night that Ottawa could see temperatures as low as -3 C on Monday evening.

A forecast so chilly that it could break the previously held record for coldest May 5 in the capital's history.

This hasn't been an easy start to spring for the province. Toronto just endured one of its coldest Aprils in history that brought not only showers but freezing rain and snow too.

Toronto has been so cold, in fact, that the city just went 200 days without hitting 20 C. The streak finally ended this past weekend when temperatures soared to 21 C.

There's hope on the horizon, though. Most of Canada is in for a "good beer-drinking" summer this year.

Ontario will get to enjoy many double-digit days soon enough, according to Environment Canada's seasonal forecast.