A lot of people did not receive a recent tornado warning. 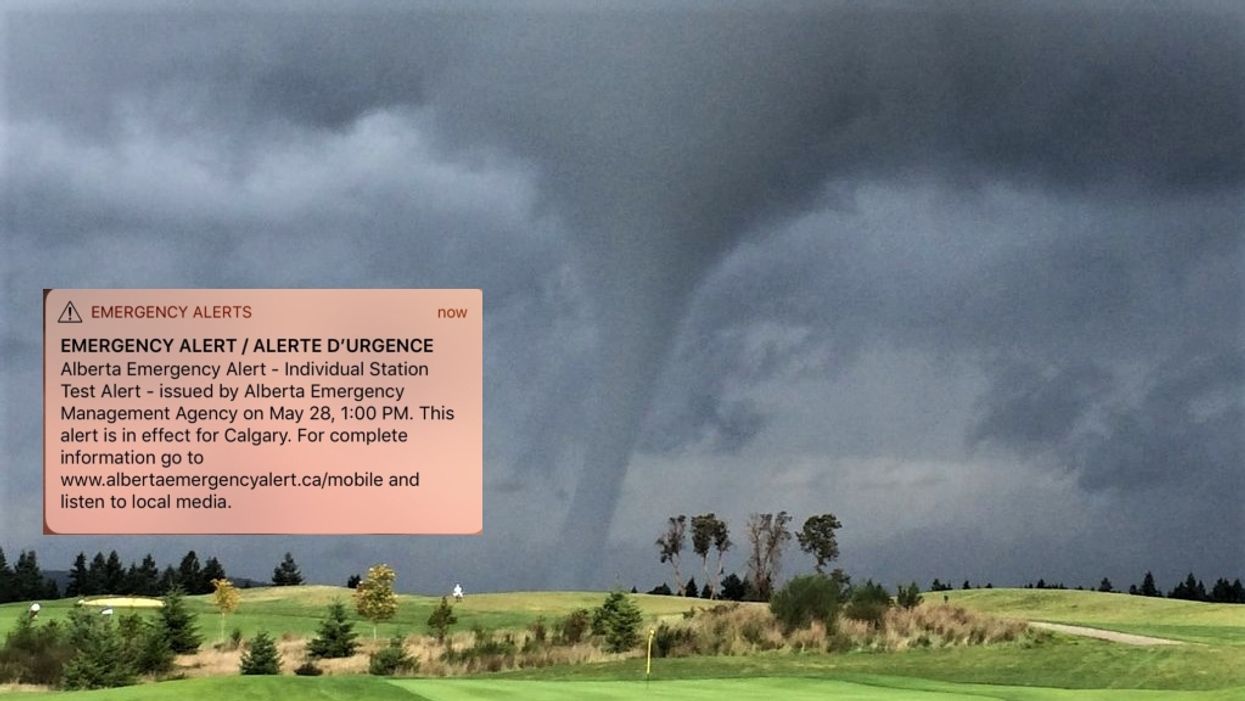 People in Ottawa should have had a bit of a scare earlier this week when Environment Canada put out a Tornado warning for the area but it turns out a lot of people didn't even get the message.

The alert was sent out over Canada's new mobile emergency alert system. The system, which was introduced three months ago is supposed to send a notification to your phone whenever there is a warning or risk, such as a tornado, in your area.

READ ALSO: Here's The 2018 Emergency Alert Schedule For Every Province And Territory In Canada

Following Ottawa's tornado warning this week, the system's operators say it worked perfectly but according to Canadians, that's not true. Just after 5:30 pm on Wednesday evening, the alert system supposedly sent a notification to everyone in the Ottawa that a tornado warning was in effect and to seek cover if they saw dangerous weather approaching.

A lot of people in the area, however, are saying they didn't receive any alerts at all. In response to a tweet from the CBC, Ottawans revealed that a lot of them didn't get the message.

I got it on my phone yet my wife with the exact same type of phone on a shared plan with Bell and standing in the same room as me at the time did not. #fail

I did not. I have an iPhone 7 with the most recent iOS, on @RogersHelps and I had LTE at the time. All the phones around me went off.

This was the first weather scenario to use the alert system since it was officially introduced. Despite what people were saying though, the company that operates it, Pelmorex, thinks it worked perfectly.

In speaking to CBC, the company director, Kurt Eby said they had the alert out within a matter of seconds so on their end it was a success. However, he did also tell them that since the system is a one-way broadcast they have no way of knowing if it was received by anyone.

There are a number of reasons why people may not receive an alert from the system like software incompatibility or being in the wrong area. None the less, Canadians are still not convinced that this system is perfected yet.

This is not the first speed bump in the emergency alert system. The system experienced a major glitch a couple months ago when performing a test alert in Quebec.