The story is shocking. 😱 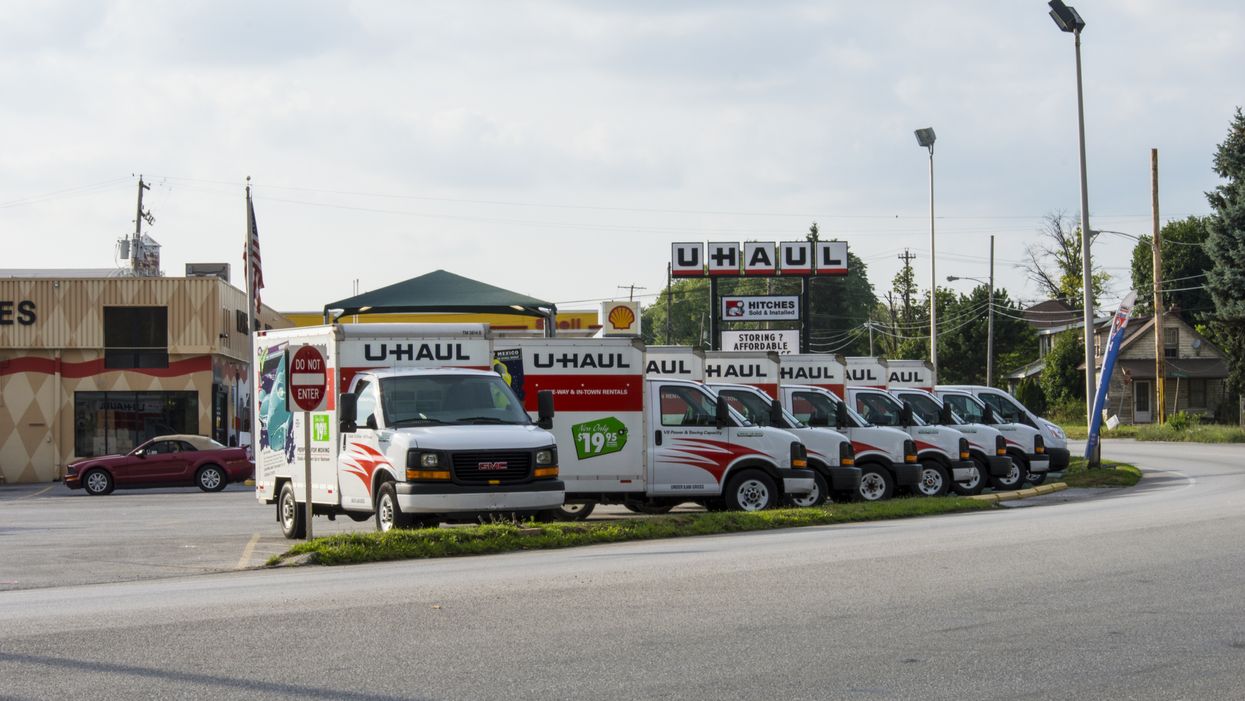 A massive fire took hold in Eugene, Oregon on River Road Saturday night. But the story behind the flames is even more shocking than the event itself. An Oregon man was arrested after throwing a lit firework at a woman and accidentaly setting four U-Haul trucks on fire.

Sergeant Stotts of the Eugene Police Department told KEZI 9 News that it all started when the man and woman began arguing inside the U-Haul parking lot.

When things got heated, the man hurled a lit firework at her, forcing her to duck for cover.

After sparks started flying, the man peeled out of the lot and fled the scene.

At the time, neither of them had known there was a thief hiding under one of the trucks who was stealing gasoline.

When the sparks from the fireworks hit the gasoline, the truck (and three other U-Haul vehicles) burst into flames.

The thief caught on fire as well. Video footage showed him fleeing the scene with his clothes on fire.

Once the Eugene Police Department officers showed up on site, they were able to meet with the U-Haul owner. They accessed the security cameras and were able to catch the license plate of the offender.

Before the fire ended, they arrested the fireworks thrower inside his home.

Stotts told KEZI 9, "He's been charged with reckless endangering, criminal mischief, and I believe those are it for right now."

It is unclear whether or not he will pay compensatory damages and how much jail time he will serve.

In the end, the woman made it out alright.

Two of the four affected U-Haul trucks were permanently lost in the fire.

The string of record-breaking prizes has made headlines around the country, and many people will no doubt be itching to get their hands on the jackpot. But when it comes to buying a ticket, how should Canadians play in order to win $70 million dollars or more?