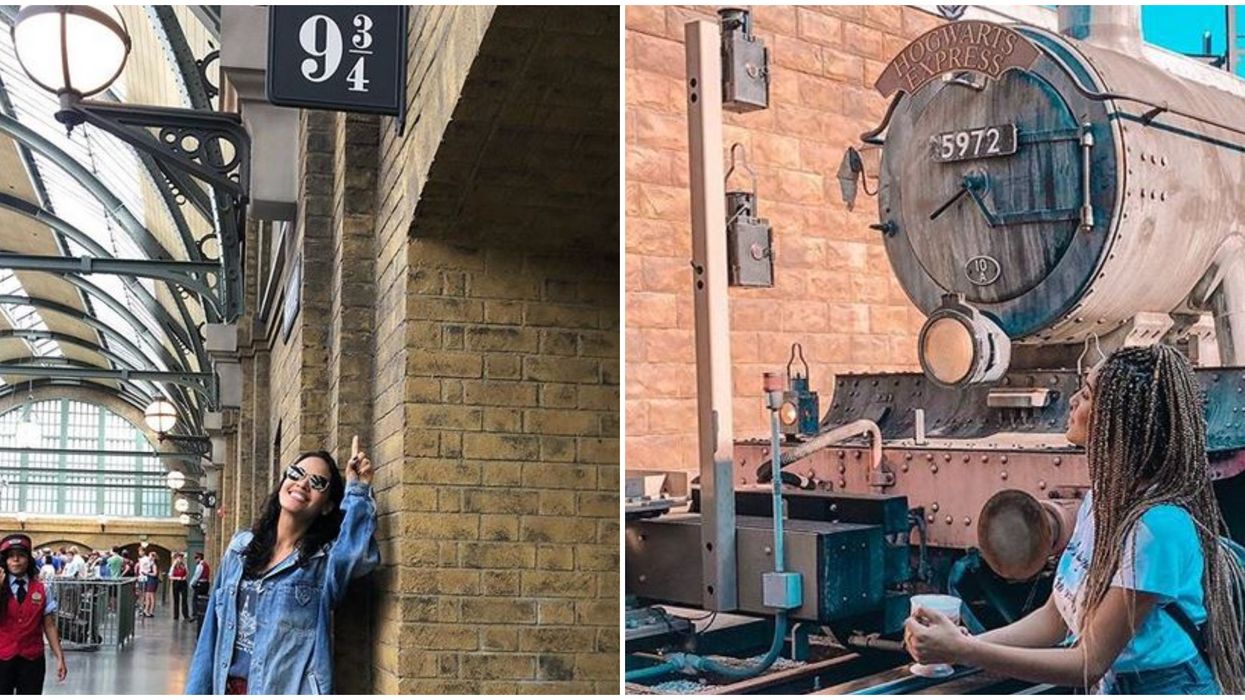 The best thing about The Wizarding World of Harry Potter isn’t the coasters, the adorable merch, or the delicious butterbeer. It’s the fact that you can escape the muggle world for a while and truly exist in the magical world, total immersion-style. Wizarding World theme parks exist all over the globe now, and while they’re largely cookie-cutter models of the first, there are still quite a few differences to be found if you know where to look. Here are six things that the Wizarding World of Harry Potter in Orlando has that Hollywood doesn’t!

What's Different: Florida definitely has the better deal when it comes to The Wizarding World of Harry Potter. Universal Studios Hollywood only has Hogsmeade because of its limited capacity to expand, while Universal Studios Orlando holds both Hogsmeade and Diagon Alley.

What's Different: The phenomenon of Hagrid’s new roller coaster debuted on June 13, 2019, in the Hogsmeade section of Universal Orlando’s Islands of Adventure. As of now, it is the only location of the ride in the world.

What's Different: The Hogwarts Express was created to connect the two sections of Hogsmeade and Diagon Alley, so it stands to reason that Hollywood Studios, lacking the latter attraction, doesn’t have a Hogwarts Express, either. While there is a train in California, it doesn’t move.

What's Different: Ukrainian Ironbellies may not be native to Florida, but you definitely won’t find them in California. Arguably the centerpiece of Diagon Alley, this fire-breathing monster will only be menacing visitors in Orlando for the foreseeable future.

What's Different: The massive Gringotts bank with its many busying goblins and cavernous passageways is absent in Hollywood but is always open for business in Orlando.

What's Different: The grand and iconic station from the books is in full operation mode in Orlando, letting you board the Hogwarts Express to ride to the other side of the park. In Hollywood however, the closet thing to a station is the Hogsmeade Station store where you can purchase Platform 9 ¾™-branded items.

While the Orlando Wizarding World may have more attractions, it doesn't make the Cali one any less magical!