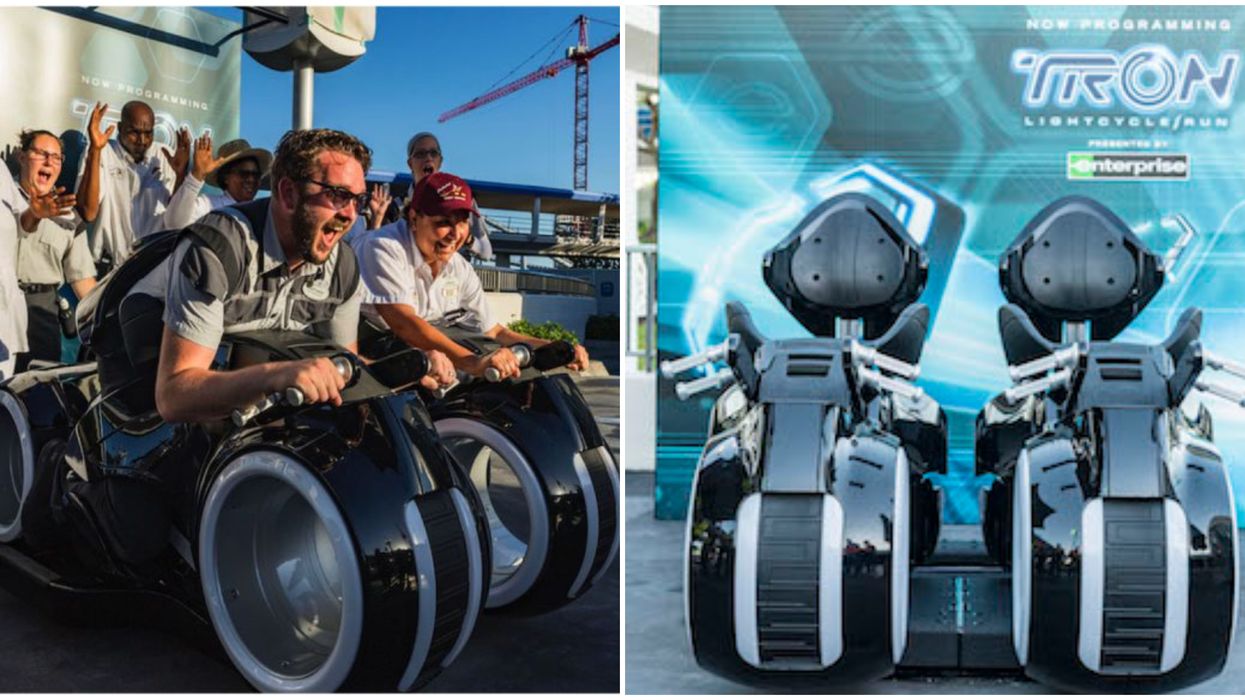 Disney has been hard at work breaking its own records, pushing boundaries and sufficiently leaving guests awestruck with releasing a nearly-constant stream of new rides and attractions. And just this week, we got a new look at what will be Disney’s faster coaster: Tron Lightcycle / Run. Already a favorite at Shanghai Disney, guests can now go check out and pose on a pair of Lightcycles on display at Tomorrowland!

TRON Lightcycle / Run is set to open just in time for Walt Disney World’s 50th anniversary in 2021, and from what they have shown the public so far, it will be well worth the wait.

Earlier in November, Walt Disney Imagineering and Magic Kingdom cast members celebrated a milestone in constructing the ride as the last piece of the track was lowered into place.

TRON Lightcycle / Run is a coaster-style attraction where riders will board a procession of iconic two-wheeled Lightcycles for Disney’s fastest coaster yet.

When the ride debuted in Shanghai in 2016, it instantly became a fan favorite. TRON will bring a much-needed new spark of life to Tomorrowland, and with it perched right next to Space Mountain, it will give the illusion of a futuristic city skyline.

While eagerly awaiting the full debut in 2021, you can check out what the cycles will actually look and feel like and grab some awesome pictures in Tomorrowland in Disney’s Magic Kingdom.

For more Disney news, check out what these celebs thought about the new Star Wars ride, and check out when Bindi Irwin was spotted at Disney this month!

Why You Need To Go: Racing on a Lightcycle through a digital frontier on Disney's fastest roller coaster? Need we say more?