Coyote Ugly isn't for the faint of heart! 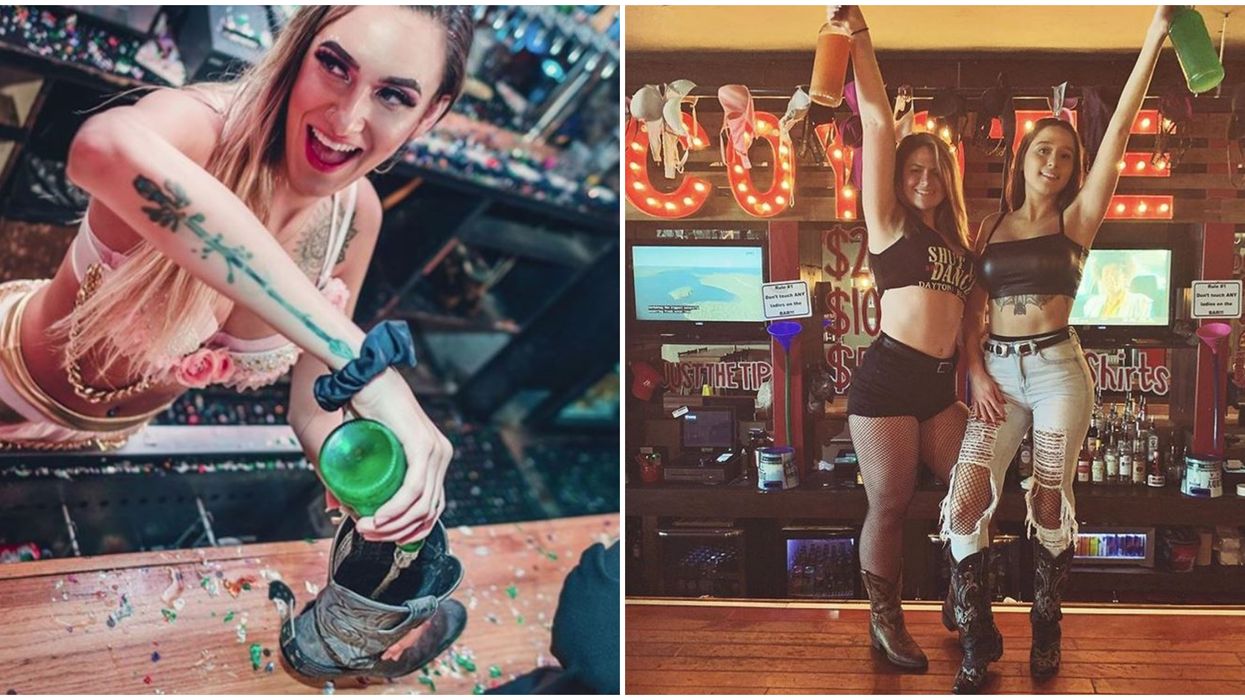 Whether you’re a fan of Westworld, Wynonna Earp, or even Red Dead Redemption, the classic Western motif is a romantic adventure that’s captivated many with its charm. Floridians can immerse themselves in the wild world of cowboys and horses at a western bar near Orlando, Coyote Ugly Saloon. But you better be prepared to drink like the real deal, and that includes beer out of boots!

The famous saying of Coyote Ugly is, “We don’t serve water here,” and so you’ll soon find out as you step through the swinging doors. This is a bar unlike any other you have been to before.

You might recognize the name from the 2000s movie by the same title, which paints a pretty accurate picture of what a normal night at Coyote Ugly entails.

Not unlike saloons of the Wild West, the place is packed, noisy, and boozy, with pretty girls singing and dancing to county music on tabletops and enticing patrons to drink.

In fact, that was precisely what founder Liliana Lovell’s recipe for success with Coyote Ugly was.

And with Coyote locations all across the globe today, we think she may have been on to something.

Lovell, or Lil, as she is affectionately called by those who know her, had been waitressing and bartending since her early teens when she made her way to NYU for college.

To pay the bills, she bartended several different locations while gaining experience and working her way up the chain of command.

Even at such a young age, Lil had a knack for making money and making people drink, and when she was eventually able to buy her own space, the first Coyote Ugly was born.

County music, whiskey shots, and the occasional cheap tequila in a boot was the name of the game, and Lil started hiring pretty girls who could sing along to the music, dance on the bar tops, and entice people to drink.

Coyote Ugly is reminiscent of the wild saloons of the blown-away Western age, but you can still party it up country style with the wild Coyotes of the most famous bar in the country.

Why You Need To Go: Get in touch with your wild side at this crazy Western saloon.