The creep factor is so real here. 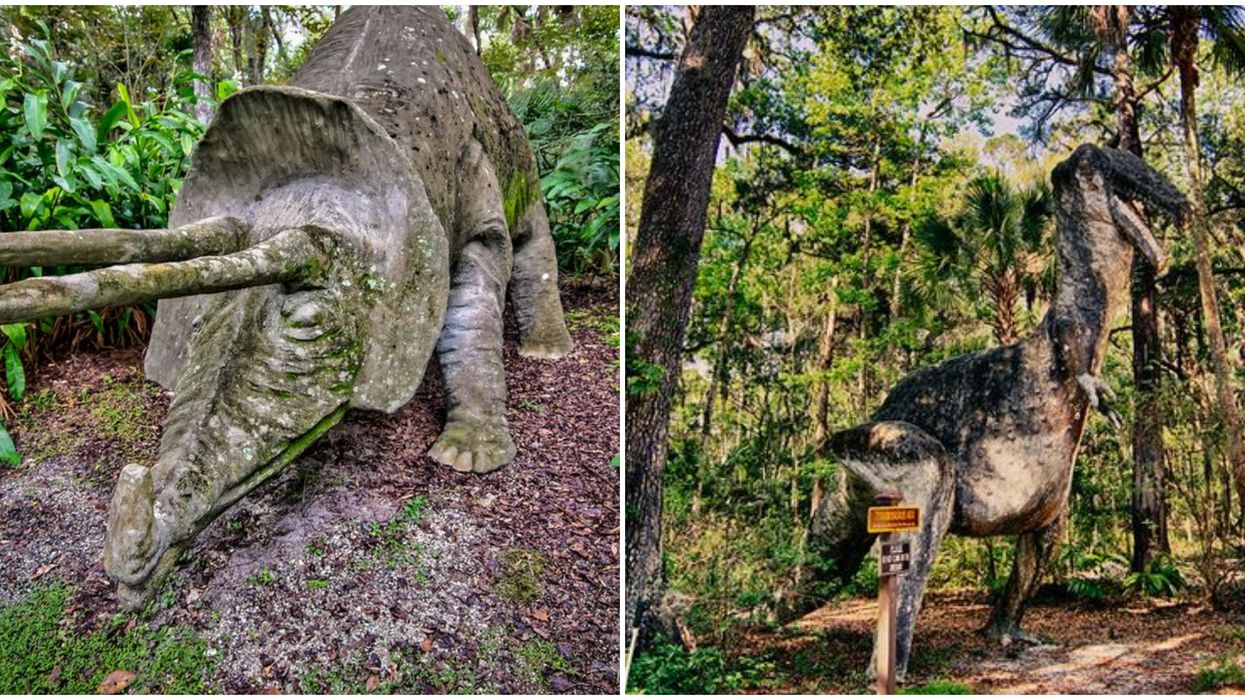 Florida has built a bit of a reputation for itself as being a historically creepy place. Locals have endless fun innocently taunting tourists with cryptic warnings, ominous myths, and the eerie on-goings of the Sunshine State. If you're looking for abandoned Florida places to explore, we have just the spot in mind. Beneath the foliage and undergrowth of Port Orange lies one of those stories: the eerie remains of a 1930s amusement park called Bongoland.

This is a little hideaway where the dead stone eyes of cement dinosaurs stare hollowly as you pass by, and ruins of the old mill still creak in the wind, draped in Spanish moss.

According to the official website, it’s a place with history, but not all of it pleasant.

What is now the Dunlawton Sugar Mill Gardens began as a functioning sugar mill before Florida was even a state in 1845. The property then passed through a few different owners, one of which was killed. It was later burned down in the Second Seminole Indian War.

While it was rebuilt and active from 1849 to 1853, the mill was burned down yet again in the Third Seminole Indian War and became camp headquarters for the St. John Rangers during the Civil War in 1862.

Finally, things started to look up for the property in 1939 when it was leased to Dr. Perry Sperber, who converted it into an amusement park.

Bongoland featured an Indian village, animals, a train to ride that wound guests through the paths, and a monkey named Bongo, which inspired the park’s namesake.

This era is also where we get the dinosaur replicas and statues from, still as whole and eerie as ever.

After just five years, Bongoland inevitably closed, and in 1985, the property was restored into the Dunlawton Sugar Mill Gardens.

Open to the public, guests can wander the storied grounds and enjoy the myriad of plant life that thrives there today. And the concrete dinosaurs still watch as you walk by, defying nature and withstanding the test of time.

Why You Need To Go: Explore the creepy old remains of an ancient theme park!