Crikey! It's the Irwins! 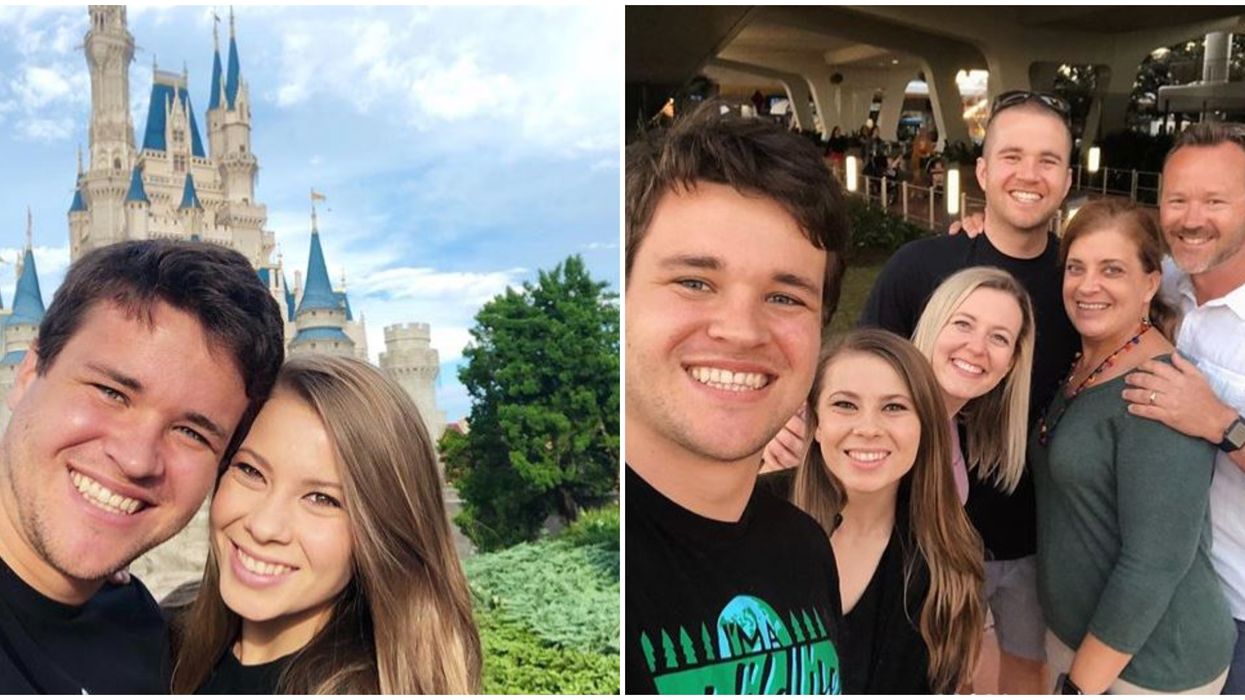 Disney World is even more magical during the holiday season, and it’s a place where locals, tourists, and celebrities alike gather to celebrate and spend time with their families. Big events and holiday sensations are sure to draw in massive crowds, but it’s also a great time to spot some familiar faces. Just this month, Bindi Irwin and her family were spotted at Disney World Orlando!

Wholesome Irwin-family content never fails to bring a smile to the internet, and people were hyped to see their favorite family from Down Under visiting the U.S.

As Bindi, daughter of late croc hunter Steve Irwin, posted on her Instagram, the Irwins spent three weeks in Florida visiting Chandler’s family, her new fiancé. With the help of Bindi’s brother, Robert, Chandler proposed to Bindi this past summer, to which she, of course, said yes.

Bindi and Chandler met in 2003 when Chandler was visiting Australia for a wakeboarding competition. He visited Australia Zoo on a day that Bindi just happened to be giving tours.

As fate would have it, Terri and Steve met the exact same way, when Steve spotted Terri in the crowd during a crocodile demonstration and claimed it was love at first sight.

The Irwins visited Disney World with their new extended family, and the Aussies were seen wearing warmer-than-normal clothing. Apparently, the mild Florida winters were chillier than they’re used to in The Outback!

Many '90s kids grew up watching Steve Irwin educate people on wildlife through his many television series dedicated to conservation and environmentalism. Just last year, Terri, Bindi, and Robert returned to Animal Planet on their new series Crikey! It’s the Irwins to carry on Steve’s legacy.

For more Florida entertainment, check out this new African safari opening this week, and these hidden secrets of The Wizarding World of Harry Potter.