Watch a fairy tale wedding in the World of Avatar. 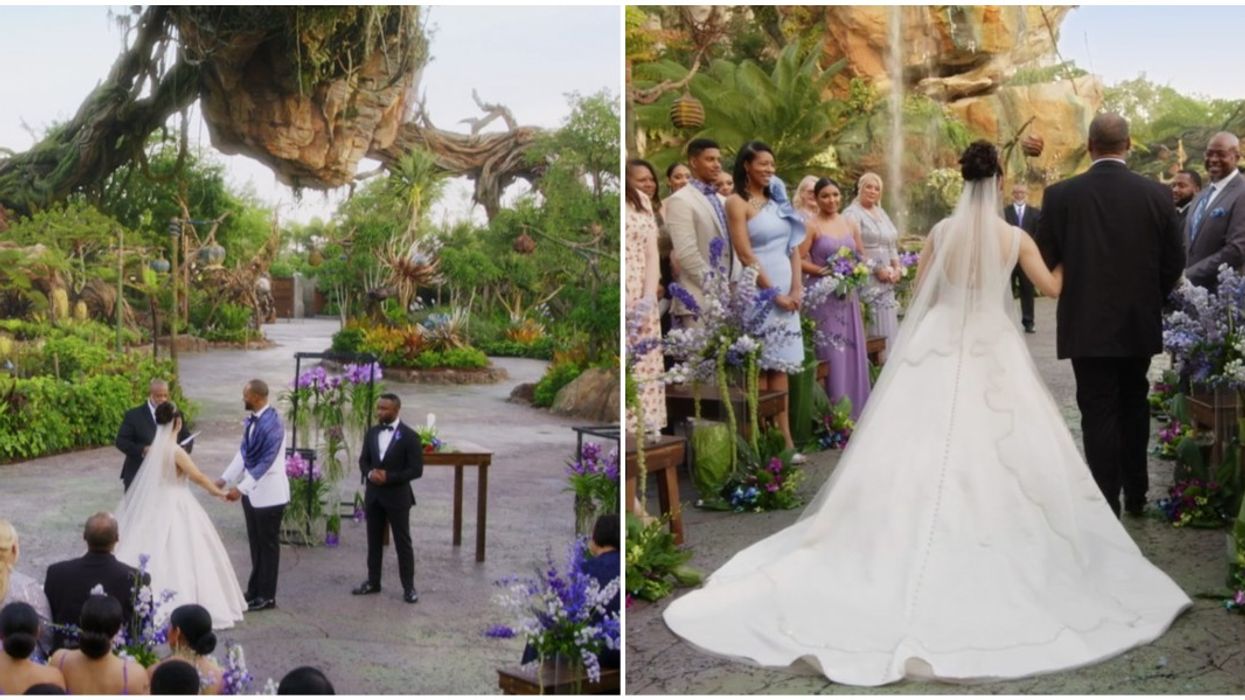 Countless Disney fans dream of tying the knot in the "Happiest Place on Earth," but what about on another planet? Disney World recently hosted its first-ever wedding on Pandora — The World of Avatar. Florida couple Patrice Hicks-Lemon and Dontrell Lemon got married at the fairy tale location at the Animal Kingdom Theme Park in Orlando. The wedding aired on Disney+ on March 6, 2020, and it's available to watch now.

Hicks-Lemon had always dreamed of getting hitched at Disney. Her fairy tale finally came true, making history with her beau as the first couple to get married at the park's otherworldly location.

Hicks-Lemon and Lemon grew up in Michigan and met in high school. The bride first visited Disney World at 5 years old and has been a devoted fan ever since — together the couple has enjoyed frequent trips to the theme parks, as mentioned in the episode.

"Disney to me is just my happy place," said Hicks-Lemon. And this is true for many Disney fans who call it the Happiest Place on Earth.

Everything about this wedding screamed fantasy from start to finish.

The backdrop for the June wedding included grand scenery and lush landscapes recognizable from the 2009 blockbuster film. There was even a colorful Pandora-themed wedding cake included in the mix that you absolutely have to see.

The ceremony appears in the latest episode available of Disney's Fairy Tale Weddings series, currently streamable on Disney+. The show features an array of weddings at Disney destinations in Florida, California, Hawaii, and beyond.

Even if you don't get a chance to watch the series, the pictures from the official Instagram of the show really capture this magical union.

The show began in 2017 and has two seasons. If you're hoping to also get married in mouse ears, you can check out the website here.

You can hop on Disney+ for more episodes of Disney's Fairy Tale Weddings or visit Pandora this spring and feel like you're on another planet.

The Avatar world opened in Disney World's Animal Kingdom in May of 2017. The park includes rides like the "Avatar Flight of Passage" and the "Na'vi River Journey."

On the other hand, if you and your S/O have done the Disney thing and need something new, try these unique things to do around Central Florida and this hot air balloon deal in Orlando.

For more otherworldly adventures, you can stay at this pineapple-shaped villa in Punta Cana inspired by Spongebob that will transport you to Bikini Bottom.