The point of no return. 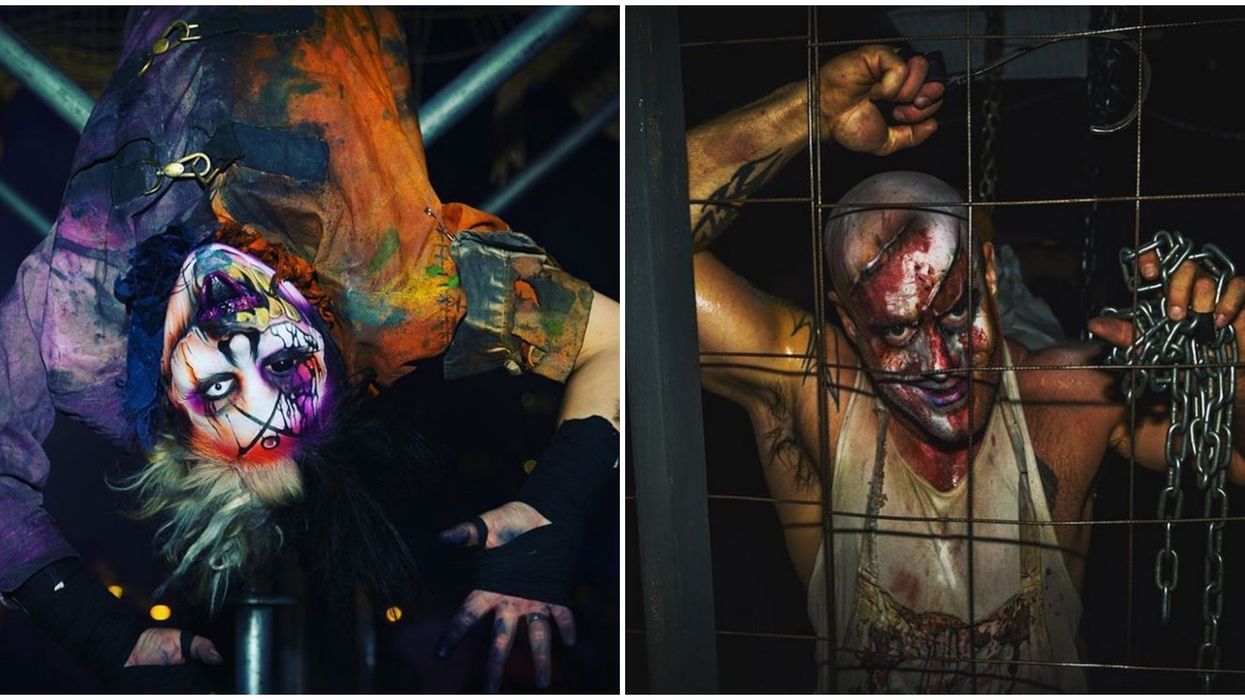 Let’s be honest, there’s a particularly masochistic element to deliberately spending money on something you know is going to scare you close to actually peeing your pants. Universal’s Halloween Horror Nights is one such event, drawing you in with a morbid kind of curiosity. This year in particular, however, is gearing up to be the most terrifying yet with the addition of Dark Horizon to Florida’s already exuberant horror scene.

Epic Entertainment Group is based out of California, and they’re already well known for their infamous high-budget, multi-house haunt Dark Harbor, now ranking as the largest annual event held in Los Angeles. Since it’s debut in 2015, Dark Harbor’s attendance exploded to over 120,000 during its three-week run. And now they are making their way to Florida with Dark Horizon.

What’s interesting about Dark Horizon is that it draws inspiration for its haunted houses from local folklore. Demon Florida Man, anyone? In all seriousness, Epic Entertainment Group managing partner Charity Hill said the haunt would highlight Florida’s murky history of voodoo, piracy, and murder with historical figures like Bloody Ed Watson, Mambo Cecile, and Captain Killigrew.

Since Holiday Inn’s previously family-friendly Halloween event did not go as well as they’d hoped, this year is geared more towards adult entertainment. Along with its three haunted houses, Dark Horizon will also feature four themed bars, fire show sand aerial acts, a 4D theatre experience, a lounge with VIP access, and a dance party.

You can experience the terror for sixteen nights between Oct. 4 and Nov. 2 at the Holiday Inn by the international airport. There are multiple a la carte options that include rum tasting and line-skipping access, and tickets are on sale now, so don’t miss out!