Stop in for a spell 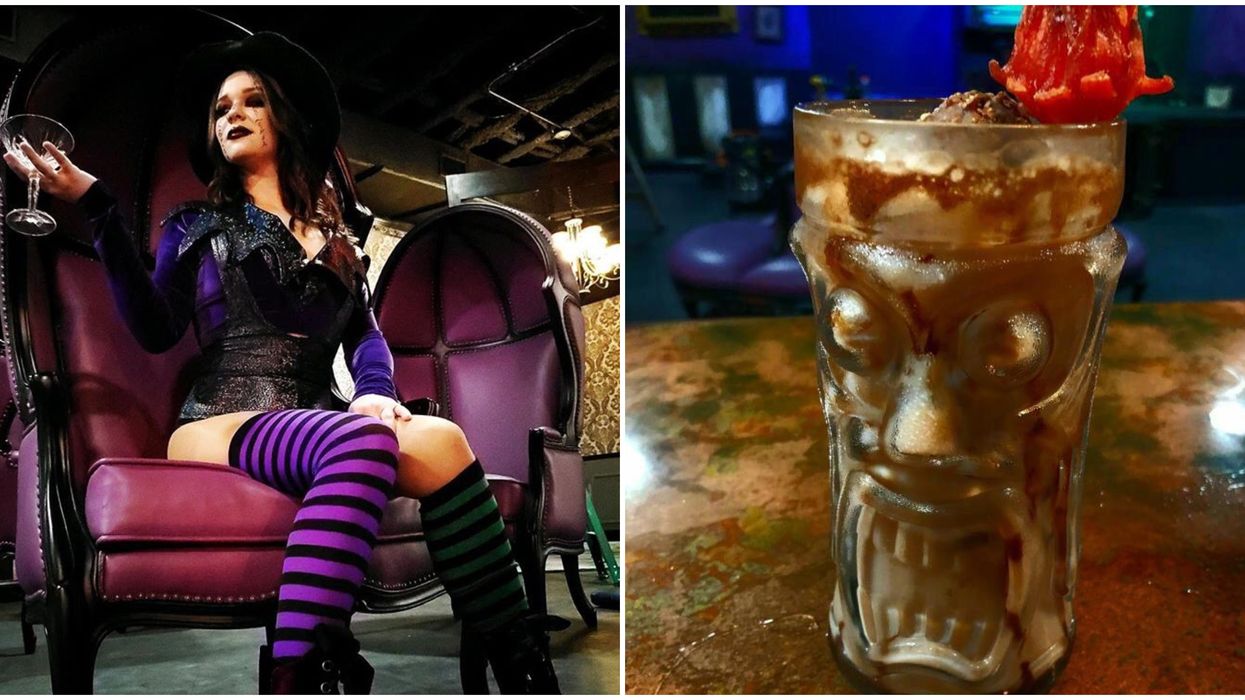 Halloween fans everywhere were thrilled to learn of the new Halloween-themed bar coming to Orlando this fall. The chance to celebrate and revel in your favorite holiday all year round was just too good to be true!

We got to talk to the owners a bit before the opening and even got some inside looks at their spirits and décor.

With the grand opening of Cocktails & Screams just around the corner, we can safely say that this place is sure to deliver on its spooks, spirits, and scenes.

If you read our last article, you’ll know that to attend their opening this weekend, there was a catch. The owners made a grand scavenger hunt out of the event and hid multiple special keys all around Orlando for guests to find.

If you found a key, you were to report to their sister bar, Joysticks, to claim your ticket and maybe even a special prize.

Another key, titled The Sam Key, was found (as of today) three days ago, and their two separate soft openings were announced for this weekend.

Friday, October 4 is to be a key master's only opening, where those lucky enough to have found the hidden keys, and their plus one, are given a first look at the new bar!

The following day, Saturday, October 5 will be the soft opening for the public.

If you’re getting a bit of FOMO, then you’ll be happy to know that they will be still be hiding another 10 keys before their grand opening! So, you still have a great chance of hunting one down and winning some awesome exclusive prizes.

Be sure to keep an eye on their Facebook and Instagram pages for clues as to where the keys are hidden and how many have been found so far. Happy haunting and hunting!

Why You Need To Go: Celebrate Halloween all year round at the coolest spot ever!