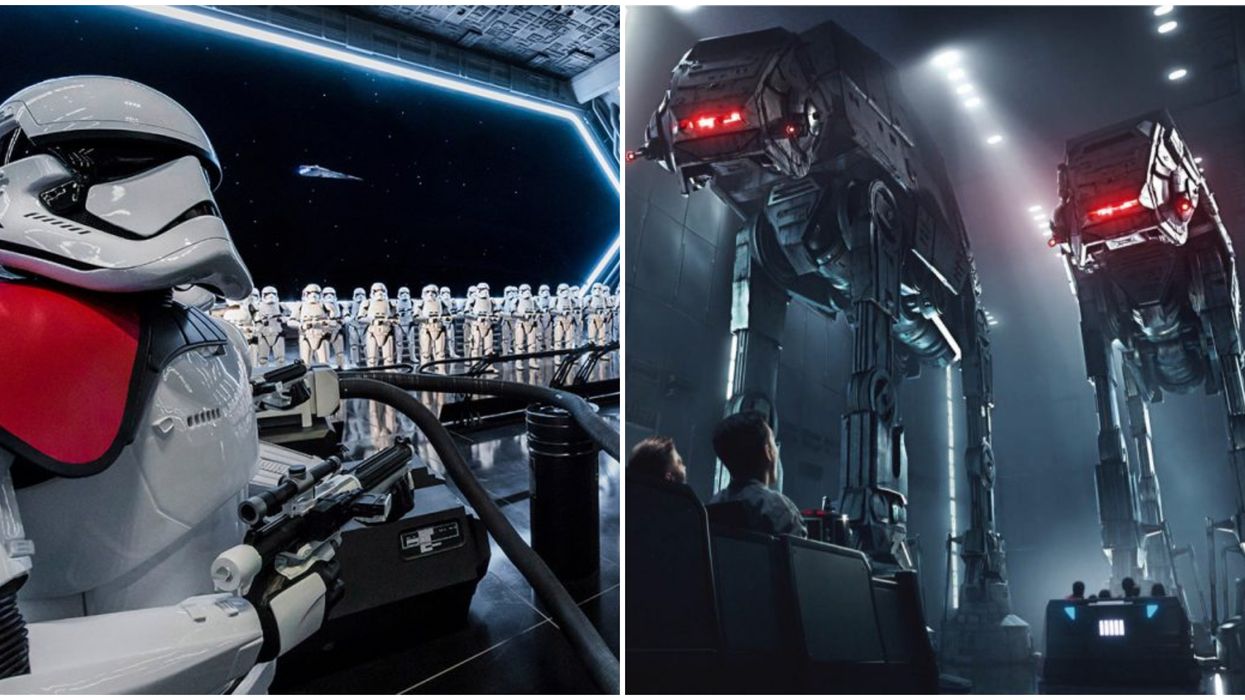 It’s been an exciting summer for Star Wars fans with the highly anticipated opening of Star Wars: Galaxy’s Edge at Walt Disney World Resort in Orlando Florida. No longer are trips to Orlando purely for the diehard Mickey and Harry Potter fans. Star Wars fans finally have a place to go to live out their galactic dreams in total realism.

From sampling delicious space food to some of the most impressive rides and attractions Disney had ever rolled out, it’s surely a dream come true of many.

Now, just weeks away, we eagerly await the opening of the latest edition to the amazingly technological rides at Galaxy’s Edge, called Rise of the Resistance. There are some amazing new details out about this ride, not of the least of which is that we will be chased through the attraction by none other than Kylo Ren!

Disney is pulling out all the stops with this new ride, including some brand-new tech that has become super popular at their Shanghai resort—the idea of a trackless ride. Part interactive simulation, part trackless coaster, it will also be Disney’s longest ride yet.

Rise of the Resistance will include four different systems and run about 15 minutes long.

The ride begins with guests on their way to meet with General Leia Organa at a secret rendezvous point but are intercepted and take prisoner aboard the Star Destroyer by the First Order.

The entire cast currently slated for the Star Wars film participated in the making of the new ride, which means fans will come face-to-face with some of their favorite characters as they try to escape from Kylo Ren.

Without giving too much away, you can look forward to wandering beneath two full-sized AT-AT walkers, a new simulator experience that gives the sensation of falling from space to crash land on Batuu, a race through the Star Destroyer on a trackless ride vehicle, special effects, projections, and Audio-Animatronic figures.

Disney has been spoiling guests with all the amazing new updates, like new additions to Epcot, and the new Tron ride!

Star Wars: Rise of the Resistance

Why You Need To Go: Experience the most innovative attraction from Disney yet and get chased by Kylo Ren!