Orlando has the coolest spot to unleash your inner nerd. 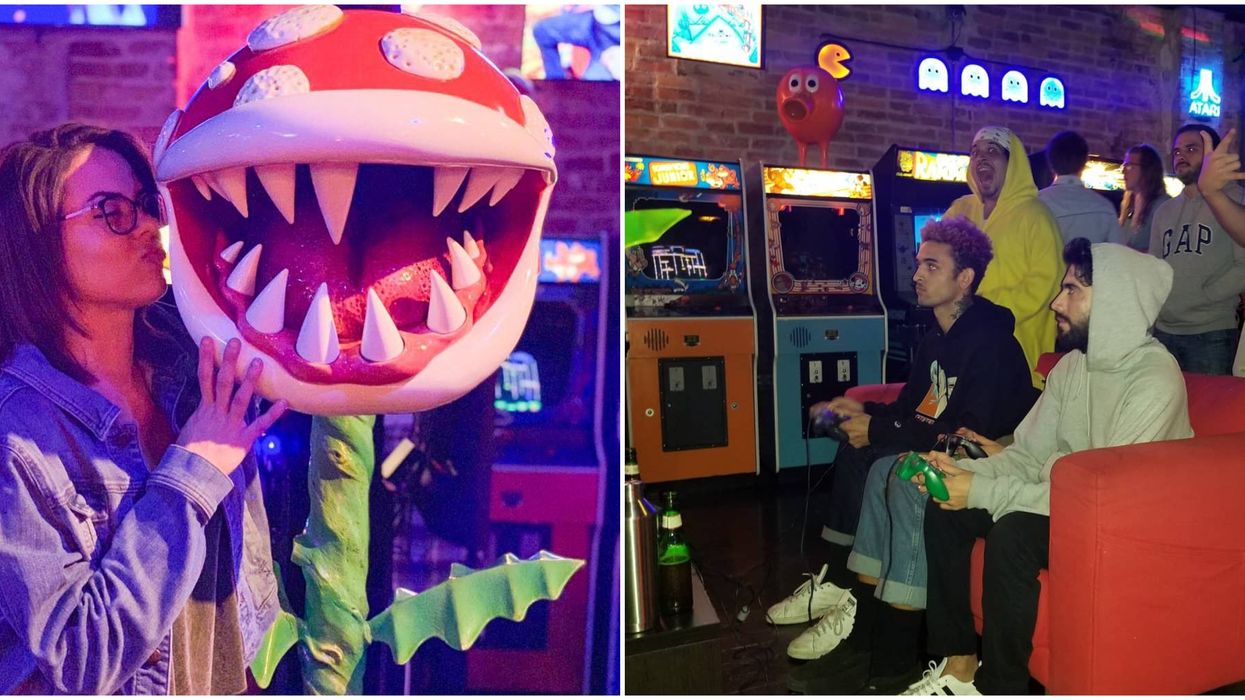 Gamer geeks and pop culture enthusiests rejoice! If you're looking for the perfect place to unleash your geek, rescue the princess, and ruin your friendships over a game of Mario Karts - all while getting tipsy with some of the most Instagrammable beverages to ever exist, then look no further than Joystick's Retro Arcade Lounge and Bar in Orlando Florida.

Not only do they have the coolest bar EVER, featuring a board game we all know and love (and hate when we lose), Monopoly, but behind the bar we also see a nod to our favorite Italian plumber, Mario, making an appearance in the 1981 arcade-classic, Donkey Kong.

Every week they add new games for you to play and slay; including some world renown titles such as Super Mario Bros 1, 2, & 3, Castlevania 1, 2, & 3, The Legend of Zelda, Star Wars, Star Trek, Ghostbusters, and many more! All you do is ask the bartender for a controller of your choice, leave your driver's license at the bar and you're ready to roll.

Their drinks are themed and totally Insta-friendly. Go swimming with the sharks with the "Shark Attack", made with Absolute Citron, lemonade, garnished with an adorable gummy shark and cherry chunks. Or if you're feeling fancy, the "Malibu Barbie" martini literally sparkles (ooo yes honey, I said sparkles), they put glitter on the rim, and top it off with a strawberry heart on a toothpick. Their shots are also themed and they even offer craft beers for the craft beer connoisseur (we see you tipping that fedora).

The entire lounge has something nerdy in every corner, with a ton of different spots to stop and take the perfect photo to add to your Instagram feed. Fans of Scooby Doo love the Mystery Machine Mural, and we can see why! You can be like Scooby and be asked by your friends, "Where are you?!" by snapping a sweet pic with Scoob and the gang! Joystick's also hosts occasional karaoke nights and is known to throw Nintendo 64 tournaments for those who are feeling like belting their heart out or competing for all of that sweet retro gaming glory. As of this current time, no upcoming tournaments are scheduled but keep your eyes peeled if you want to participate and earn those bragging rights.

If you're ready to take a trip to Joystick's, they're located at 69 East Pine St. FL 2, Orlando, FL 32801 (hehe 69). You can also see more photos and get more information about this bar here.