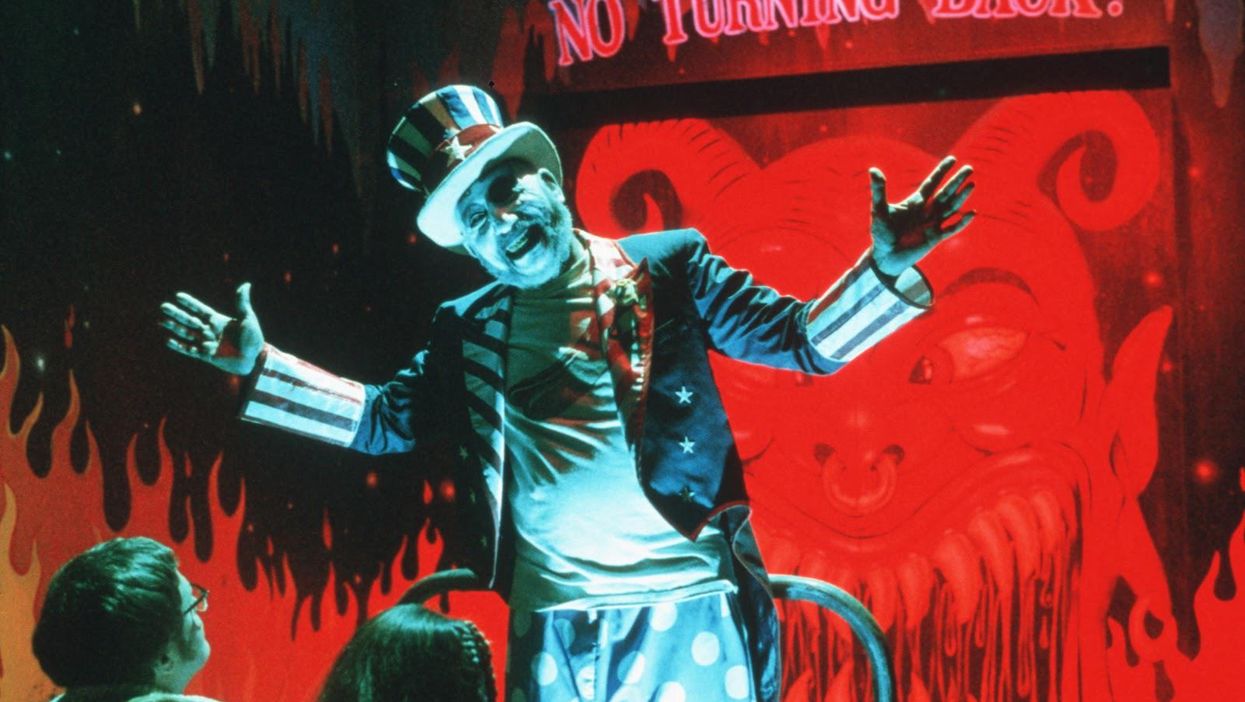 If you're one of those people who starts counting down to Halloween a year in advance, you'll be thrilled to hear about Universal's new haunted maze for Halloween Horror Night 2019.

Though the original film House of 1000 Corpses directed by Rob Zombie is about 10 years old — and once so controversial it almost didn’t see the light of day — it is now the inspiration for a major theme park attraction.

Zombie originally sold the rights to Universal Pictures, but they were appalled by the raw violence and sanguine sights and shelved the creation. Zombie shrugged it off, bought back the rights, and promptly made a deal with Lionsgate.

As most things do, the tale has finally come full circle, with the return of House of 1000 Corpses to Universal’s Halloween Horror Nights. Zombie was probably just ahead of his time.

Corpses’ influence is two part, featuring Captain Spaulding’s Museum of Monsters and Madmen, and the house of the Firefly family. For those unfamiliar with the movie, the eccentric roadside museum leads guests through hall after hall of infamous serial killers.

Among the deranged is Dr. Satan, and if the name wasn’t enough of a giveaway, he’s kind of evil and crazy. In fact, the victims of his debauched experiments run freely through the maze, along with the psychotic, murderous members of the Firefly Family. If Universal’s originally unnerved reaction to the movie is anything to go by, this will surely a be a maze you’ll never forget. And maybe to your detriment.

Phew! Stock up on those adult diapers, guys! It’s going to be a long night. Tickets for Halloween Horror Nights are on sale now, and the terror begins Sept. 6!