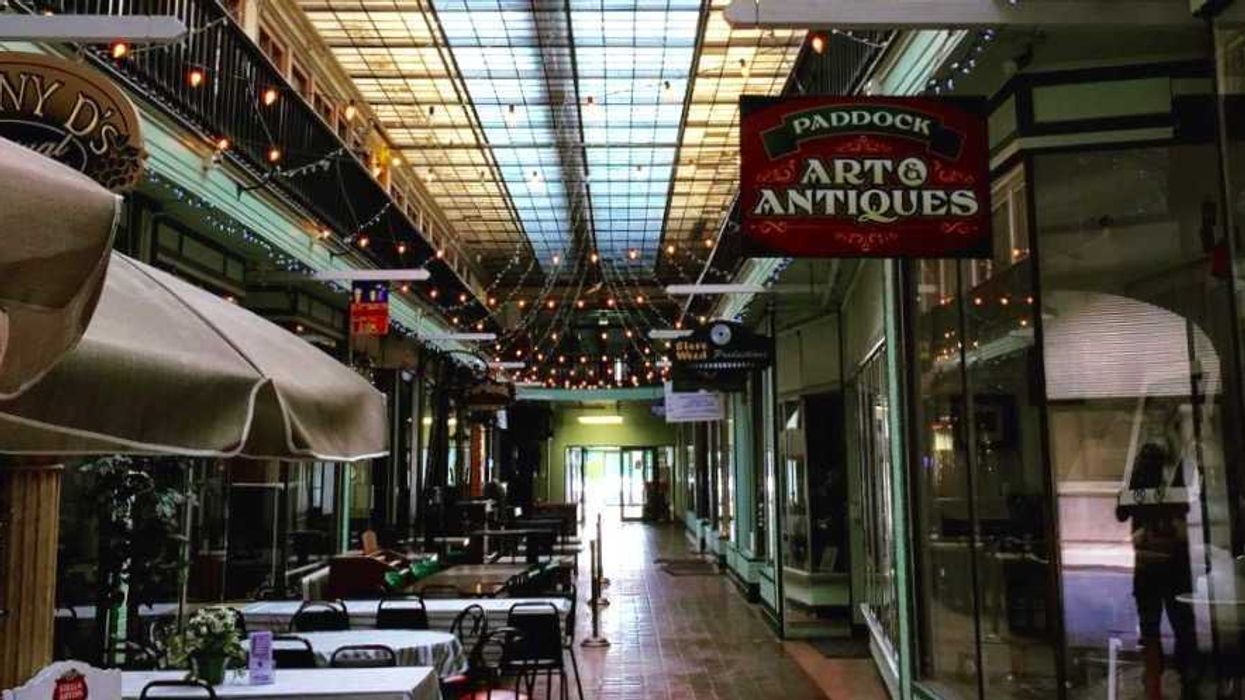 Watertown or Syracuse, at least for Canadians close to the border, have always had one purpose: Shopping. Whether it meant scoring some insane Black Friday deals or getting Christmas presents for the family back up north, people who go to upstate New York are usually there to just expicility buy some stuff and then head back. Which, really, is a shame.

Towns, like Watertown, are so much more than strip malls and bargains. Head downtown the next time you're over there and discover the quirks and charm of this small American town. Whether you're abducted by aliens or drinking a Tom and Jerry cocktail, you'll find something interesting.

Here are 10 things you need to do on your next road trip to Watertown:

Grab some lunch at the adorable Crystal Restaurant

Drink a signature Tom and Jerry between Thanksgiving and Christmas, a traditional upstate New York eggnog cocktail, at the oldest restaurant in Watertown. Dating back to 1925, The Crystal is a place of tradition, and is also one of the last bars in New York to have a stand-up only bar. Plus, it doesn't hurt that their prices, especially around breakfast, are so kind on my wallet.

And take a delicious wrap to go from Vito's Gourmet

Devour the delicious, freshly-made Caesar wrap, slurped down with one of their homemade, daily soups.

Take a walk through Public Square

Away from the strip malls is the historic Public Square town centre that looks especially beautiful in the summertime. The old Baptist church and the fountain add to the old-world charm of Watertown's centre, and this place is always lively in good weather - certainly on the 4th of July.

Devour some chicken and waffles at SweetBean Cafe

Sip on a coffee and eat some of their signature chicken waffles or the hearty Cuban sandwiches.

Get abducted by aliens at the infamous Thompson Park Vortex

This is a good story to take back home. Legend says there's a vortex in the huge park that transports you from one end of the park to the other. If you find it, please message us, thanks.

Take a pic at the Flower Memorial Library

This marble, Romanesque century-old building is arguably the nicest structure in the town and shouldn't be missed, especially if you're an avid photographer. It's not only the most beautiful library in Watertown, it's one of the most beautiful buildings I've ever seen.

The second-oldest covered shopping mall in the entire U.S., Paddock Arcade (which is older than Canada itself) is a cute little place to wander through. Around the 4th of July, it's decorated in American flags and makes for some terrific photos.

Take a walk along Black River

Relax by the river that flows through the town, whether you find a walking trail to explore its shores or just want to sit down and escape the quaint town centre.

Don't forget the camera. The nearby falls are a popular photo-op area, and the rustic mill itself is a personal favourite - one of my favourite buildings in the city. But, really, prioritize the apple cider donuts when you come in the fall.

Take some photos of the old historic houses

The Paddock Mansion is probably the signature old American house in Watertown, but there's plenty of other old mansions to explore around the town. Other notable houses to drive by include 1896 Queen Anne and 343158 County Rte 126.