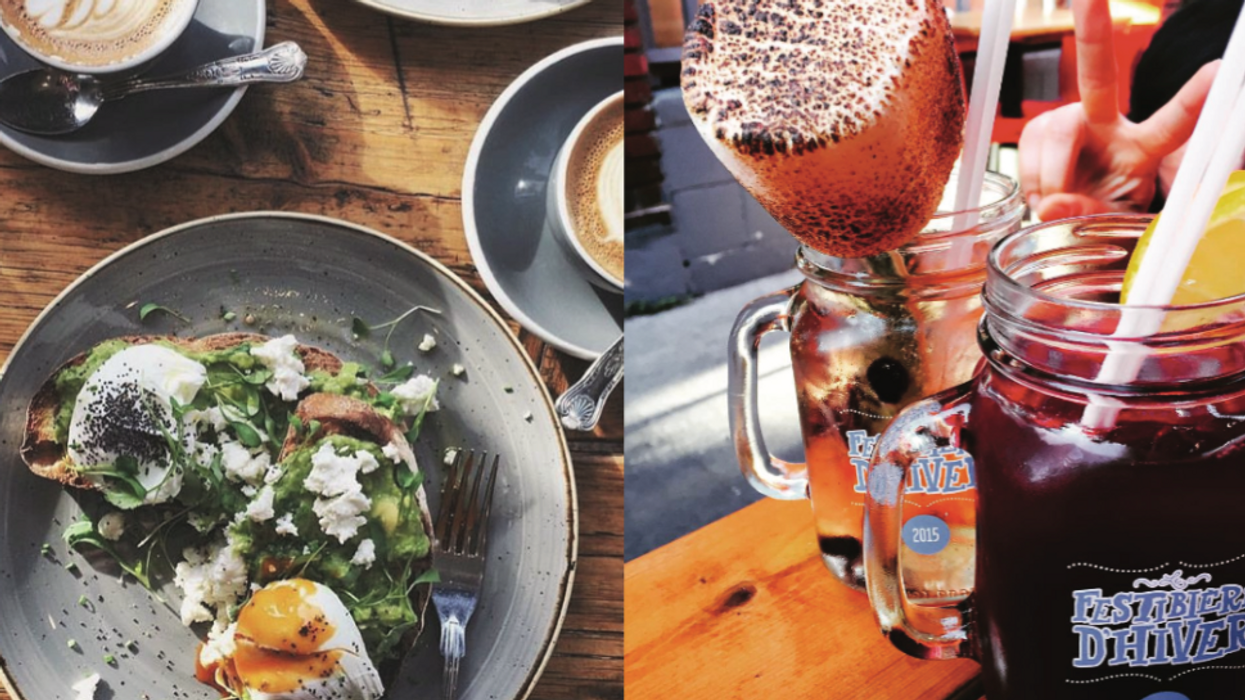 When you think of Gatineau, you probably think all of the amazing hiking trails. The nature that surrounds you, a way to get out of the city just for a little bit. Some people have only ever visited Gatineau to go hiking, which is totally fine, but you're also missing out on a ton of other things. Like the delicious restaurants.

It's inevitable you're going to stop in at La Cigale for some bomb ice cream, but stay a while and take a drive to these amazing restaurants. You won't regret it, because you should never regret eating. So here are 14 best restaurants in Gatineau that are totally worth the short drive!

Eating at Edgar means one thing: still talking about it weeks later. Their food is so delicious and unlike anything you've ever tasted before, you'll want to make the trip every weekend. They offer dishes like sandwiches, soups, and pasta but what they're truly known for is their amazing brunch that is only on the weekends. And it's first come, first served!

Not only is this the most adorable restaurant ever, but their food menu is on point. First of all, their staircase was turned into just a case of popular books which is the most unreal view ever. They have murals on the walls, and their decor is made to seem like an old house with pictures all over the walls and a fireplace. They have a ton of options to choose from as well, including duck confit eggs benedict. Yum!

La Belle Verte is a vegetarian restaurant, but don't let that turn you away. Their meals are filled with flavour, and their options are endless. A lot of the options are gluten-free or raw so they have something for everyone! I highly recommend the King Burger, you won't regret it.

A great thing about Haru Izakaya is that they have a menu happy hour where everything is super cheap. It's a Japanese restaurant that has so much to offer, you won't be able to pick. For those of you who don't enjoy sushi, they also have things like poutine and fish and chips which makes this restaurant loveable for any person!

A homemade meal without actually being something you made is the best kind of food. At L'Aubergiste, they give you options between small plates, main courses and desserts. If you're a foodie, you'll fall in love with this restaurant. The presentation of the food is unreal and the taste is even better. Also, you must try the dark chocolate cheesecake. It's a must.

An adorable cafe that is a must to try out in Gatineau. Their items are simple, but they do something right every single time. They're open for breakfast every single day of the week, as well as late into the afternoon. So you can stop by to get a delicious hot breakfast or even just a muffin, or come for lunch and dig into a pizza.

This Moroccan restaurant can not be forgotten. It has a ton of options, especially when it comes to Tajines, as well as a dinner buffet that gives you even more options. They also have vegetarian options, so not everyone will be left out. All of the food tastes like a home cooked meal!

What's better than a Mexican restaurant? Nothing. Bistro Mexicana 129 is delicious, and they have every Mexican dish you could ever crave. You must try the guacamole with chips, as well as the gordita. Yum!

This restaurant is the cutest one you'll see. They're known for their poutine, and it will not let you down. They have other things on the menu such as burgers, hot dogs, sandwiches, etc. but you'll want to stop in for the poutine. You can get sauces, veggies, and other things on it that will make it even more amazing!

This restaurant has everything you could ever want. Sandwiches, nachos, tapas, and drinks made with marshmallows. Yes, they have a specialty drink called la guerre des tuques which is Ungava gin, cider, blueberries, a fir tree branch a roasted marshmallow. Uhm, yes please?