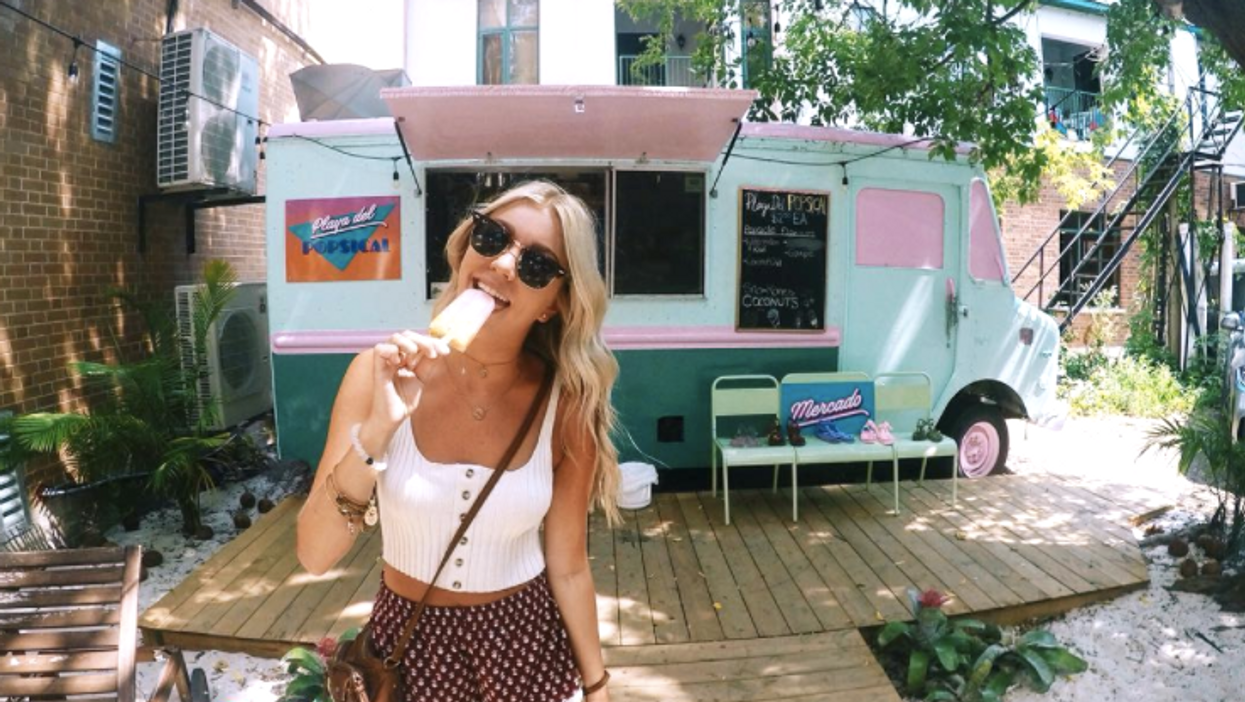 Here in Ottawa, we're known for a lot of things. BeaverTails, Parliament Buildings, Obama cookies, ByWard Market, Justin Trudeau, etc. However, there is a lot more of Ottawa that has yet to be noticed for its uniqueness and creativity.

READ MORE: 20 Things That Will Confuse The Fvck Out Of Anyone Who’s Not From Ottawa

While those places are amazing to tour and look at, we're all missing out on other things that are noted as hidden gems in my book. So get a piece of paper, write these down, and start discovering how cool Ottawa actually is!

Blumenstudio isn't your average floral shop–it's also a cafe. From wedding bouquets to succulents, you'll never want to leave. And you'll be able to sit on a cup of coffee while browsing, which sounds like the most relaxing day ever.

Stony Swamp is the biggest trail in Ottawa located in the greenbelt. While walking on the multiple trails inside Stony Swamp, you'll find deer, rare birds, rare plants, a sugar maple forest and beaver ponds. To be able to get close up to a variety of reptiles, mammals, amphibians and birds in Ottawa isn't always the case, but you can do it here!

DiRienzo's is not exactly hidden, but it's a true Ottawa gem. You wouldn't think much of it from the outside, but they make the most amazing sandwiches that can't compare to any other in Ottawa. You can get a sandwich off of their menu, or custom make your own but whatever the sandwich is it will blow your mind.

Archery Games is sort of like paintball... but way safer and less painful. They also describe it as a mix of dodgeball and archery, which sounds like the best time ever. If you've ever wanted to bring out your inner Katniss Everdeen, this is your chance!

A random, but definitely hidden gem in Ottawa. It's located in the ByWard Market, and is hung up on a wall in the courtyard which you'll be immediately drawn to. It's a reconstruction of a house that a builder created and put sheet metal on to give it a cool look. When the house was torn down, this piece was saved and recreated by another artist.

Table 85 is a hidden Asian fusion restaurant in the basement of a Remax building. How cool is that? This is a hidden gem solely because well, it's obviously hidden but also because their food is absolutely delicious. For cheap, you can get so much food and you can also share with friends so it's cheaper!

Ward 14 is the coolest bar in Ottawa, and you need to experience it ASAP. It's a consignment shop, but also a bar and you can purchase the things in the bar if you like them a lot. They have such cool names for their drinks, you can play ouija board there and they also make their own beer.

These ruins will blow your mind, especially being so close to Ottawa. What was once used as a experimental facility by a scientist is now a hidden gem in Gatineau Parker. The Wilson Carbide Mill is a sight to see, and it's so cool to see some of the architecture standing while looking so unique still.

This cute gem is located in Alymer, and it's a restaurant everyone needs to try. It's located in a quaint little home that is surrounded by trees and flowers, making it feel like you're in a forest when eating outside. This restaurant is relatively new, but they're a tapas restaurant that you can't pass up.

Lusk Cave is about a 45 minute drive from Ottawa, but it's so worth it. It's a marble cave that's thousands of years old, and is about 10 km in length. There is low to moderate water throughout the whole cave, and it's open all year round. It's way more fun to go during the summer, however it would also be a cool trip to see it in the winter.

This adorable popsicle joint is only available during the summer, but you must check it out as soon as it opens. Making homemade popsicles, Playa Del Popsical has a few options that will make a summers day just that much better. It makes you feel like you're on a cool beach in California for a little while, as there is sand all around and beach chairs that you can chill out on!