*Secretly envies the commerce building for being so nice* 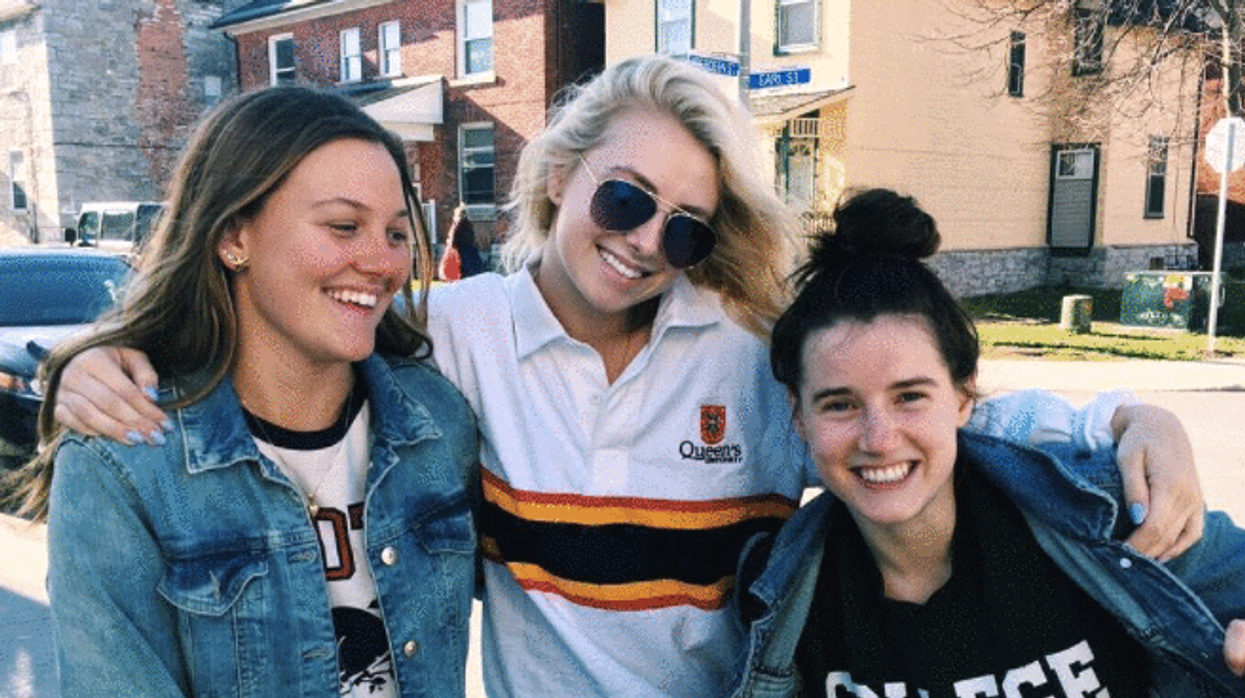 One of the most distinct things about one of Canada's oldest universities? Some would say the beautiful campus, the traditions (jacket slams duh) maybe, but we'd have to say the students. Queen's is its students. From the weird traditions we have to getting jacket bars and living at the pier, we're a crew that bleeds red yellow and gold.

Though we may all yell Cha Gheill, we definitely don't all do the same thing. Depending on the faculty, you can have some pretty weird traditions that no one else at Queen's would get, or even want to for that matter. Read on to find out brutally honest descriptions of Queen's facilities by Queen's student's themselves.

Very, VERY happy - like all the time. Can be seen running around in togas and getting involved in all the extracurriculars. Pretend to love each other, and about 50% of them don't ever want to become teachers.

Basically the wall street bankers Kingston style. Constantly attending conferences for every possible cause/reason available, and pretty much never found without a business card. When they're not on Tinder they're networking pros and can always be seen wearing suits. Think they're better than about 99.9 percent of the rest of the students because they have a really nice building with a Starbucks.

Think they know everything because they've read Descartes. Half will end up being lawyers and while the other half say they "like the options the degree gives them". Black coffee exclusively.

You'll be cool if you dye your hair like aquamarine.

Never, EVER, get into a debate with these people. All we can say? Lots to say, not too much room to listen.

You get the study hard type exclusively, then the study hard/party harder type. Lives to complete bar challenges and remind anyone and everyone that they have a GPA and a 30 plus hour class load a week. Did they mention how hard their program was and how much money they're going to make? And who's going to ritual?!

Constantly changes notes on the communal google doc to make sure they get into med school, can usually be found in Stauffer at 2 am on week 1 of the term.

Can usually be found leaving class early at the Bader only to find their prof from that class at the bus stop - oops.

SPORTS! DUH! Can be seen dressing in the athletic leisure trend for MAXIMUM sporty activities.

Those people in the bottom of Ontario Hall who spends their whole life perfecting one side of their clay foot sculpture. Then somehow pull it all together and go from 0-100 to get to their gala opening at night. Also have to put up with a lot of, "we have a Fine Arts program?".

People who actually want to make a difference but have to spend about half of their time just getting people to listen because they're, "bringing down the mood".

Four cats have been found dead this month.

Ottawa police report that they are investigating the deaths of four cats in the city's west end.