13 Reasons Why You Need To Date A Carleton University Student

I chose Carleton. I'll tell you why. 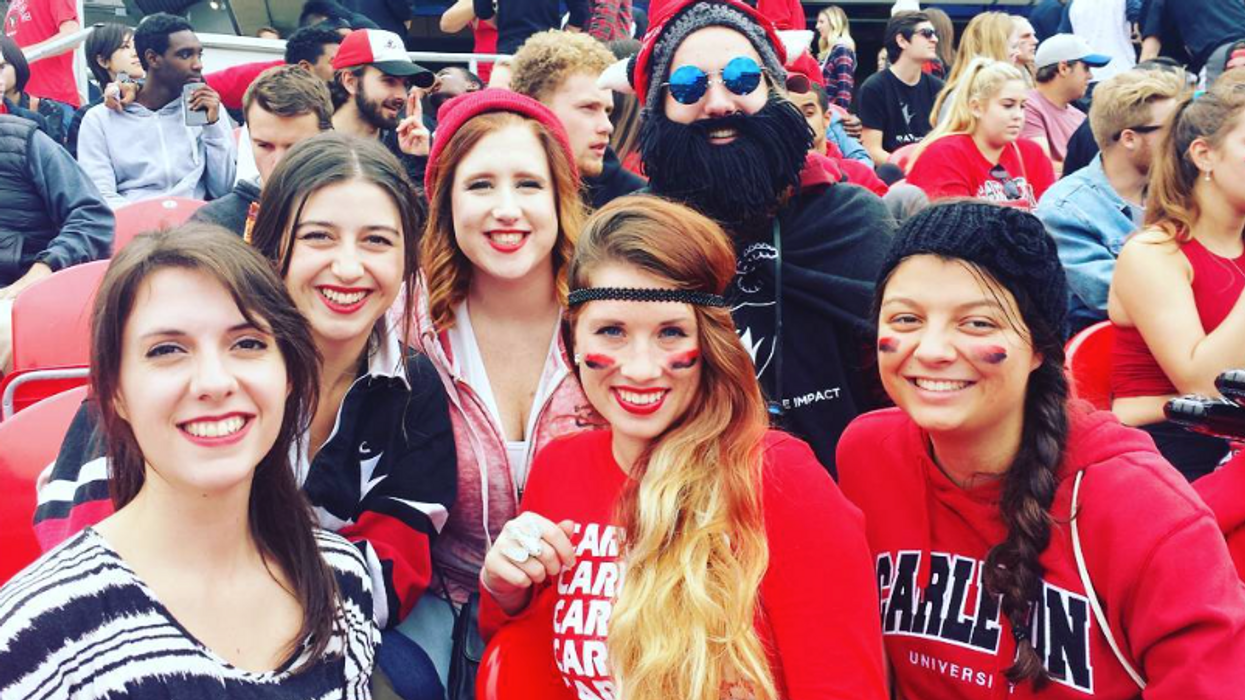 We're the tunnel creatures, straight out of  the River Building and ready to take Thirsty Thursday's at Ollie's by storm. The crème de la crème of Ottawa. Panda Game champions. Riders of the O-Train. If you're not already dating a Raven -- or worse, you're dating a Gee Gee -- here's 13 reasons to make you do otherwise:

Walking up the University Centre stairs is no easy task.

They're in touch with nature

There's so many places to sit on the grass beside the Rideau River and we're just in walking distance of Dow's Lake. Ottawa U, on the other hand.

They stand up for what they believe in

When they changed the name of River Building to Richcraft Hall they held a collective candlelight vigil outside. That's unity.

There's always new cultural events in the UC everyday. No, really. Every day.

You wouldn't want to console a U Ottawa student after a date at the Panda Game, would you?

They could be famous one day

Dan Aykroyd, Mayor Jim Watson and Shane Smith all went to Carleton U. Plenty of famous people are coming out of the tunnels, perhaps even your next date.

Why would anyone want to walk outside in an Ottawa winter? To the men and women who made the tunnels, I raise my glass to you.

They're ahead of their time

They got the O-Train before the rest of the city did, and hey, they can even take you on romantic train rides to South Keys.

Ravens are a symbol of good luck, in Greek mythology

In Christianity, a Gee Gee is a symbol of death. You think I'm joking but no, really. White horses. Look it up.

They can learn to live without power outlets, can fight their way onto the 111 at the bus stop and can walk on the other side of the sidewalk when the Health Sciences building is under construction.

Some have even given him a hat as a gift in the cold wintertime.

Two reading weeks and we never show up to our 8:35am lectures.

They enjoy only the finest culinary delights

Whether it's a Rooster's pita or a plain old bagel from Tim's, Ravens are not about culinary compromise.