14 Patios In Kingston You Have To Try This Summer

Little spots of paradise in the 613. 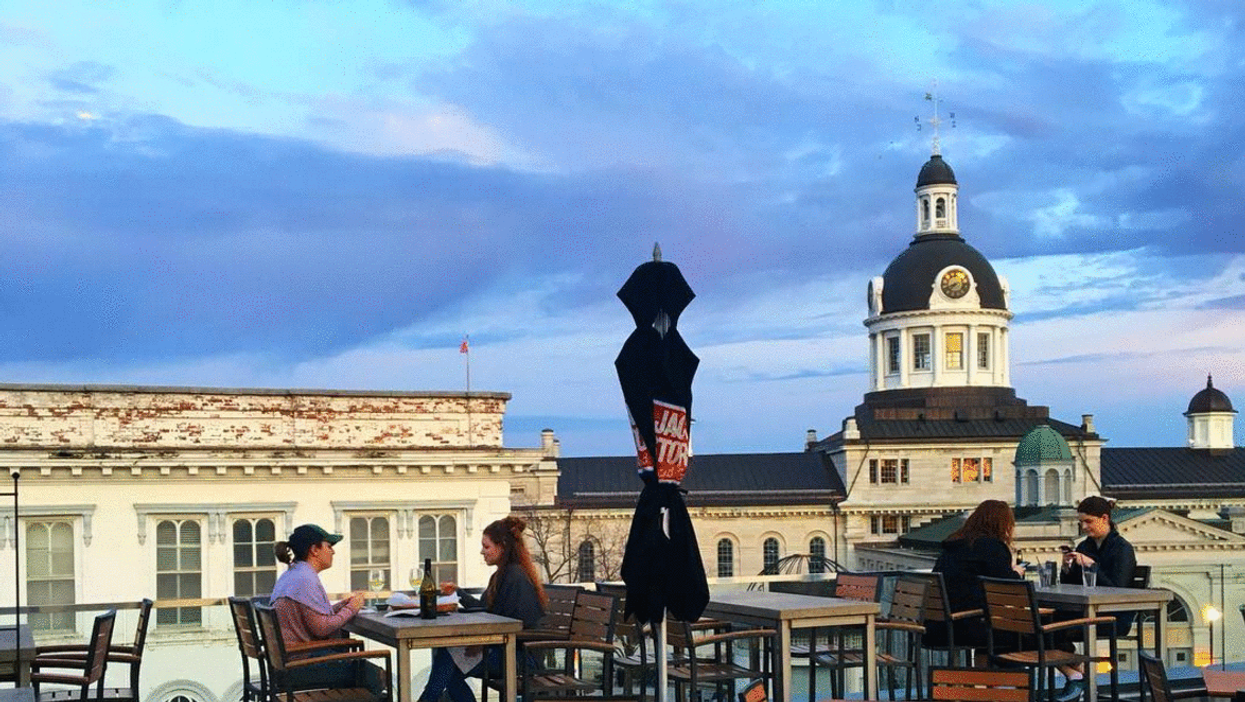 Some people live for football season, some for bikini season, us personally? It's all about patio season. You're out in the open air and then, oh, what's that? Just some sweet sunshine hitting our sangria glasses.

And while patios can be glorious, there are those ones that add something special to take your patio lounging afternoon to the next level. Luckily Kingston is FILLED with those gems. From the hidden beer gardens to the high-flying market square perch, these are the patios to be at in the 613 all season long.

Never thought that you'd find a hidden beer garden in Kingston? THINK AGAIN. This awesome spot may not look like they have a patio from the outside, but head through the back and you'll feel like you've been transported to Europe.

The Battery Bistro may just be your dream patio, but in the place you least expect it. It's located right beside Fort Henry, the famous protector of the naval dockyard built in the 1800s. On some Wednesdays and Saturday nights there will also be live music (until 8pm), oh la la.

Check out the Canadian waters of Lake Ontario while feasting on Canadian Fusion cuisine (to much eh?). The DOX is Kingston's only waterfront patio, giving you an awesome view of Martello Towers and Fort Henry as well.

We all know Jack Astor's, you'll get classic pub food and a great atmosphere - but one thing that the Kingston location is adding? A kick-ass rooftop patio that overlooks the stunning downtown district and waterfront. In fact, it's one of the only rooftop patios in the city!

Want a locally made meal paired with an artisan coffee? OF COURSE YOU DO! But because you deserve the best, you obviously deserve that same delicious feast right by the shores of Lake Ontario.

Like a fine wine, this place only gets better with age. As Ontario's oldest brew pub this place was originally a telegraph office but now serves as one of the finest patio spots in town. A casual, fun vibe filled with pub fare and plenty of beer options? We're down for either one of their patios.

Is there really a better way to enjoy freshly made (in house) pasta and gnocchi then from behind the flowered covered iron fence that surrounds this Italian oasis? Oh ya, I guess there is, put that beautiful patio right beside Market Square for the ultimate people-watching spot and throw in some live jazz music every Tuesday night.

A little more effort goes a long way sometimes. Hop on the ferry to Wolfe Island to this waterfront patio to see an amazing sunset paired with fresh food that will make your day.

This downtown gem has been a favourite of Kingstonians for years for their delicious east coast/Baja Mexican dishes. And what better way to enjoy them than on their heated/covered patio overlooking Lake Ontario and downtown?!

First things first, they're already killing it with the free nachos and salsa for every single table. Add in the three amigos taster margaritas, and cool string lights, a location right by the waterfront and what do you get? A wild Texan experience in the true north.

Oh la la j'adore! Not only is Chez Piggy (or "the pig") one of Kingston's most famous restaurants, they also provide a stellar patio that will make you feel like you've been transported to the south of France.

Head down there for their legendary live music and karaoke nights, but stay for this patio. With stellar pub food (get the "blarney chips" and/or the Guinness poutine) and plenty of beer to choose from it's a great option for any time your in the mood for a patio (which is realistically all the time).

Located right at the edge of Queen's University there is no need to be a scholar to have an unreal time here. The Grad Club has been running since 1963 and is fully a student-run, non-profit establishment. Who knows how to have a better time than students am I right?

The Mansion is easily one of the best venues in Kingston for live music. From local to out of town acts they feature an amazing line-up of up and coming music, but they're also killing it with the patio scene. Not only do they have a full Tiki bar but also a volleyball court.