*Still wants to believe Genovia is a real place* 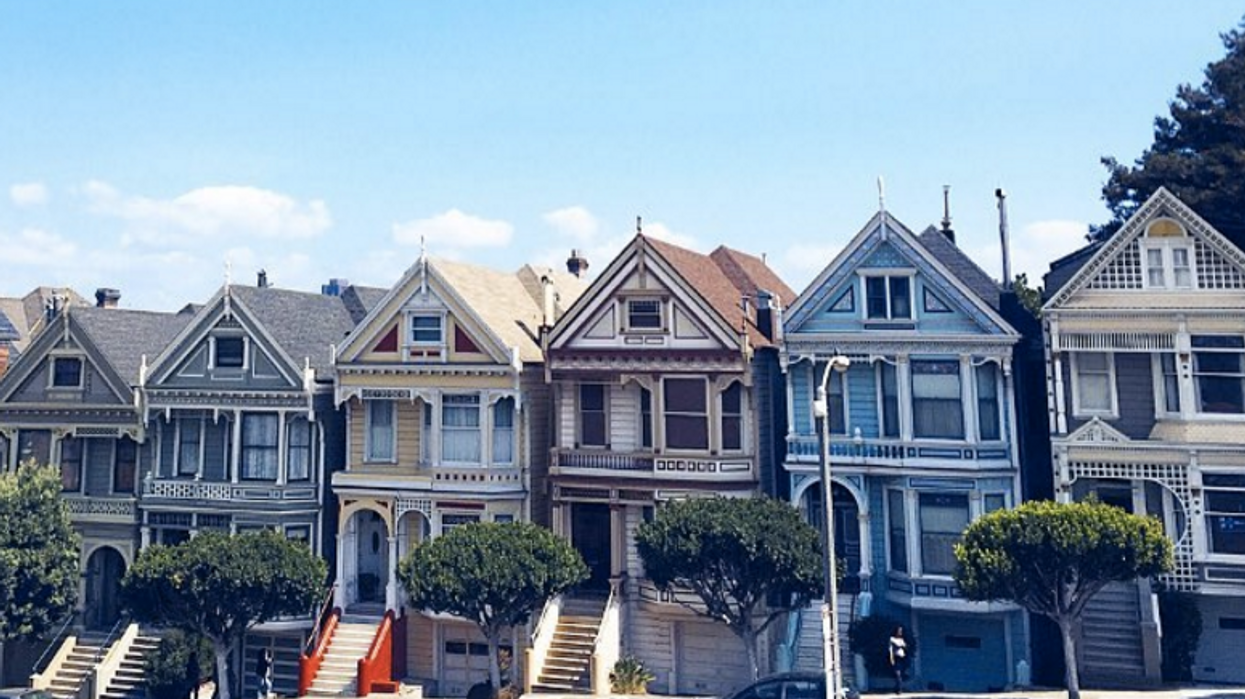 We all know we watch too much TV, and we've definitely seen too many movies to count. At some point after getting invested in a TV show, you feel like the characters are your friends. And in these shows people are always travelling to places so beautiful, you're not even sure they exist.

Well, most of those places are actually real and have lots of history behind them. TV shows and movies are often filmed in exotic locations and if you're an entertainment junkie like I am, those TV shows and movies make you want to find these towns. I'm sure the Albuquerque, New Mexico tourism rates went way up after Breaking Bad went viral.

Everyone travels for different reasons, and travelling to see where your favourite show/movie was filmed is a great way to get around the world. So here are 18 places you need to travel to if you're a TV/movie junkie:

Somewhere in Laguna Beach you can still hear Kristin whining Stephen's name. But the beautiful views and the sound of the waves will drown out that noise for sure.

Let's be real, everyone wishes for their own Paolo when they make a wish in the Trevi Fountain. However, we should all be wishing for our own Gordo.

You'll find Brooke Davis' beautiful home, but RIP to the River Court. It's now just a bunch of grass but our memories of Lucas and Nathan Scott playing basketball there will forever live on.

Although you definitely won't see Scarlett or Gunnar serving you drinks, a visit to the Bluebird Cafe would make all your Nashville dreams come true. Maybe if you're lucky Deacon will be there, fall in love with you and write you a love song.

Your long lost dad probably won't be a wealthy British politician, but you can still have mostly the same experience as Daphne did in What A Girl Wants. She explores London just like a normal tourist and isn't afraid to be herself #goals

*Cue the super corny music that means you're about to learn a lesson* The Painted Ladies, aka the Full House house, are a sight to see in San Francisco. Honestly, this was my shit when I was growing up but I can't tell you which house is the actual house they filmed in. What matters is that Uncle Jesse will forever be in our lives, and our first experience with a DILF.

If every hospital was like it is in Grey's Anatomy, I'm sure we'd all be trying to get into medical school. You won't actually find Seattle Grace... sorry, Grey Sloan Memorial Hospital in Seattle, but we can all dream that you'll see McDreamy casually walking around the Public Market.

Take the Ring south and the scale the slopes of the Misty Mountains with your own fellowship. You can even celebrate your friend's eleventy-first birthday in the actual Shire.

Get ready for an ultimate girls trip. You'll know which one is Carrie Bradshaw's apartment because it's blocked off (rude). Just don't expect Mr. Big come walking out those doors, as other people actually live there now.

Now I'm sure all of you have seen The Hangover, but if you haven't, then watch it now. There are things you should and shouldn't do in Vegas and that movie perfectly describes what you shouldn't do. But I mean, a hangover in Las Vegas is inevitable.

Was it not everyone's dream at one point to become a professional surfer because Kate Bosworth looked so cool doing it? Just me? Okay. Anyways, you can't go to Hawaii and not take surf lessons but just try to leave all the drugs and alcohol out of the picture if you can. You remember how the movie goes.

*Twirls in an alpine pasture* The hills are alive for obsessed fans all over the world, whether they're sixteen going on seventeen or a lonely goatherd. Sing Do-Re-Mi in all the same spots as the Von Trapp Family did and never mind all the weird glares you'll get from the locals.

Just like Julia Roberts did in Eat, Pray, Love, revitalize yourself by going on a vacation to Bali. Literally eat, pray and love through the beautiful island of Bali. And hopefully you'll find a nice man to join you in the search for yourself.

If you're looking to be lost in translation, this is the place to go. Maybe you'll find another miserable buddy who will help you along the way and guide you through this foreign city.

If you visit here, please don't try to survive in the middle of nowhere on an abandoned bus. There are plenty of other cool things you can do in Denali National Park that involves surviving, which sounds way better. But no matter what you choose to do, the views will be unreal.

16. Amsterdam, Netherlands // The Fault In Our Stars

The Fault In Our Stars is the modern day A Walk To Remember. But with more travelling and way better scenery. Make sure you take a ride on a gondola, make out on that famous bench and you probably shouldn't waste your time going to a mysterious authors house.

What would make this view even better is if you sang everything you felt during your trip. Similar to Mamma Mia, you'd get through all of your ups and downs by belting your heart out whenever necessary. That's just how things work in the real world... right?

18. When you remember Genovia isn't a real place // The Princess Diaries

Not sure if I should be disappointed that it's not a real place, or embarrassed that I care. Anyone who has seen this movie at some point was shocked to find out Genovia isn't real, but it's real in our hearts.