9 Bucket List Drinks You Have To Try In Kingston

Bringing happy hour to the next level. 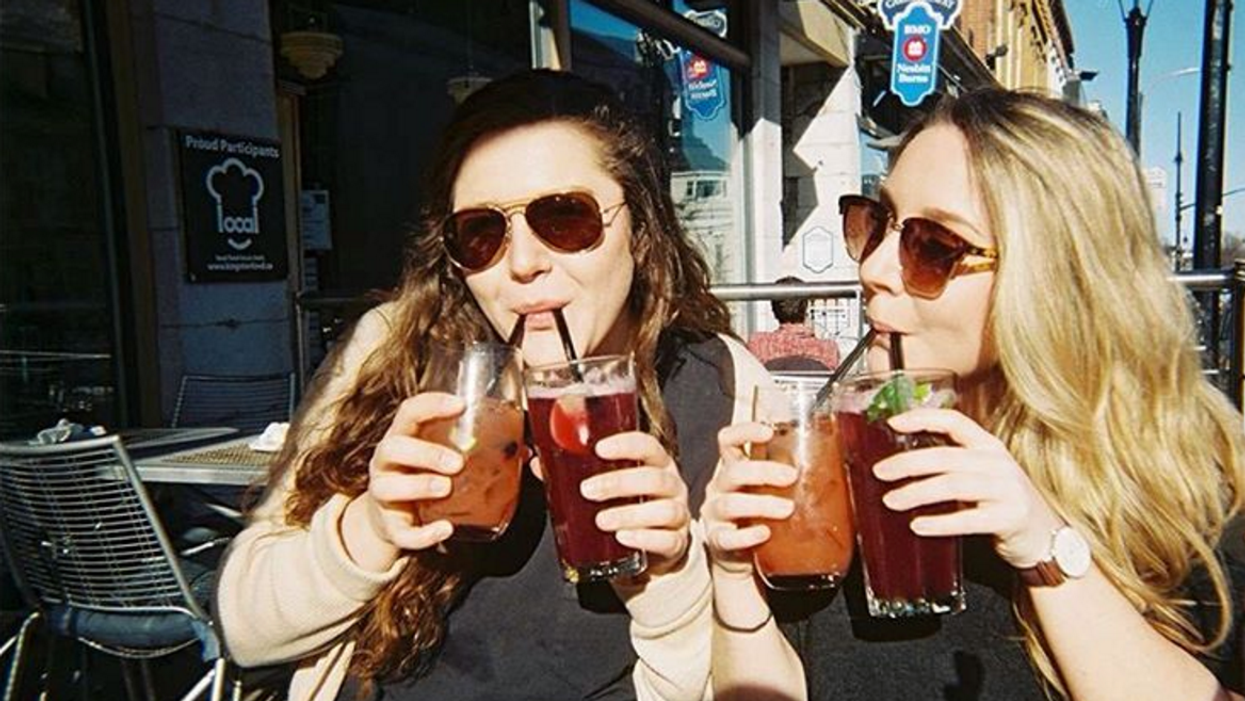 Kingston may be small, but there's nothing lacking in our bar scene. From FAR AND WIDE people come rolling in for our amazing city. Not only do we have gourmet, local restaurants, but we also have bartenders that make you feel like saying shaking not stirred, they're THAT suave.

And why shouldn't we all treat ourselves once and awhile? (Of course once and awhile could mean every day or every week, to each their own.) But with the sun rolling in and moods boosting, I think it's all time we set out on a new adventure. Go through the 613 and reward yourself by sipping on some carefully crafted concoctions. Here's to you summer, cheers.

You'll never be let down by the drink options at Atomica. They have creative cocktails like Fig and rosemary fizz to classic, refreshing sangrias. Our fav has got to be this refreshing Pomegranate-Blueberry Mojito (one of 4 custom mojitos you can choose from!)

You can always count on an amazing selection of beers at the Red House, but they're taking it a step further with their legendary Cask Festivals. Their last one in May included casks from Stone City Ales, Napanee Beer Company, Mackinnon Brothers Brewing Co., Nickel Brook and more. If you're one of those people who can never decide on just one thing, this is for you.

The nostalgia of a milkshake with the adult touch of a lovely liqueur. What a combination! Pick from 3 of their signature spiked shakes, we love the Mint Dream - vanilla vodka, creme de menthe and mint chocolate chip ice cream. (But hey the Grandma's Treat also comes with candied bacon so we're torn).

For $8 you can get a tasting flight of three 6oz beers, and you won't ever have to worry about them being anything less than fresh. These guys make the beer in the back, making it one of Kingston most treasured, and central, breweries. They have mainstays (like the ships in the night Oatmeal Stout, and 12 Star Session Ale), and keep an eye on their website for their special releases!

This is one thing that brunch has been missing, a vanilla infused Woodford bourbon, Baileys cappuccino. Oui oui s'il vous plais.

Because really is there anything better than sipping on a classic Margarita while you're overlooking the waterfront? Shake it up a little bit by adding mango, peach, or guava! For those who aren't in the mood for that fiesta though, take on the Caesar Diablo topped with a lobster claw.

Feel like you're in a German beer hall with this huge drink. It's not so much the drink that you get but the experience you get with the schooner. The mansion is known for their dope live music, and their tiki bar and volleyball court in the summer.

If you ask any Queen's student what to get at QP, most likely they'll say one of their infamous Sangrias (my personal fav is the Bachelor Sangria, half for the entertainment that goes with it). But the real winner at this classic student hub? The Pickled Ceasar.

People may head here for the gourmet pizza, but you'll be staying for this cocktail. The Peter Sellers is a refreshing blend of vodka, Chambord, pineapple juice and fresh grapefruit juice to make you feel as boujee as you are. Another refreshing option is the June Cleaver ith Hendrick's gin, cucumber, fresh lime, and cranberry juice.