Canadians in this city are actually trying to find the perfect name for their new snow plows since they love them so much. 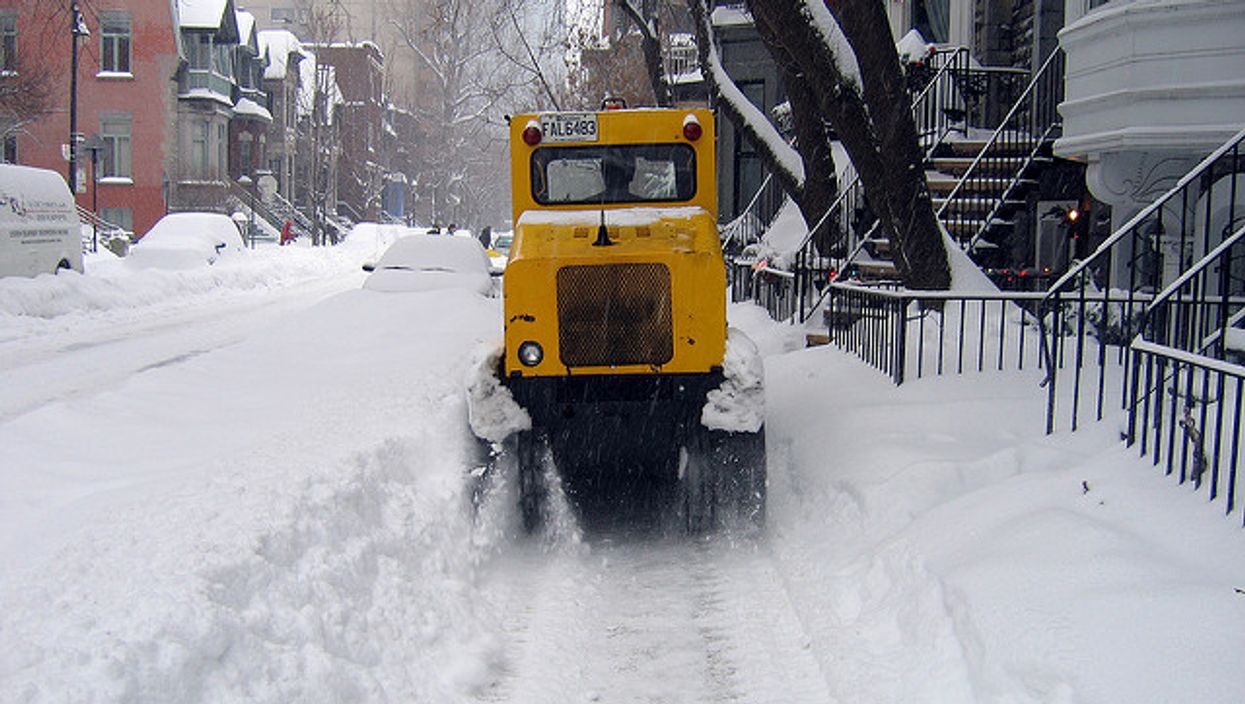 Here in Canada, we have an appreciation for winter snow removal equipment. Even if you don't think about it that often you have to admit, snow plows make your life exponentially better. So much so that Canadians in this city are actually trying to find the perfect name for their new snow plows.

In Ottawa this past winter, the city has been trying out five brand new snow removal machines. They look like a combination of a sidewalk plow and a steam roller, except with spikes on them. The machines are designed for breaking up the ice on the sidewalks, by perforating it with the spike. Then a regular plow goes behind picking up all the ice chips.

A tool like this is especially handy in a city like Ottawa, where they were recently handed the unofficial gold medal for having the worst winter in all of Canada. It's well deserved too. Not only was it cold and snowy, but they also dealt with flooding from melting and their sidewalks becoming literal ice rinks as the temperatures plummeted.

That's where their new machine comes in handy. One city councillor tweeted about the success of the new ice machines, but said he is sick of calling it the roller-with-spikes.

Getting a note or two about the positive results being achieved on our icy sidewalks by that roller with spikes. Has anyone come up with an awesome name for that beast? I can't keep calling it a roller-with-spikes. Is it the Icenator? Hellspike?

So he asked Ottawans to come up with some new names for the special plows. He also suggested the Icenator or Hellspike.

People responded with their own ideas. Here are some of the best:

The 'Pick-Up Line'! It's enough to break the ice!

One popular name that is emerging from the Twitter responses is the name Wesley, after the Star Trek character Wesley Crusher, given that the new machine is also a crusher.

Naming snow removal machinery seems like a super Canadian thing to do, but we aren't the only ones doing it. In Scotland, they previously named their "snow gritters" Grittie McVittie, Sir Salter Scott, and Ready Spready Go.