Ottawa's Pool Moose Has Gone AWOL & We Miss Her Already

We moose her so much. ❤️ 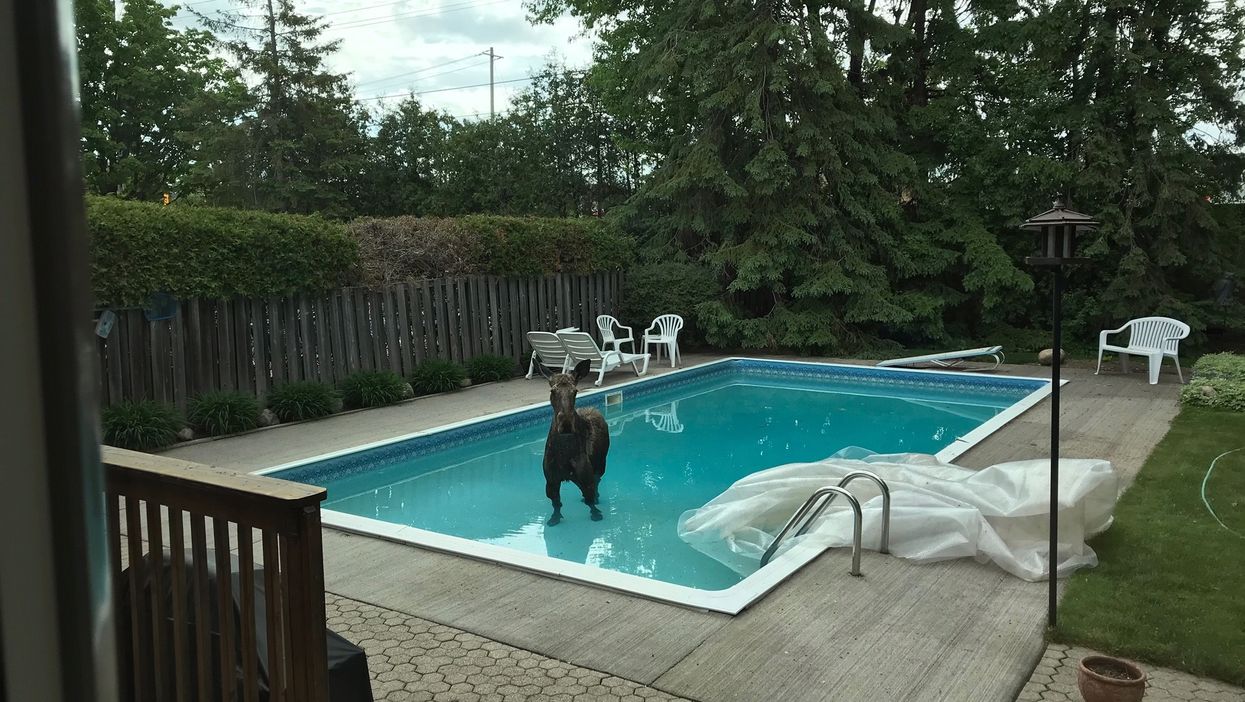 There's a happy ending to this adventure. The moose in Ottawa that went for a swim in someone's backyard pool made her way back to the wild all on her own. What a fun morning she must have had!

After spending the morning lounging around in a pool and beating the heat, it's back to the forest for this moose.

Ottawa By-law shared an update about the adventurous animal got out of the pool all on her own and made her way back into her natural habitat.

So, no chemical immobilization was needed to bring her back to the wild.

"Fortunately, she just climbed out by herself, raced across the yard and jumped a fence — it’s about five-and-a-half feet — into the neighbour’s yard," Paul Koch, the homeowner, told the Ottawa Citizen.

He said that police spotted her sprinting across the street in the area of Hunt Club Road and Uplands Drive before disappearing into a wooded area.

Koch first spotted the moose in his pool in the morning.

She then spent a couple of hours splashing around the deep end and later standing up in the shallow end.

He couldn't tell if she was stuck in there and trying to get out or just enjoying a break from the heat.

Good news! The young female moose who went for a swim in a pool in the Hunt Club area this morning, exited the pool… https://t.co/JzMmxLqMtj
— Ottawa By-law (@Ottawa By-law)1590777089.0

Koch contacted the police and the Ministry of Natural Resources about the moose in the morning.

He believes that she must have gotten into his backyard the same way she got out, by hopping a fence.

"It certainly made my morning," he said.

Koch told CTV News that the animal did end up making a hole in the pool's lining during her dip.

According to National Geographic, moose are at home in the water and are really good swimmers.

So, it's not surprising that this one stayed in the pool for hours.

Ottawa is no stranger to moose incidents.

Just last month a baby one was on the loose not that far from where this one went for a swim.