She says she hasn't seem them in 12 days. 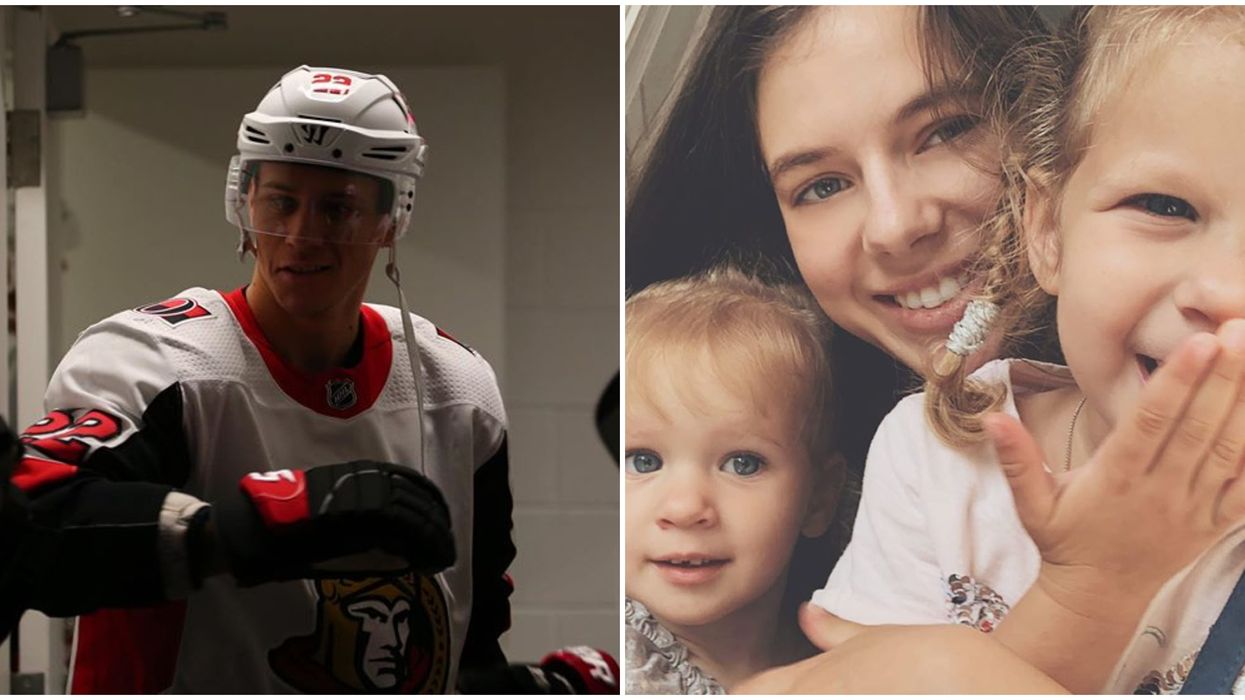 Allegations have emerged online as former Leaf and current Ottawa Senators player Nikita Zaitev's ex-wife has accused him of kidnapping. In a video posted to her social media, Margo Gotovtseva shows what appears to be Zaitsev and other men taking her daughters into a vehicle. She claims she hasn't seen them in 12 days.

Gotovtseva, who goes by margo_ruby on Instagram, uploaded the video early in the morning on December 6, 2019. It was accompanied by a long caption written originally in Russian.

She goes on to say there was a "feeling of powerlessness" as she claims she was grabbed by a stranger on the street and three men, who are shown in the video, pulled her kids away from her and their nanny.

Based on the clip, it appears one of those men was the 28-year-old professional hockey player.

However, Gotovtseva doesn't name Zaitsev specifically in her caption, but she does call out his parents and even tags his father Igor Zaitsev in the video.

"I now turn to my ex-mother-in-law and father-in-law: You can call names, insult me, and even attack anything!" she says, originally in Russian, "But you have no right to entangle tiny girls in [your] showdown with me! Give me back my daughters and don’t hurt their childhood psyche anymore!"

In response to the shocking Instagram post, Igor Zaitsev has posted his own statement, also written in Russian, disputing the claims of kidnapping.

"In the light of recent events, a lot of rumours, speculation and other nonsense have appeared. I would like to explain to some tearful well-wishers, “friends”, friends — never draw conclusions without hearing the other side," he wrote.

He goes on to accuse his former daughter-in-law of neglecting the children, partying, leaving them behind with a nanny, and not communicating with them for months.

Nikita Zaitsev is a professional hockey player from Moscow, Russia. He played for the Toronto Maple Leafs before being traded to the Ottawa Senators earlier this year.

Narcity has reached out to the Senators for a comment and will update this piece once we receive a response.

On November 22, Zaitsev took a leave of absence from the team to return home to Russia for personal reasons. It's unclear if this break is related to the video.

In a tweet posted today, an agent representing Zaitsev has also refuted the claims. The statement reads, "the story that is being circulated online by the ex-wife of my client, Nikita Zaitsev is not accurate."

"Nikita's children are safe and with his parents, at his parents home in Moscow, where they normally reside. Nikita's ex-wife knows where the children are and that they are safe," it continues.

The statement goes on to say that law enforcement considers it a private matter and asks for privacy for the family.*

*This story had been updated.